William Morris and the Thames

In August 1880, William Morris embarked with family and friends on an expedition along the Thames from his home in Hammersmith. The destination was the family’s country residence, Kelmscott Manor in Oxfordshire.

The trip inspired Morris, textile designer, poet and novelist, to write News from Nowhere. This utopic novel focuses on Morris’s socialist ideas, particularly emphasising common ownership of the means of production, and a libertarian, rather than state controlled, socialism.

An exhibition, currently running at Henley River and Rowing Museum explores William Morris’s connection to the Thames and the influence that the river had on his work. The exhibition includes Morris’s autograph manuscript describing his journey along the river, on loan from the British Library (Add MS 45407 A). 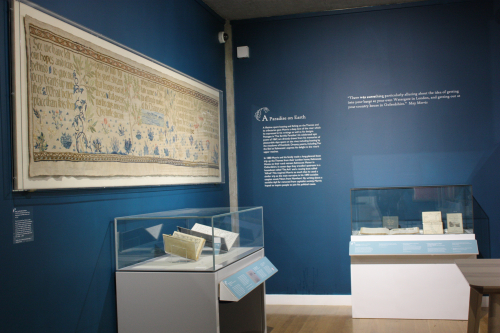 The manuscript on display (left-hand case) in the exhibition, An Earthly Paradise: William Morris and the Thames, at Henley River and Rowing Museum

The manuscript is full of anecdotes and details from their journey. After sharing a joke with a waiter in Sunbury, ‘some of the males of the party seemed to think that they were entitled to indulge in the most abominable puns for the whole of the rest of the journey’.

The party was ‘Towed into the middle of Maidenhead Regatta’ and after reaching Great Marlow that night the Aurora Borealis or Northern Lights, rarely glimpsed in Britain, were visible. 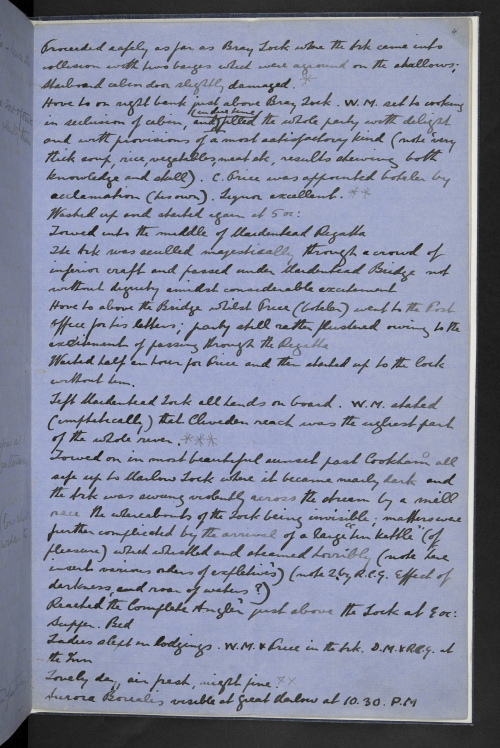 Once the travelling party reached Henley they ‘stopped for dinner on right bank; W.M. cooked in cabin of Ark; result excellent’. However the dinner was soon interrupted by a group of swans who, luckily, soon ‘retired without breaking any man’s arm’.

The manuscript reveals the spirit of camaraderie between the travelling companions and the details of the people encountered, towns visited and the astounding natural beauty that they witnessed hints at the idyllic world of which Morris was inspired to write. 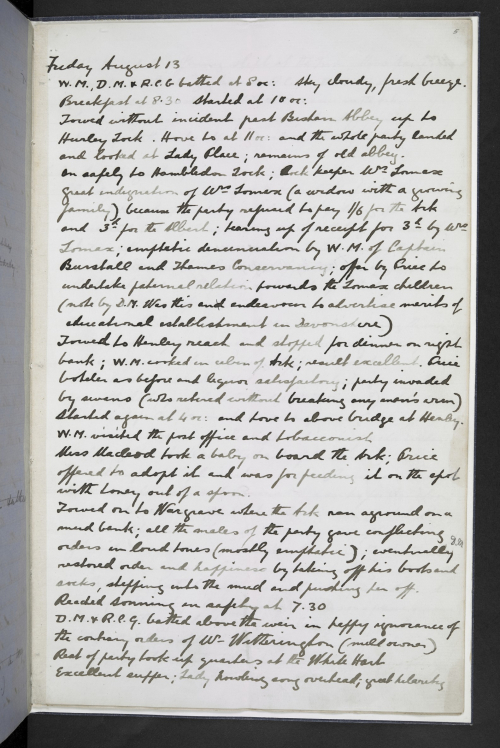 An Earthly Paradise: William Morris & The Thames runs until 14 July at Henley River and Rowing Museum and includes hand-drawn textile designs, a signed copy of News from Nowhere, materials from the Morris & Co. workshop, along with his Thames series of textiles.

Posted by Catherine Angerson at 09:01:00 in Arts and crafts , Journeys , Literature , Manuscripts , Writing