Where there’s a quill, there’s a way of telling how old it is; although not infallible it can give an idea.  The clue is by the way it is dressed – how the feathers are cut and shaped.  What many people do not realise is that there are left and right-handed quills depending on which side of the bird’s body the pinions come from.  The last quill in the image below is a left-handed one. 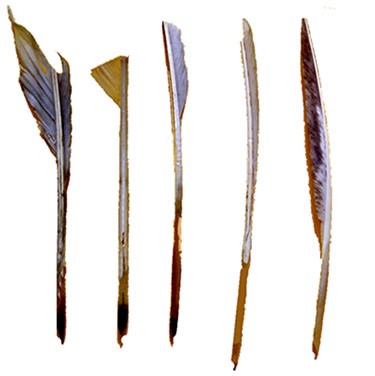 It’s a feather!  So what?  You can pick them up all over the place.  Maybe, but those feathers charted the course of history and literature for about 1,800 years, when they competed with and eventually lost out to the steel nib.  Many scholars are almost certain now that it was the Romans who changed the feather from an instrument of flight to an instrument of writing with the goose as the main victim.  However, we have to wait half a millennium until we get visual evidence for the quill and that is from a mosaic in the church of San Vitale, Ravenna dating from around 547 AD. 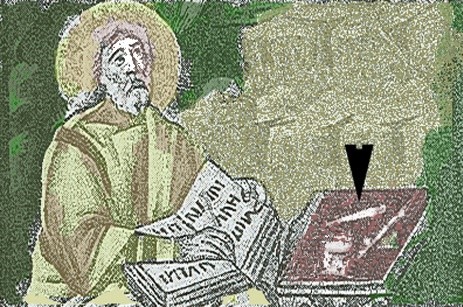 The quill continued to flourish with almost twenty-four million being imported into London alone in 1831, despite the plentiful supply of steel nibs that had been introduced about eight years earlier.  Quills were used in every walk of life including, of course, by authors and poets.  Among these was Alfred, Lord Tennyson who, whilst living on the Isle of Wight in the mid-1850s, bent the end of his quill and threw it down in disgust.  It was picked up by a local farmer, William Thomas, in whose family it was kept until its donation to the Museum of Writing.

Come and see Tennyson’s quill in our exhibition Writing: Making Your Mark 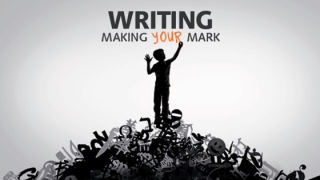 Posted by Margaret.Makepeace at 09:00:00 in Arts and crafts , Innovation , Writing