We left sixteen-year-old Mermanjan in 1849 about to run away from Afghanistan to find her beloved Captain Thomas Maughan in north-west India (today Pakistan).  Accompanied only by a servant, Mermanjan rode her horse close to 1,000 miles from the Khyber Pass through Multan and Kohtri to Karachi. 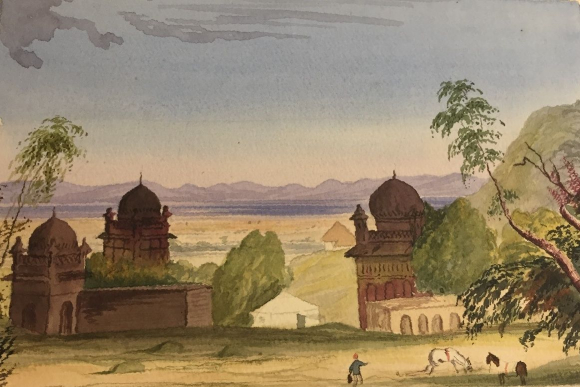 They encountered hardship and prejudice on the way, on account of being Muslim, but also found people who helped them on their way.   When the fugitives’ money ran out and they were facing hunger, Mermanjan decided to sell her ring at a local bazaar.  The shop owner paid them much less than it was worth, but an Indian soldier saw that they were being tricked and made the shop owner give them the rightful amount. 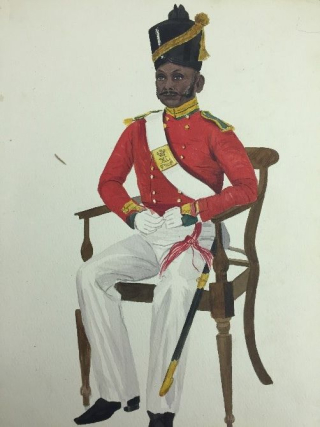 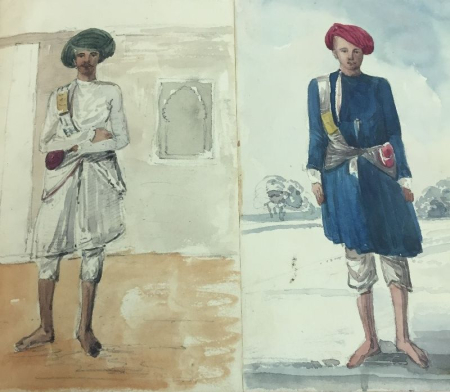 On their final stretch in Kotri when they had to cross the Indus river, they found that they didn’t have enough for the boat fare.  They pleaded with the boatman and even though he could not understand them, he had heard of Captain Maughan and his regiment. Presumably Mermanjan had written ahead to tell him that they would be arriving, and by chance the day before Thomas had sent an orderly to find them.  The boatman rushed off and caught the orderly just as he was about to buy his return ticket. He took the man to the travellers, and soon all was arranged.

When the travelling party finally made it to Maughan’s bungalow, Mermanjan refused to dismount until her beloved came out: ‘he will only know me when he sees me on my black horse, for I am in rags and soiled and disfigured with boils and blisters and very ill’.  She sat there patiently but ‘almost fainting from fatigue and fear now that the terrible strain of her great adventure was nearly at an end.’  Maughan was urgently sent for and found her a ‘poor huddled little form’ seated on her black horse sobbing bitterly.  ‘Tenderly he carried her into her house and sent for the doctor… soon she was cared for and comforted but it was a long time before she recovered from the effects of her hardships and was very ill for many weeks’.

In the early days after Mermanjan was reunited with Thomas, she could not be persuaded to see anyone, so nervous and frightened had she become.   A fellow Colonel remarked: ‘[he] always made an awful fuss over her, even to bathing her daily even when she was over twenty’, also buying her dolls and picture books as though she were a child.  From these years Mermanjan kept many of Thomas’s little drawings calculated to amuse his young wife - little ladies in crinolines; caricatures of his fellow officers.  She used account books to practise writing rows of letters as she gradually learnt to write in English.   She preferred seclusion ‘considered by the higher orders as indispensable to a woman after a marriage’ and took to flower arranging in the house. 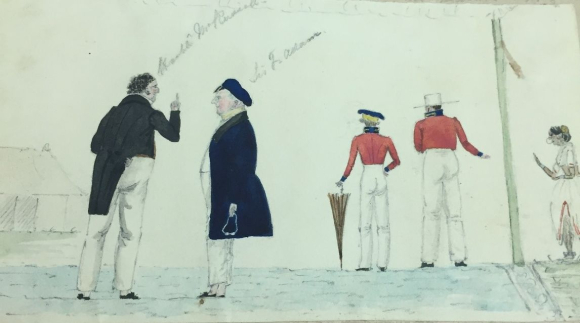 These were perhaps the happiest years of Mermanjan’s life. However, there was not to be a fairy-tale ending for our heroine.  Find out what happened next in Part 3!