Finding Mermanjan – the star of the evening Part 1

While sorting through family papers, I discovered that my grandmother Gertrude Dimmock had written a book about Mermanjan, an Afghan noblewoman who had run away to India after falling in love with an English army officer in 1849.  This was a true story told by Mermanjan to my great-grandmother Beatrice Dunsterville, wife of a Surgeon Major in the Indian Medical Service. 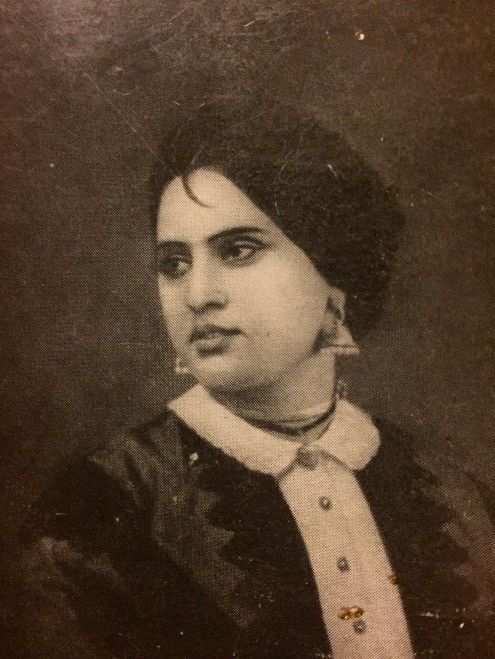 Beatrice inherited all Mermanjan’s ‘treasured relics’ including her traditional dress, her personal diary and letters, first-hand accounts of her story, and paintings and sketches by her husband Thomas Maughan.  She wanted her story to be told to the world. Many years later, my grandmother pieced together the story of ‘love and hate, joy and sorrow, faith, courage, and endurance’ and published Mermanjan – Star of the Evening.  Gertrude donated the papers and drawings to the India Office Private Papers at the British Library and the traditional dress is held in the British in India Museum in Nelson, Lancashire.

I decided to delve deeper into this extraordinary intercultural love story.  An account by Thomas Maughan tells how he met his future wife in 1849 when serving in Afghanistan with the Bombay Army.  Whilst out riding one evening, he happened to pass Mermanjan, aged about sixteen, mounted on a spirited black horse in her national costume, accompanied by male escorts. Mermanjan was the only daughter of an Afghan noble, niece of the Amir of Afghanistan, Dost Mohammed and of the Durani tribe of the Afghans. Her father owned a lot of land around Peshwar and her mother was Circassian who had tragically passed away a few years before. 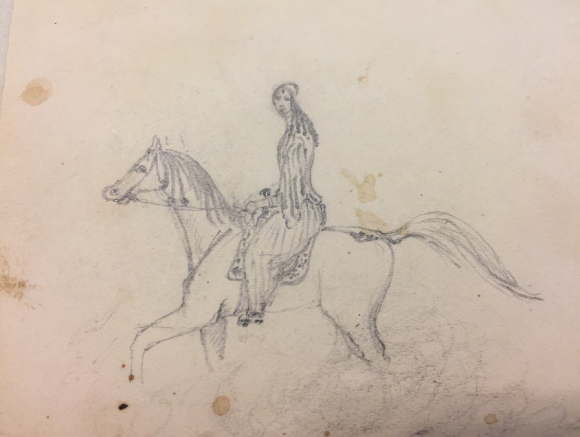 Maughan wrote how it was ‘love at first sight- a strong lasting never swerving devotion became our destiny from that moment'. 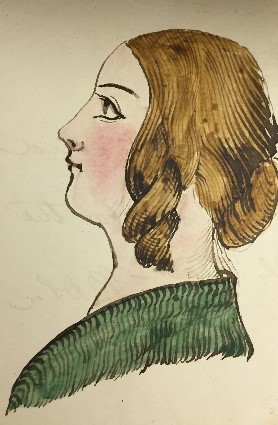 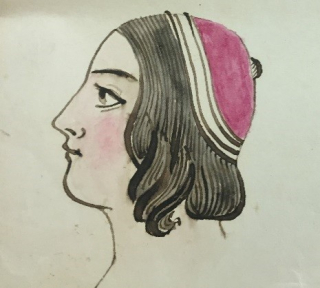 The attraction was reciprocal: Mermanjan found Thomas to be ‘the most handsomest and most splendid figure of a man that she had ever seen, and childlike she turned to look after him as they passed and found that the officer also turned to look back at her’. 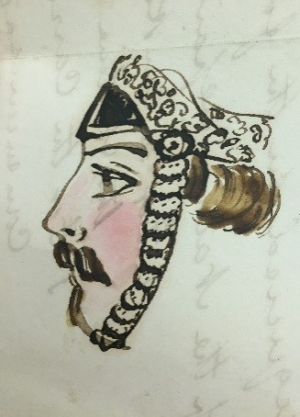 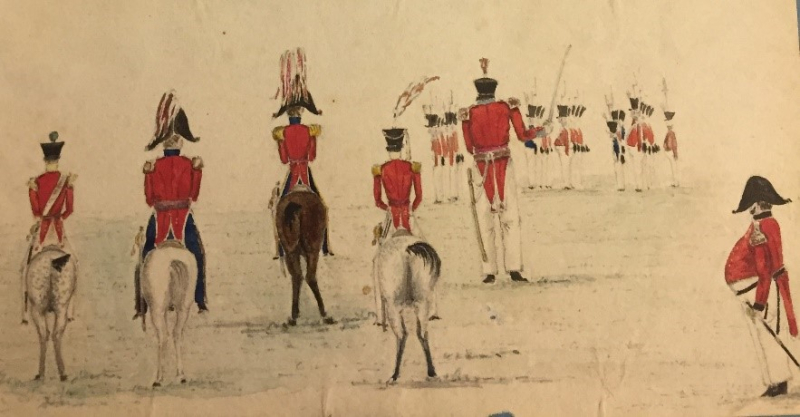 They met again, ‘exchanging ardent looks’.   Mermanjan arranged to ride out alone, and Thomas followed her at a distance.  She led the way to a deserted orange garden, where the ‘romance that soon deepened into devotion’ started. They did not speak the same language, but Mermanjan reminisced romantically that ‘the language of the eyes is eloquent enough in the East’.

Mermanjan was a devout Muslim, and Thomas a Christian.  Christian marriage ‘would have been but a prelude to the certain and cruel death [of Mermanjan] at the hands of her incensed relatives’.  Therefore they were united by the simple ‘Nikkah’ ceremony which is a celebration of the marriage contract without religious rites or social festivities.

Then Thomas had to leave Afghanistan: ‘...vainly the infatuated man implored her to fly with him, tears even coursing down his manly cheeks.  However though she could not make him understand in her language that to attempt to leave with him would mean pursuit by her fierce father and valiant brothers  and certain death for her and renewed hostilities with the soldiers, she remained obdurate and with breaking heart took leave of her lover and true husband’.   Thomas returned to India, and Mermanjan became intensely depressed through separation from her beloved husband.

After a few months, Mermanjan decided to run away to find Thomas, accompanied by a faithful slave and armed with a dagger ‘to protect her honour on her perilous journey’.