Findings from the Bindings: Nazi Era Spoliation Research at the British Library IV – Lost and Found, The Biccherna Panel

A British Library reader has asked: what happens when you find a collection item that was stolen or displaced during the Nazi period, and was never returned to or recovered by the original owner?

In 2013, the British Library received a restitution claim for Davis 768, the Biccherna Panel, a 15th century painted wooden panel that was used to encase tax records in the treasury of the Palazzo Pubblico (centre of civic life) in Siena.  The panel had been in the gallery stock of a Jewish owned firm, the A.S. Drey in Munich, since 1930 when it had been acquired at auction.  Forced to liquidate their assets by order of the Reich, the Drey firm’s holdings were sold at the Paul Graupe auction house in Berlin in 1936. 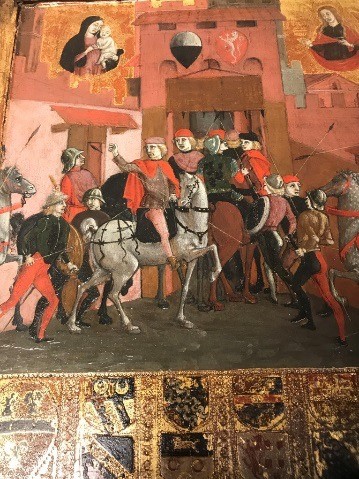 Davis 768 Wooden panel for the accounts of the Biccherna of Siena, painted by Guidoccio Cozzarelli, 1488, oil on panel ,depicting the return to Siena of the Noveschi, a mercantile-banking oligarchy, and showing the armed exiles with their leader, Pandolfo Petrucci (1452-1512) on a white horse, before the Porta di Fontebranda 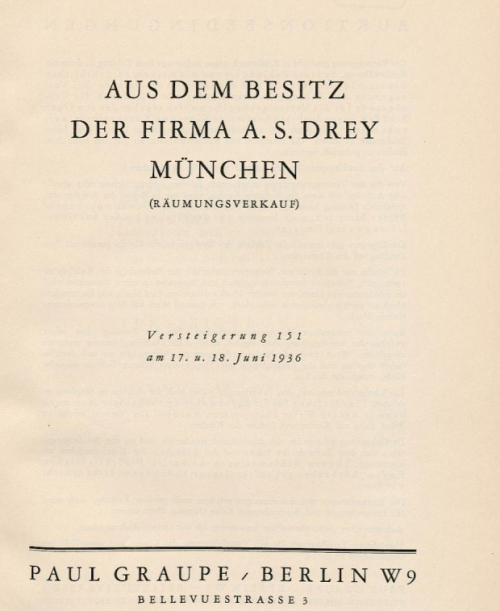 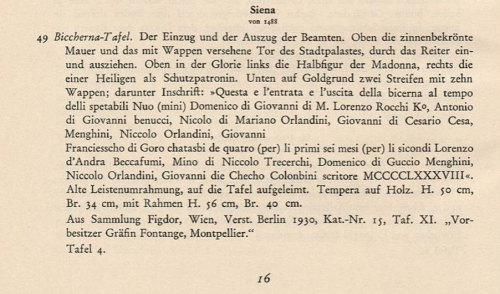 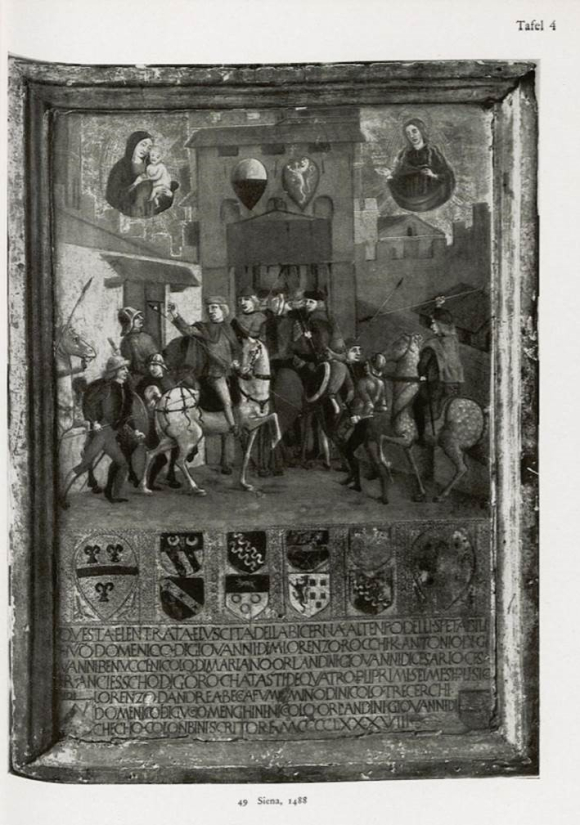 While the buyer at the 1936 sale is unknown, the panel passed to the collection of British business-man and collector Arthur Bendir (b.1872), London.  Shortly afterwards in 1942, Bendir sold the panel at Sotheby’s London where, unaware of the object’s past, it was acquired by Henry Davis (1897-1977), O.B.E.  In 1968, the panel was gifted along with the rest of the Davis Collection to the British Museum, and in 1972 entered the collection of the British Library.

As research showed that the Biccherna panel had never been returned to the Drey firm, or its heirs, and the 1936 sale recognized as forced, with the contents of the auction being sold for a fraction of their value, the British Library was open to restitution.  National legislation typically prevents de-accessioning collection items (the process by which an object is permanently removed from a museum or collection-based institution’s holdings).  However, a 2009 act of the UK Parliament - The Holocaust (Return of Cultural Objects) Act 2009 – has authorised certain national institutions to return an object in the event of specific circumstances.  Any claim must first be reviewed by the Spoliation Advisory Panel, a non-departmental public body created in 2000 under the Department for Culture, Media and Sport.  If presented with a Holocaust era claim, the Panel has the authority to recommend an object’s return, with final approval being given by the Secretary of State for DCMS. Alternatively, the panel may also recommend financial compensation be paid to a claimant.

After reviewing documentation from both the Drey heirs and the British Library Board, the Advisory panel recommended the return of the panel to the claimants. Through amicable discussions, however, the heirs chose compensation in lieu of physical restitution, and the panel has been retained by the library collection since.  The panel continues to be researched and studied, and its unique history within the fields of book-binding, early Italian panel painting, the history of collecting, and Nazi era spoliation shared.  The panel is currently on view in the British Library Treasures Gallery.