Stage productions had been censored since the Tudor era but the Stage Licensing Act of 1737 established a procedure of theatre censorship overseen by the Office of the Lord Chamberlain.  Most of the work was carried out by an official reader, the Examiner of Plays.

The Examiner of Plays wielded a substantial amount of power. The theatre was a powerful means of communication and the censors decided the limits of creative licence, often influenced by their own moral, religious and political leanings.

The British Library’s collection of manuscripts for plays submitted to the Lord Chamberlain’s Office for licensing begins in 1824 when playwright and theatre manager George Colman was appointed Examiner of Plays. 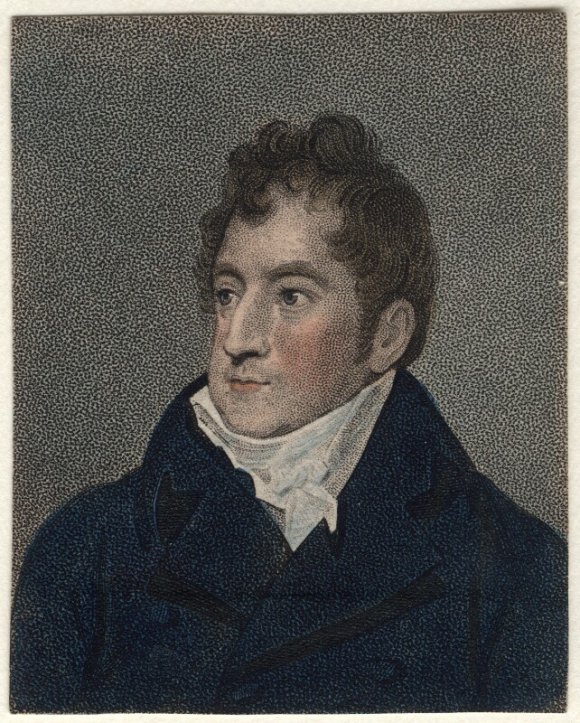 Colman was particularly concerned by political themes in plays, dictated, in part, by the tumultuous times in which he was working.  The government wished to repress radical reformist politics and passed new laws meting out harsher punishments for publishing blasphemous and seditious works.  Colman was quick to deny authors the chance to show their plays if he deemed them politically dangerous.

We can see how tough Colman was by his reaction to Mary Russell Mitford’s play, Charles the First, when it was submitted to him in 1825. 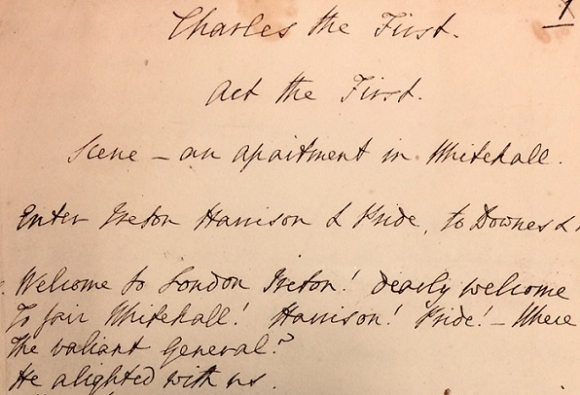 If we look at the entry in the Lord Chamberlain’s Office Day Book we can see that the play was refused a licence. 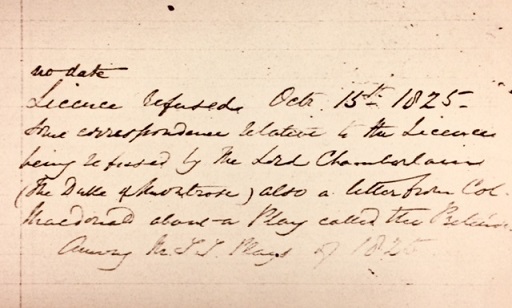 Although, Mitford believed her play to be a favourable portrait of King Charles I, it was refused a licence.  Colman wrote to the Lord Chamberlain:  ‘…Charles the First (of England) – brings, instantly to mind the violent commotions & catastrophes of that unhappy Monarch’s reign…the piece abounds (blasphemously, I think) with Scriptural allusions & quotations, & invoked over & over again, by hypocrites, & regicides’. 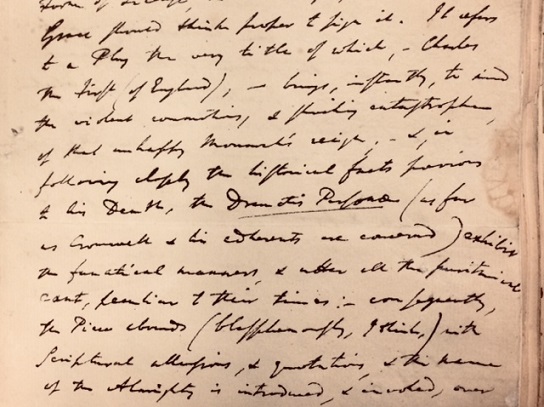 As the threat of revolution was in the air, Colman deemed Mitford’s representation of the execution of a King far too dangerous to allow on stage.  The Lord Chamberlain agreed.  Colman’s reply to the theatre owner was casually dismissive: ‘I have less regret in communicating this intelligence as I think you might have anticipated it’.

Mitford’s response to her censor showed that Colman had already threatened to censor her next project: ‘I shall not now meddle with Henry the Second – especially as I believe that I perceive the reason which induces you to think the subject is a bad one’. 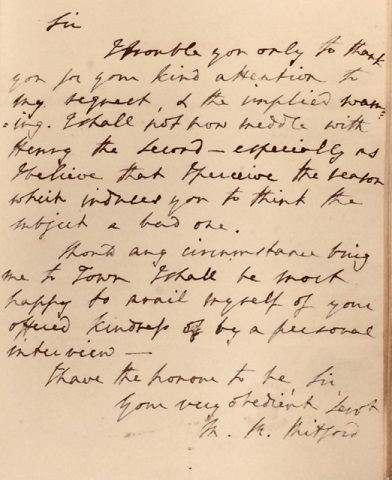 Mitford realised that themes of conflict and betrayal against authority were never going to pass the censor and so decided not to pursue her project, exercising self-censorship.  Colman’s reputation as a harsh judge meant that authors often chose not to test him, as it was likely they would fail to receive a play licence.

To the dismay of many playwrights, Colman continued to hold the office of Examiner of Plays until his death in 1836.  Until the end, he proved dedicated to his cause and many playwrights after Mitford were refused the right to produce their plays.

Posted by Margaret.Makepeace at 09:00:00 in Manuscripts , Politics , Work , Writing