William Bodham Donne became Examiner of Plays in 1857.  He officially assumed the role after the death of John Mitchell Kemble, but Donne had already been examining plays on his behalf since 1849.  Donne was dedicated to his job and took time to publish his thoughts on theatre in his Essays on the Drama.  In this collection, he deplored what he saw as a fall in standards in contemporary drama. 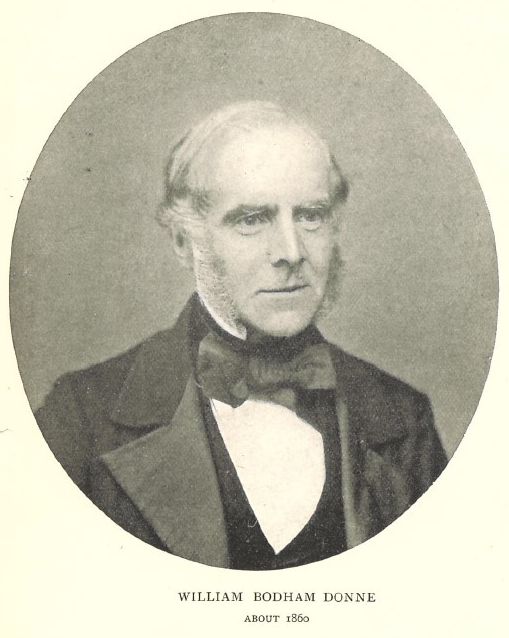 Chief among his concerns was the celebration of the petty criminal on-stage.  He believed that productions involving such criminal characters as Oliver Twist and Jack Sheppard would inspire the working classes into a life of crime.  With this in mind, Donne was quick to refuse licences to plays in this tradition.

Jack Sheppard adaptions were endlessly popular and this had been an issue of contention even for Donne’s predecessor.  Kemble had sought to ban these productions in 1844, but they kept on arriving on Donne’s desk.  This version by Sydney French was refused a licence without explanation in Donne’s Day Book. 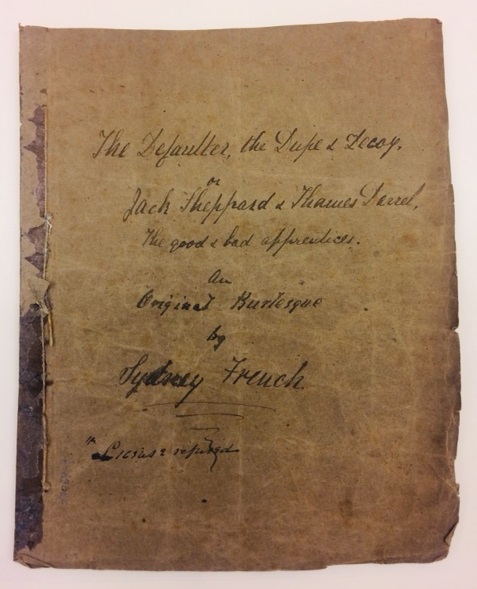 In 1853, Donne refused a licence to a play entitled, Wrath’s Whirlwind, because of its rebellious content. From the entry in the Day Book 1852-1864, we can see that the Lord Chamberlain agreed with Donne’s action against the playscript. In particular, he mentions the setting of the saloons, which ‘have a tendency to lower the morals and excite the passions of the classes who frequent these places’. 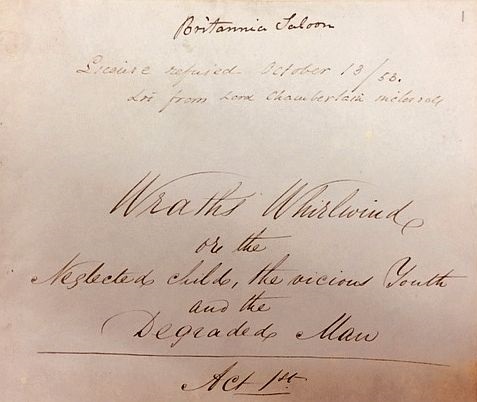 Another example of a play that did not make it past the censor is The Blood Spot by William Suter.  Suter had a habit of depicting the felon on stage.  His titles included Dick Turpin, The Robbers of the Pyrenees and The Felon’s Bond, but these were inoffensive enough to pass the censor.  The Blood Spot, however, seems to pushed Donne a little too far, and he scrawled his dismissal across the front of the manuscript. 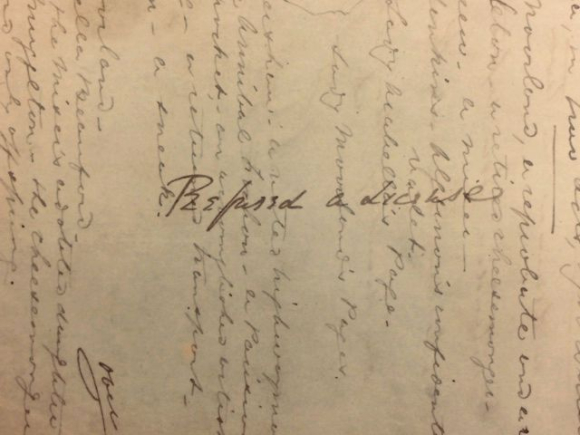 With these contentious plays out of the public eye, Donne could feel he had done his best to protect the morals of British theatre audiences, but as a man of detail there was little he would not consider suppressing for the sake of the nation.  A good example is his objection noted in the Day Book 1866-1870 concerning the play Faust in a Fog.  He stipulated the play could be produced, so long as long as the ‘Can-Can dance was excluded from the Bills’.

Posted by Margaret.Makepeace at 09:00:00 in Manuscripts , Work , Writing