Entered in the journal of the ship Fame for 1796-1797 is Captain Henry Liddell’s recipe for spruce beer which was believed to ward off scurvy:

Take 2 tablespoons of essence of spruce, add 20 or 21 lbs of molasses or coarse sugar with 20 gallons of boiling water.  When well worked together and frothing, add 1 bottle of porter or wine. Work them all well together, then let them stand until cool, keeping the bung closed for 12-15 hours.  When done working, it will be fit for use.

If the beer was given to the sailors on Liddell’s ship, it was not entirely successful.  On 24 December 1796 there were ‘from four to Six People sick for some time past, complaint is most Scurvey’. 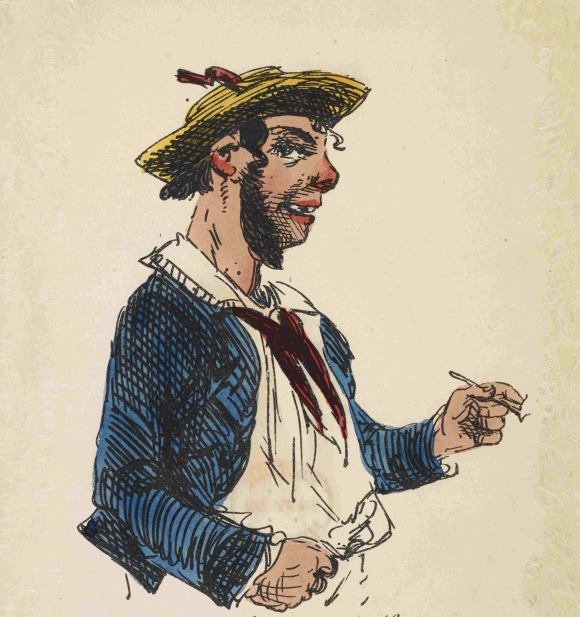 The Fame had been chartered by the East India Company from Calvert and Co for a voyage to Bengal.  The ship was built for the West Indian trade and had recently undergone thorough repairs.  Henry Liddell commanded the ship, assisted by two British officers: John Cundill, first mate, and Giles Creed, second mate.  33 crew members joined the ship on 22 July 1796 – twelve British, twelve Swedish, six German, two Danish and one Spanish. Of these, three died at sea, one drowned, and nineteen deserted.

The Fame sailed from England in convoy with a fleet of East Indiamen in August 1796.  The French Wars increased the dangers of the voyage and there are many sightings of strange sails noted in the journal.  The ship arrived in Bengal in February 1797.   On 19 March 1797, 32 crew were signed on for the return journey to England via St Helena – nine Swedish, eight Malay, and fifteen Portuguese (two of whom drowned the same day).  A cargo of 4,729 bags of sugar, 434 bags of ginger, 773 cases of indigo, and one case of cochineal was loaded.  Evidence of some plundering by the crew is recorded.  Rum, rice and paddy was delivered to the East India Company personnel at St Helena.   The Fame arrived in the Thames in December 1797.

The ship’s journal is written in more than one hand, with Liddell’s distinctive writing easily to spot.  On 7 November 1797 Captain Liddell composed a note complaining about his officers, particularly ‘everlasting Grumbler’ John Cundill who was ‘of such a Temper that if any thing of violence happens he has brought it on himself by his Capricious ways’.

The Fame made a second voyage for the East India Company in 1798-1799, this time to Bombay under Captain Richard Owen.  Unfortunately there is no journal for this voyage in the Company archives, although there is a copy of a memo by Owen about Company shipping.  He reports that there is very little news from India apart from the expectation of war with Tipu Sultan, with a Company expedition sent from Bombay to take Mangalore. Calvert and Co subsequently sent the Fame on slaving voyages captained by Diedrick Woolbert.