Pupils from the Asylum for deaf and dumb children

The Asylum for the support and education of the deaf and dumb children of the poor published lists of pupils’ names with some family details.  Some parents had more than one deaf and dumb child to care for.  I picked a family named in a report of 1817 to try to trace what happened to the children after they left the Asylum. 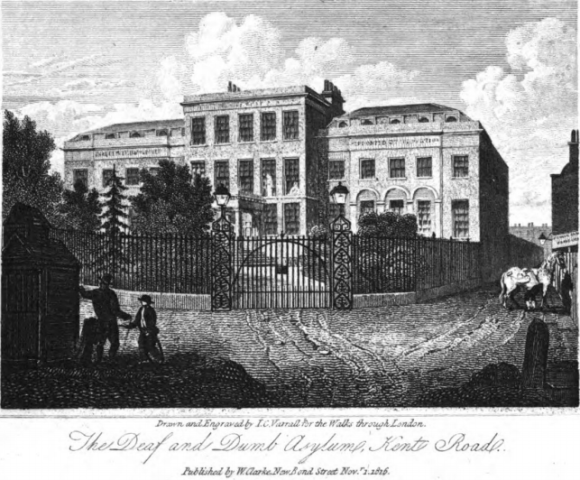 'The Deaf and Dumb Asylum, Kent Road' from David Hughson, Walks through London, including Westminster and the borough of Southwark, with the surrounding suburbs (London, 1817)

Pupils Henry and Louisa Tattler (or Tatler) came from a family of eleven children, four of whom were deaf and dumb. They lived in Plough Court, Fetter Lane, London. Their parents were James Tattler, a jeweller or trinket maker described in the report as ‘insane’, and his wife Mary Ann. In 1816 James was a patient at Bethlem Hospital which specialised in the care of the mentally ill.  He died in 1817, aged 44. 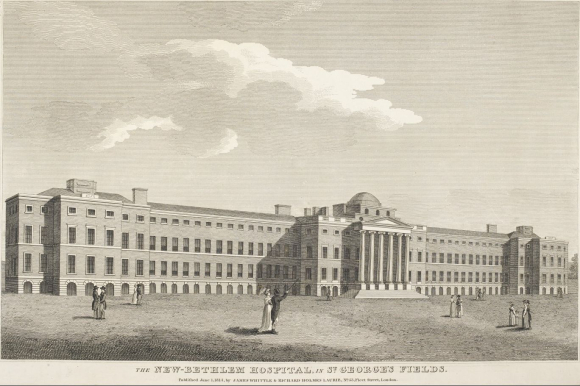 What happened to the family after James Tattler’s death?

Mary Ann continued to live in Plough Court. Henry Tattler (born 1804) followed his father into the jewellery trade.  He was apprenticed to Robertson and Co of Villiers Street in March 1820.  In 1851 he was living in Baldwin’s Gardens Holborn with his brother James (born 1793) who was a shoemaker described as partially deaf and dumb.

Louisa Tattler (born 1807) became a bookbinder.  Around 1841 she became a pauper inmate of the West London Union Workhouse.  She was still there in 1861.

Here is what I have discovered about some of the other siblings.

Anne Tattler was apprenticed aged 13 in 1810 to Joseph Anderson, a water gilder in Clerkenwell.  It is likely that she was the mother of Alfred Tattler born in the Shoe Lane workhouse in 1818. Alfred was buried aged three months.

Frederick Tattler (born 1801) lived in the Fleet Street area and worked as a carman and labourer. He married Sarah Wickens in 1839. It does not appear that they had any children.

Emma Rebecca Tattler (born 1805) had mental health problems.  She was admitted in January 1840 to the workhouse in Shoreditch and became the subject of a removal order to her home parish of St Andrew Holborn.  Her mother Mary Ann gave a detailed statement about the family’s circumstances going back to her marriage to James in 1792. The Shoreditch justice suspended Emma’s removal ‘by reason of insanity’ and she was taken to Sir J. Miles’ Asylum. However the removal order was executed in March because she was said to have recovered.  Emma died in March 1842 whilst in the care of the Holborn Poor Law Union.

Charles Richard Tattler (born 1808) was a wine cooper living in Finsbury. He married Susan Lawrence in 1830 and they had five children,

Edwin Tattler (born 1814) was a pupil at the Orphan Working School in City Road.  He then worked as a cooper before joining the Army, serving in the Rifle Brigade.  He deserted in December 1834 and the trail goes cold.

The story of the Tattler family shows what can be uncovered from online resources, especially for those who came into contact with institutions and authority.

Family history information can be found from findmypast and Ancestry under a variety of spellings for the surname e.g. St Martin-in-the-Fields Poor Law examination for Henry Tatler 1827 from City of Westminster Archives Centre and. Poor Law settlement papers 1840 for Emma Rebecca Tatler from London Metropolitan Archives.