One of the benefits of studying original manuscripts is in feeling a direct connection with the author to a degree that is not experienced in print. Much of Sir Thomas Roe’s writings during his embassy in India, from his journal to his letters, have been transcribed and printed.  We owe a debt of gratitude for this to Sir William Foster (1863-1951), the industrious and prolific Registrar and Superintendent of the India Office, as well as to the Hakluyt Society of which Foster served as President.  These transcribed and printed materials are easily and freely accessible in digital format online.  It is to these resources that I often turn during my own research.

Yet in encountering the handwritten original manuscripts, we draw closer to the people behind the writings.  We become conscious of their intentions as they write and the intended audience they write for. In the case of Roe, we become conscious that this was an official state ambassador recording his embassy perhaps for the benefit of his superiors back in England.  Thus his recollections in his journal may be coloured by an awareness of his audience.  And his accounts in his letters may seek to portray an embassy in a manner that reflects well on himself as ambassador. 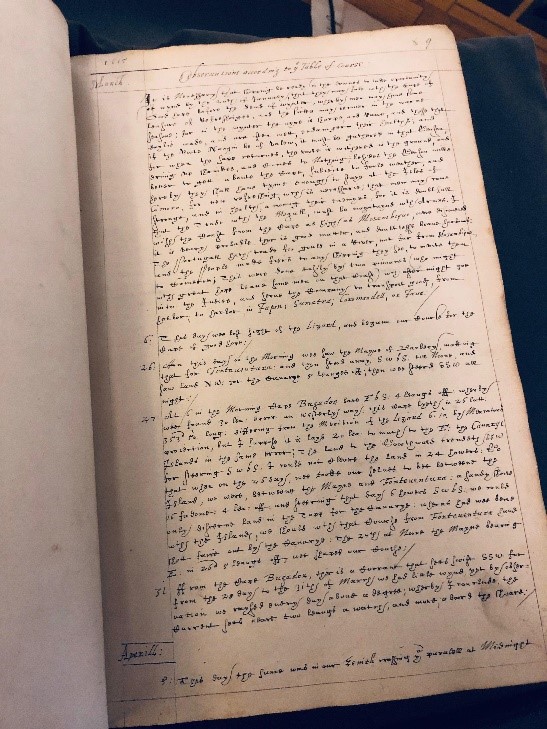 Roe’s memoirs and original letters are available for perusal at the British Library, and they prove an engaging read.  While his memoirs are part of the Western Manuscripts collection, which I have blogged about previously, his letters are in the East India Company archive in the India Office Records.  This in itself reflects the two cultural spaces Roe traversed and the engagement between them he sought to establish and nurture.

One of the topics often raised by Roe in his letters is the subject of saleable items at court.  Roe was after all a merchant ambassador seeking to secure a trade agreement with the Mughals.  In his letters we see lists of items deemed popular and saleable to the Indian court. 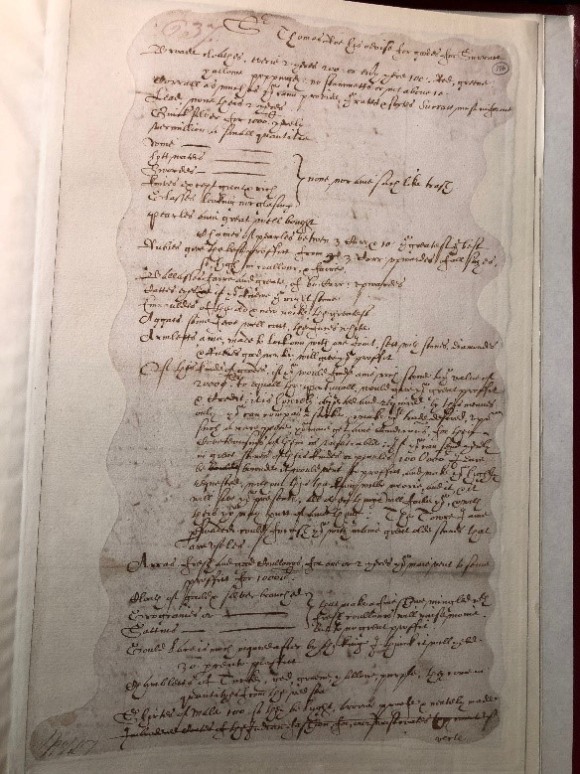 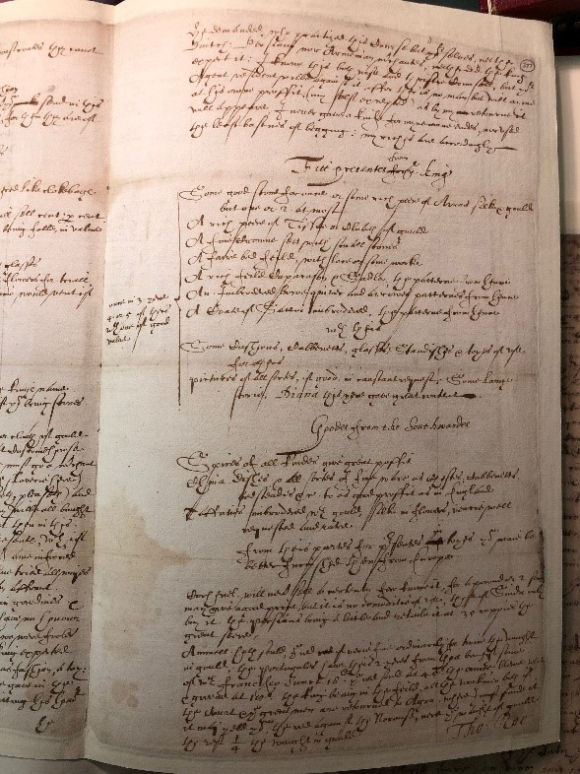 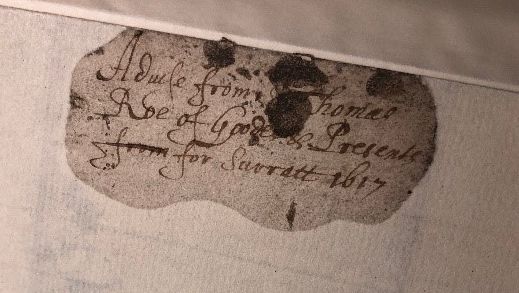 Roe also includes copious lists of presents. Mughal court protocol required visiting diplomats to present a gift to the Emperor. Roe’s letters accordingly include details of suitable gifts to be sent by the East India Company that he might impress the Emperor Jahangir.  Although in his memoirs and letters Roe would lament the “bribery” of having to give so many presents, as envoy he recognised the importance of the protocol to the Mughal court and sought to fulfill it. 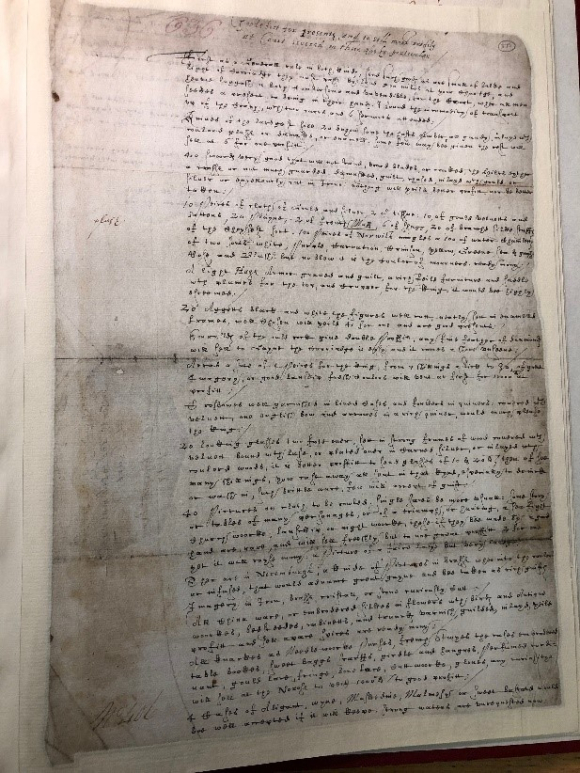 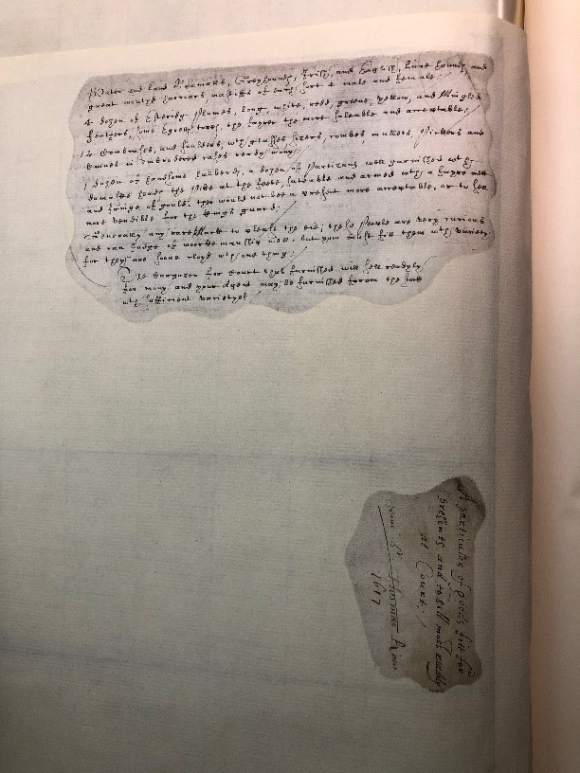 Roe would not manage to secure the trade agreement he sought, ultimately returning to England empty-handed in 1619.  The Mughals were among the most powerful and wealthy empires in the early modern world, and our less influential English isle had little to tempt them with.  Yet the ambassador’s letters reveal both the diplomatic efforts he invested in his embassy as well as his meticulous mind as a merchant in identifying commodities to sell, gift and, albeit unsuccessfully, entice the Mughals with.

Four centuries on we can look back upon a dramatic, impactful and often fraught history of Anglo-Indian relations that Roe is unlikely to have envisaged, but certainly was among the crucial first actors to play in.  As we recall that momentous embassy today, the manuscripts at the British Library are a perfect place to start to explore the historic journey.