Whilst cataloguing a new acquisition to the India Office Private Papers, I came across some interesting items relating to the General Strike of 1926.  The Garrod Papers consist of the family archives of William Francis Garrod, a Chaplain in the Indian Ecclesiastical Establishment from 1930 until 1947, his wife Isobel and their four children.  The collection also contains letters between Garrod and Isobel before they got married and moved to India, and it is in these letters that Garrod described his experience as a volunteer policeman during the Strike. 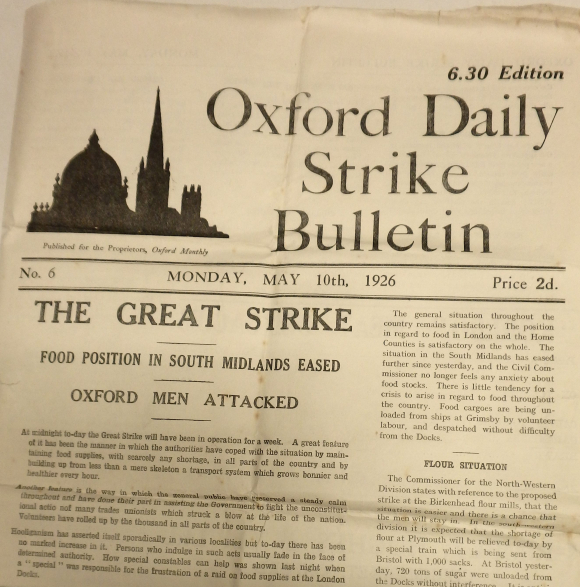 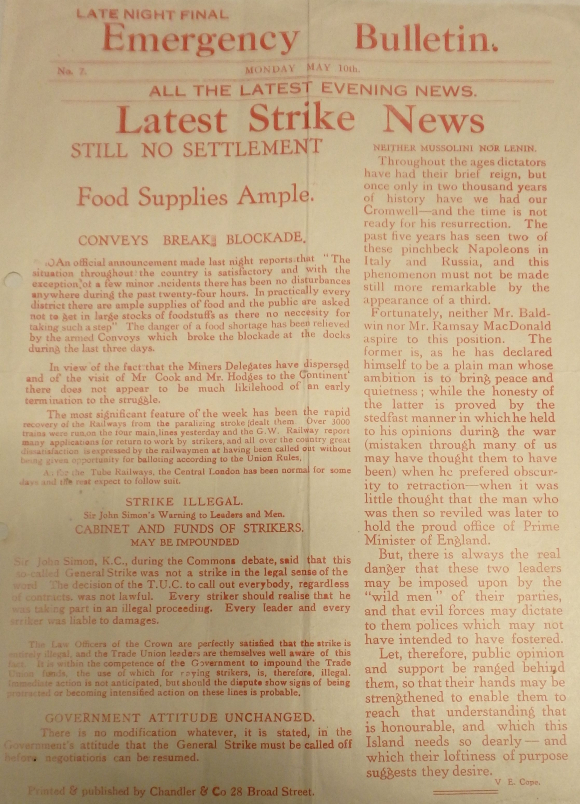 The General Strike was one of the biggest industrial disputes in British history.  It started with a dispute over the pay and working hours of miners, and spread to workers from other industries who came out in support of the striking miners.  Between 4 May and 12 May 1926, thousands of bus and train drivers, dock workers, print workers, and workers in the gas, electricity, building, iron, steel and chemical industries went on strike.  Protests by strikers took place in towns and cities around Britain, often coming into conflict with the police.  The Army was mobilised to protect food lorries and volunteers began doing some of the work of strikers, such as driving buses. 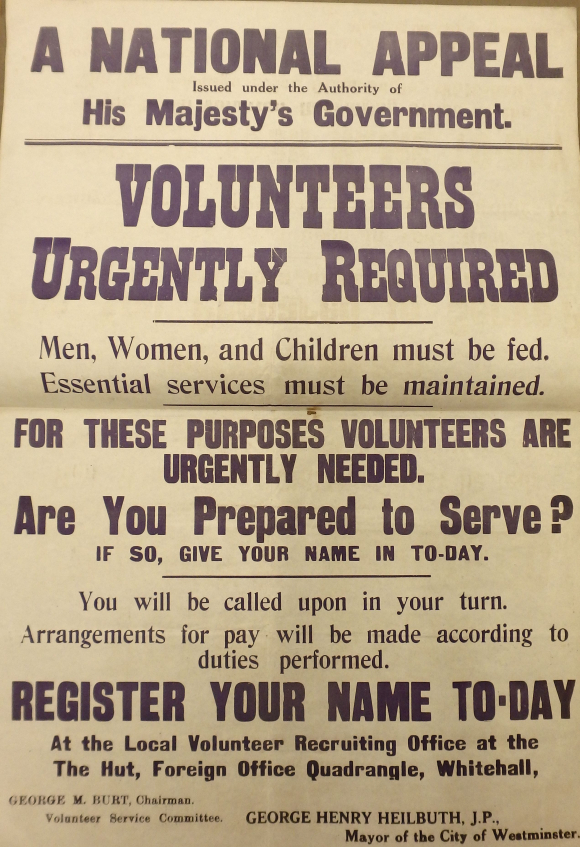 The Government’s efforts to find volunteers to fill jobs temporarily is clear from a file in the India Office Records.  The India Office’s Military Department put together lists of Indian Army officers who happened to be on leave in Britain at the time, and who could be called on to temporarily fill civilian jobs.  A letter was sent to everyone on the lists stating that they were at liberty to offer their services to the local authorities during the ‘present emergency’.  However, they were not to wear their uniform, and any volunteer employment was not to be allowed to interfere with their return to duty in India at the end of their leave. 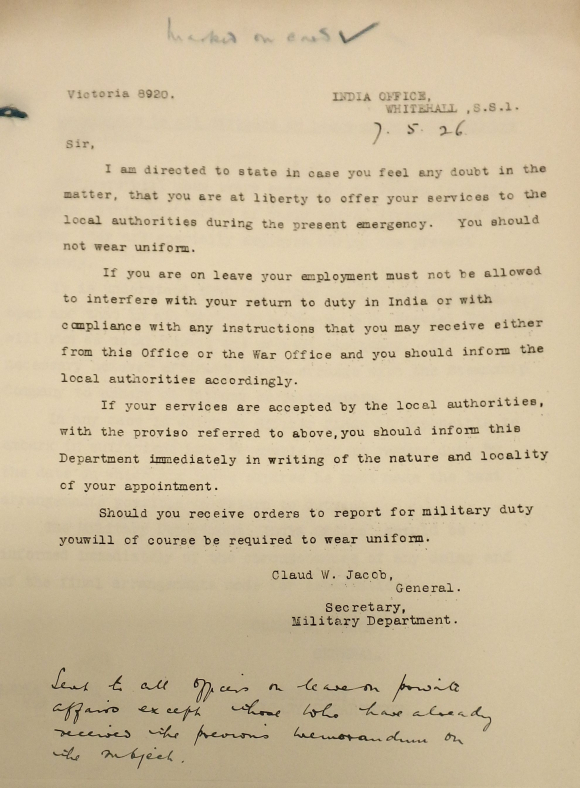 In four letters to Isobel, Garrod describes travelling from Oxford down to Southampton docks.  At 10am on Tuesday 11 May, he was sworn in as a Special Constable along with a number of other Oxford men.  Equipped with an armband and a truncheon, the men patrolled the docks in two 12 hour shifts, and were garrisoned on the cross-Channel steamer Alberta.  Garrod was on the night shift patrols and described it as ‘frightfully boring’.  He wrote that the docks were busy, with very little likelihood of any trouble, and that he got a cheer from some strikers when he walked through the dock gates. 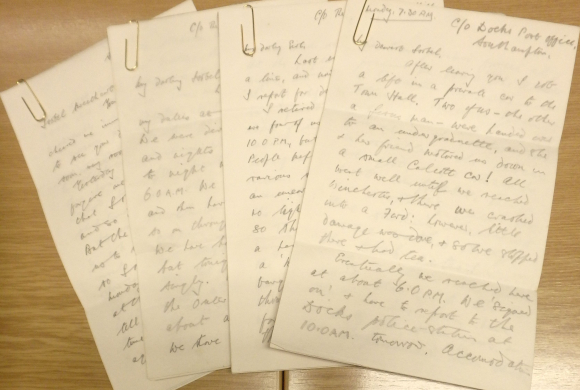 Letters from the Garrod Papers

Garrod’s time as a Special Constable was brief; the strike was called off on 12 May and he returned to Oxford a few days later. 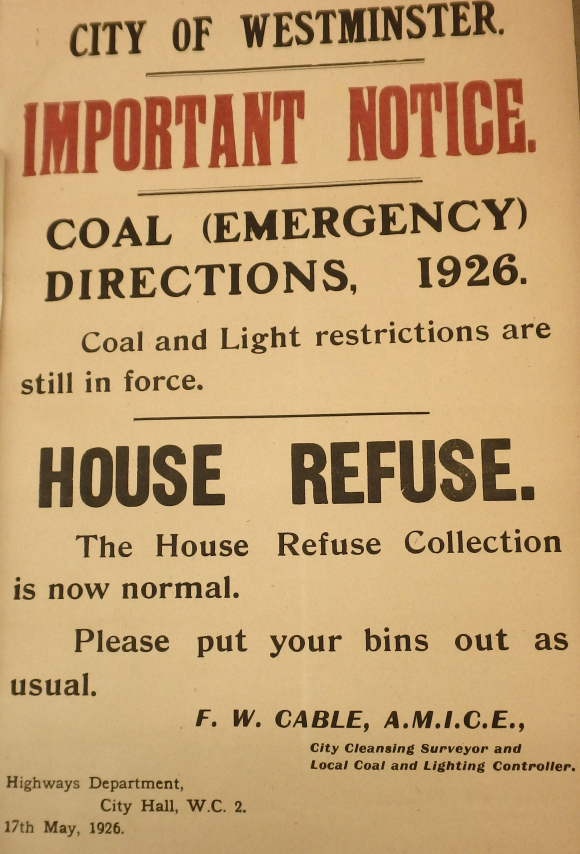 The Garrod Papers will be available to view in the Asian & African Studies Reading Room from next year.