Our last post told the story of how India Office Records were stored in a Cheshire salt mine during the Second World War.  I felt sorry for paperkeeper Arthur Thomas Williams who worked in very uncomfortable conditions in Winsford.  What had happened to him after he returned to London?  I was very surprised at what I discovered!

A staff list revealed that Arthur Thomas Williams left the India Office suddenly in December 1942.  And the reason why is found in a Security Service file at The National Archives.  Williams was tried in January 1943 under the Official Secrets Act.  The file reads like the plot of a spy novel. 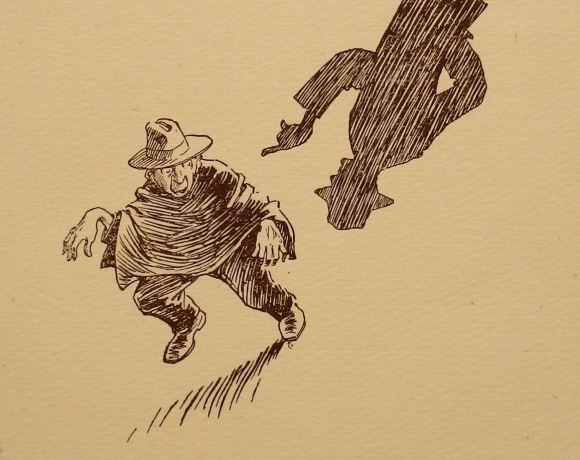 On 15 September 1942 a letter was sent by MI5 to the Indian Political Intelligence section at the India Office.  A man, referred to as ‘Q’, had attended a public meeting in Hyde Park and introduced himself to Stuart Morris of the Peace Pledge Union (PPU).  ‘Q’ told Morris that he was sympathetic to Morris’s views on India.  He worked for the India Office and could pass on information from secret telegrams.  Every effort was being made to identify ‘Q’ as quickly as possible.

MI5 was still trying to put a name to ‘Q’ on 10 October 1942.  He was described as ‘a nondescript, middle-aged Civil Servant paid at a comparatively low-grade rate, and who had been previously employed in the Records Office either at Chester or in Cheshire’.  The words salt mines had been overheard.  ‘Q’ dealt with cables in his work.

By 22 October, the India Office had reported that the only person who fitted the description was 57-year-old Arthur Thomas Williams who had worked there since 1927.  One of Williams’s tasks was to collect waste paper from the Telegrams Branch.  His wife Rose had a temporary wartime job in the India Office External Department Registry, where she might possibly have had access to most of the telegrams cited in the case.

A description of Williams was provided to MI5: ‘Height about 5’ 5”, fairly slim build, clean shaven, somewhat pointed chin, black hair rather thin but well plastered down, going bald on crown: does not wear glasses; young looking for his age’.  Williams had not supplied his home address to the India Office since his return from Cheshire and it was established that he was not living with his wife Rose in Clapham.  Rose was observed meeting her husband in Parliament Square shortly before 9am and then continuing to King Charles Street with him, thus giving the impression that they had travelled in together.

MI5 reported in November that Arthur Williams lived in Hounslow.  Unfortunately their agent had mistakenly followed a messenger called Earney home from the India Office.  On 23 November Williams was successfully tracked back to Red Lion Square where he was found to be living with a woman called Annie Homard.

Surveillance of Williams continued throughout December.  He bought beer and cigarettes, had tea at Lyons, changed his library books, visited relatives and went to the offices of the PPU in Endsleigh Street.  The authorities wanted sufficient legal evidence against him for a prosecution.  A plan was devised to place fake telegrams in the waste which Williams collected from the Telegraph Branch.  If these appeared at the PPU offices, then MI5 would have their man!