The Medical and Surgical Home at Fitzroy Square, London

When Charles James Richards, formerly a General in the Madras Army, needed surgery in 1894 he decided he didn’t want to stay in hospital for his post-surgical recovery.  He preferred somewhere more homely instead.

Richards chose to stay at the Medical and Surgical Home, 15 Fitzroy Square, later to be known as Fitzroy House.  The Home was established in 1880 by the Home Hospitals Association and was intended to be a ‘home from home environment’ where patients could stay while recovering from medical or surgical procedures. 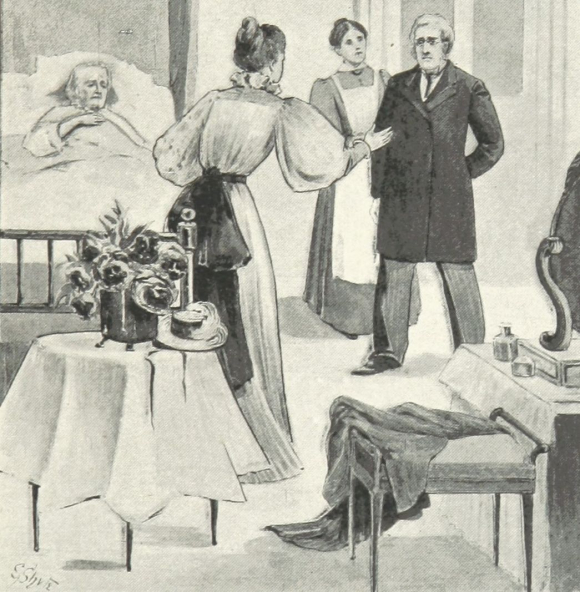 The home did not employ any medical staff of its own.  Patients instead remained under the care of their own GP or consultant physician for the duration of their stay.  The home did however employ a large number of skilled nurses and other servants to help with patient care.

The home was considered to be more of a medical boarding house, with patients paying a weekly charge and in return received nursing care, prescribed rest and a regulated diet.  There were however a number of criteria under which patients would not be eligible, these included those with contagious illnesses and incurable diseases, the home being intended as a place for recovery and not for long-term stay.

The home proved to be a great success and by the 1890s it had expanded to occupy numbers 15-18 Fitzroy Square.  In 1904 the home was rebuilt, providing 30 beds for patients.  From 1918 onwards however the number of patients and beds began to decline.  In 1963 the Nuffield Nursing Homes Trust, who now owned Fitzroy House, decided that its function and facilities had reached their end and replaced the Home with a new building of their own.

Unfortunately for General Richards, his stay was to be shorter than he might have expected, as he passed away at the Home 36 hours after surgery to remove a cancerous tumour.

The 1891 census however suggests that deaths of patients at the home were not a common thing, with most leaving once recovered and continuing on with their lives.  The census lists 24 patients residing there on the night of the census, 9 male and 15 female aged between 23 and 66 with a wide range of occupations including a professor of music, a Catholic priest, an architect and a theatrical manager.

One of these patients was Charles Hay Cameron, the son of Charles Hay Cameron, a barrister and member of the Supreme Council of Calcutta.  The reason for his stay at the home is unknown, but it can be assumed that whatever medical or surgical condition he had required care for was not altogether resolved, as he died a few months later on 14 August 1891 in Antwerp.