On 1 December 1919, Nancy Astor became the first woman to take her seat in the House of Commons.  She was only the second woman elected to the British Parliament after Constance Markievicz , who did not take her seat in the Commons because of Sinn Fein’s policy of abstention.  Nancy Astor was the only woman among 634 men, but, as a vocal member of the House, she would illustrate to others that women could fulfil the role of MP. 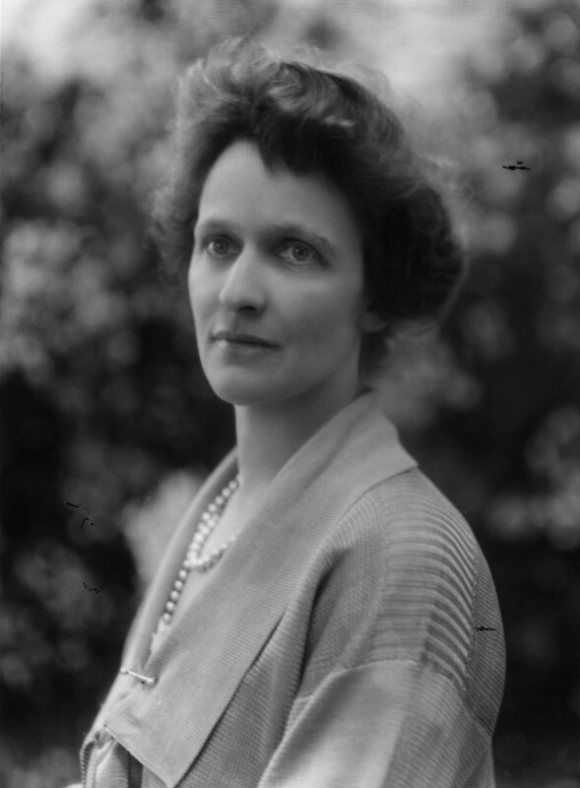 Nancy Witcher Langhorne was born in Danville, Virginia.  She moved to the UK in 1905 after her first marriage broke down.  In England, she met Waldolf Astor whom she married in 1906.  He introduced her to English aristocratic society.  She became well known and well liked for her wit and humour.

Waldolf Astor began his career in politics in 1910 and inherited his father’s peerage in 1919, leaving his constituency seat open for a by-election in November 1919.  Nancy Astor saw the opportunity to take her husband’s seat and she embarked on a swift and successful campaign to become Unionist Party MP for Plymouth Sutton.

Upon taking up her post, she would face hostility and sexism from members.  She would soon learn how to hold her own in the Chamber, contributing frequently to debates and becoming an avid heckler.  Likewise, she infuriated the other members by adding her own running commentary to parliamentary debates.

Her political interests were wide-ranging and often contradictory.  One of her lasting legacies was a successful Private Member’s Bill which raised the drinking age from 16 to 18.  From her relative distance from the women’s suffrage movement, she grew to support several women’s rights issues including the provision of nursery schools, widows’ pensions, equal employment, equal suffrage and maternity leave.  However, her outlook was not wholly progressive: she opposed equal rights in divorce and she displayed some prominent prejudices that would affect her reputation, including anti-Catholic and anti-Semitic views.  These views, alongside her strong anti-communist feelings would lead to her being branded as a member of the Cliveden Set - a group of powerful individuals rumoured by the press as having pro-Nazi sympathies, which Nancy Astor later described as a myth.

Nancy Astor retired from politics in 1945 and she left 24 female MPs in the House of Commons.  Those women may have heeded the advice she offered when she was the only female sitting MP:
’It is not an easy job for a woman to stand for parliament, and it is not an easy job when one gets there; but the work waiting to be done is almost unlimited, and the need for the help of women is great and urgent’.

Posted by India Office Records at 09:30:00 in Manuscripts , Politics