On 9 June 1857, Emma Ewart Larkins, the wife of an artillery officer in Cawnpore, composed a letter to family and friends in England.  Along with about a thousand others, she, her husband George, their three youngest children, and Munna, their cherished family ayah, were sheltering from bombardment under appalling siege conditions, and behind hopelessly inadequate defences. 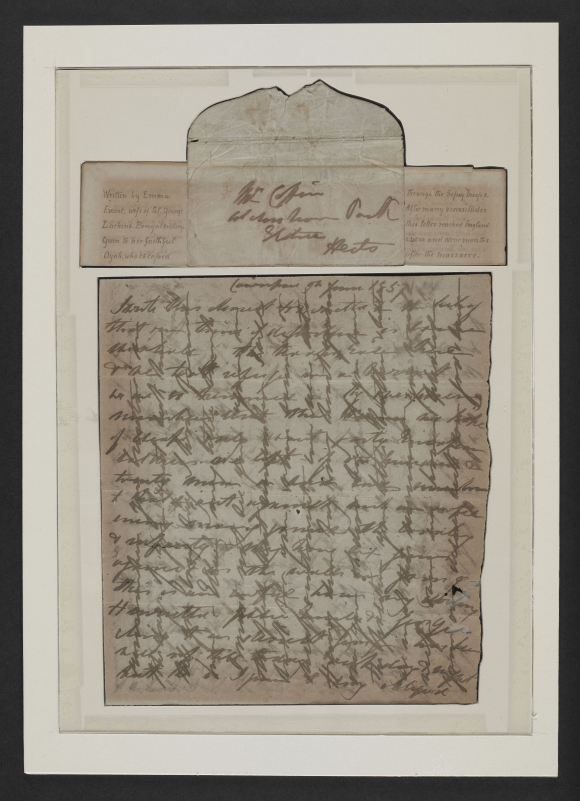 Addressing a sister-in-law in London, Emma began: ‘I write this dearest Henrietta in the belief that our time of departure is come’.  She explained: ‘the whole of the troops rose here & we took refuge in a Barrack We are so hemmed in by overpowering numbers that there seems no hope of escape’.  Emma was right: death was staring her in the face.  But Munna would take the dangerous decision to attempt to slip away, and she successfully carried the letter with her. 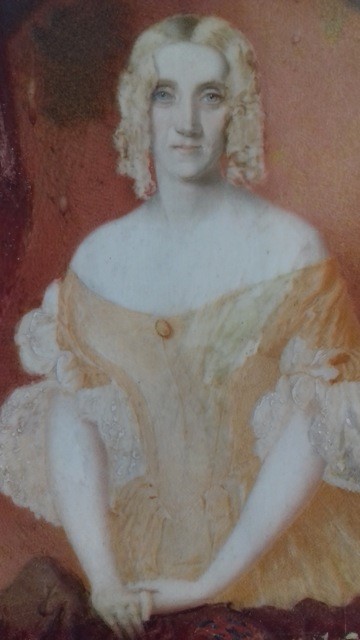 Months later it somehow reached England.  Within it were individual messages for Henrietta and several others, including Emma and George’s four oldest children, sent ‘home’ for their education.  One of these, Alice Shaffalitzky Larkins, then aged 11, was my great-great-grandmother; and I was brought up knowing that my own life depended on the fact that she had avoided the Cawnpore Massacre.  Emma’s last letter was kept by the family in a double-sided picture frame so that it could be read front and back, though the crossed writing made it incredibly hard to decipher.  My grandmother showed it to me as a child.  But four years ago, when I found myself wondering about it again, I realised I no longer had any idea where it was. 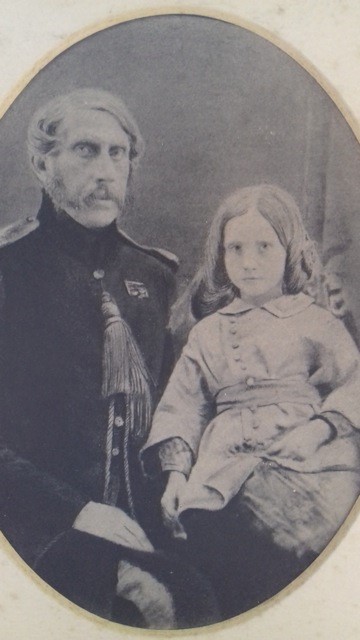 I looked idly online, and found the letter selectively quoted in a number of books on the Indian Mutiny.  The British Library held a rough transcript, but where was the original?  While I tried to solve this question, I stumbled on an outré, unproven theory: that another of the four children to survive, Henry Thomas Larkins, also addressed in Emma’s letter, just might be the same person as ‘Major Harry Larkyns’, a mysterious, louche character murdered in 1874 by the famous photographer of galloping horses, Eadweard Muybridge.  To my surprise, this was a theory I found myself able to verify almost at once.  And it has led to my writing a book about Harry’s genuinely extraordinary exploits.  Setting about this project, I badgered numerous relatives about boxes in their attics that might contain Larkins-family archive, with the particularly gratifying result that I ended up being given not only Emma’s final letter, but others that had preceded it too.  This reassembled correspondence forms a total of about a hundred letters whose terrific details I could only hint at in my book.

It was a great pleasure for me recently to donate the whole collection to the British Library, where I hope they will be of interest to other writers and historians.  Emma's last letter was in a frail state indeed, but it has now been conserved, and digitised as well, meaning that this pitiful survivor is now available for all to see.