We met George Byworth in our story about the East India Company and Marine Society boys.  He was given as an example of a boy apprentice who made good of the opportunity offered by the Marine Society.  Here we look at his interesting life in more detail.

George was born in London, the son of watchmaker Thomas Byworth and his wife Mary.  His baptism record at St James Clerkenwell from March 1807 gives his date of birth as 23 February 1807.  This tallies with the age given on his death certificate.  However records from the Marine Society and the Board of Trade say George was 14 in March 1823 and 15½ in September 1824, suggesting he was born in 1809.  Why the discrepancy? 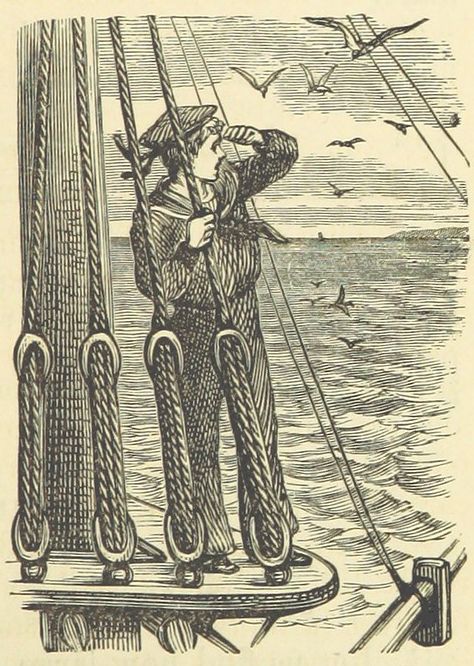 From March 1823 to May 1824 George served in the East India Company ship Scaleby Castle on a voyage to Bombay and China.  He sailed with nine other Marine Society boys, one of whom fell overboard and drowned.  They were paid a monthly wage of 10s.

Captain David Rae Newall’s journal of the voyage sheds light on how vulnerable these young boys were.  On 1 April 1823 seaman Thomas Barnes was confined in irons for making attempts ‘to commit an unnatural crime on some of the Marine Society Boys’.  On 13 August 1823 a court of enquiry found seaman James Russel guilty of an ‘unnatural attempt’ upon George Byworth.  Russel had a cut on the back of his hand which George said he had made with his knife.  Russel was punished with three dozen lashes.

In September 1824 George was bound as a merchant navy apprentice to William Shepherd for four years.  He petitioned the East India Company in September 1827 to be granted free mariner’s indentures for India.  This was approved and he spent some time in Calcutta as a merchant officer in the intra-Asia or ‘country’ trade.

George then based himself in Australia undertaking convict and sealing voyages.  Questioned about provisions on sealing vessels in 1834, he described an allowance of pork, bread, flour, coffee, sugar and spirits, supplemented by gathered food such as fish, penguin eggs and petrels. Map of Kerguelen from John Nunn, Narrative of the Wreck of the 'Favourite' on the Island of Desolation (London, 1850) Shelfmark 10460.e.23. BL flickr

In March 1832 George was the chief officer in the Adelaide when she was sent to Kerguelen, or Desolation Island, to rescue five shipwrecked men.  The Adelaide met with Captain Alexander Distant who reported that he had already taken the men to St Helena.  George went on board Distant’s ship for some supplies but a violent gale prevented him from returning to the Adelaide.  He was obliged to sail with Distant to St Helena. 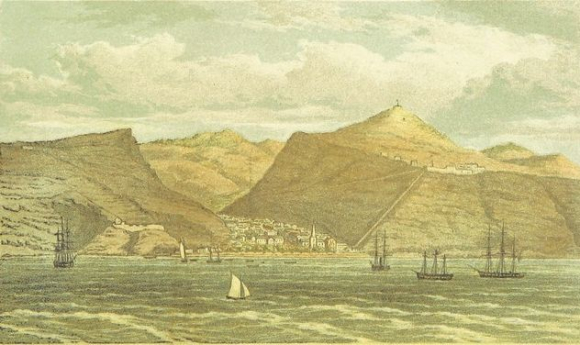 On 14 August 1833 George wrote to the Governor of St Helena telling his story and asking to be paid the cost of clothing provided by Captain Distant plus the rate allowed by the British government to wrecked mariners.  The St Helena Council granted him a daily allowance of 1s 6d.   George wrote again on 9 September expressing his thanks for the island’s kindness, and asking for £12 for his passage on the Lord Hobart to the Cape of Good Hope where he could pick up a ship to return to Tasmania.  The East India Company was repaid George’s expenses by the Admiralty in March 1834.

Part 2 will tell what happened next!