Sarah Danby was born Sarah Goose in Spilsby, Lincolnshire, probably in 1766, as she was christened, a Roman Catholic, in Baumber on 5 April in that year.  She was brought up in Lambeth and became a singer and actress.  On 4 April 1788, she married John Danby, a successful organist and glee composer, with whom she had five daughters and one son, two of whom died in infancy.  The Danbys first lived in Henrietta Street, Covent Garden, and were near neighbours of the Turners, who lived in Maiden Lane. 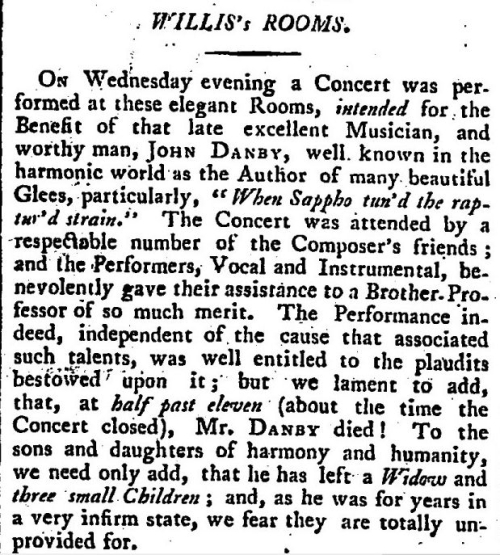 John Danby suffered with poor health, probably rheumatoid arthritis, and died, aged 41, at home on 16 May 1798, sadly just at the close of the benefit concert organised by his friends at Willis’s Rooms that very evening.  At that time the Danbys were living at 46 Upper John Street and Sarah was two months pregnant with their fifth daughter, Theresa.  John Danby was buried in Old St Pancras Churchyard but his grave was destroyed with the coming of the railway.  His name can be seen on the Burdett-Coutts Memorial Sundial. 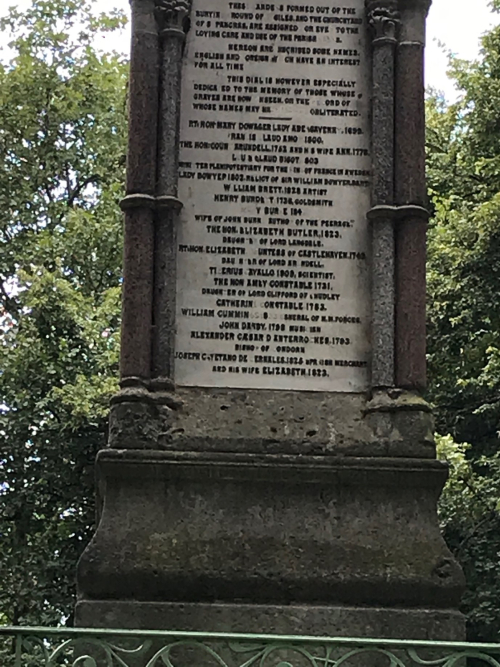 Sarah began a relationship with Turner and lived with him for short periods of time at various addresses but this was never a permanent arrangement and they never married.  Various reasons have been suggested and the truth may well be a combination of some or all of the following:
Turner often made disparaging comments about matrimony, probably as a result of his observation of his parents’ troubled marriage and perhaps as the result of an early failed relationship.
Sarah was a Catholic; Turner was not.
Sarah was dependant on a pension from the Royal Society of Musicians, which would stop if she lived permanently with Turner. 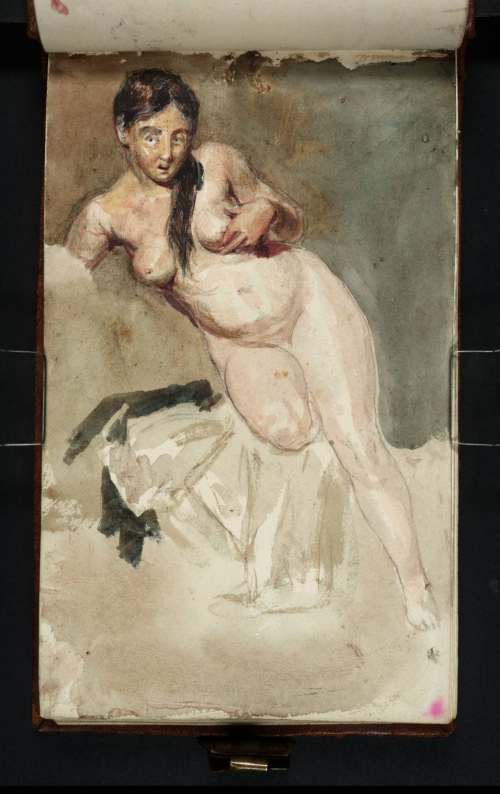 They had two daughters together; Evelina (1801–74) and Georgiana (1811–43) but Turner saw little of them and he spent his latter years mostly in Chelsea, with Sophia Booth.  After Turner’s death in December 1851, Sarah lived in poverty in William Street, Marylebone, with her unmarried daughter by John Danby, Marcella, a music teacher, and her granddaughter Louisa Symondson.  Turner left Sarah nothing in his will and she was forced to sell various drawings and sketches that he had given her, just to survive.  She applied for an increase in the pension she received from the Royal Society of Musicians but this was refused. 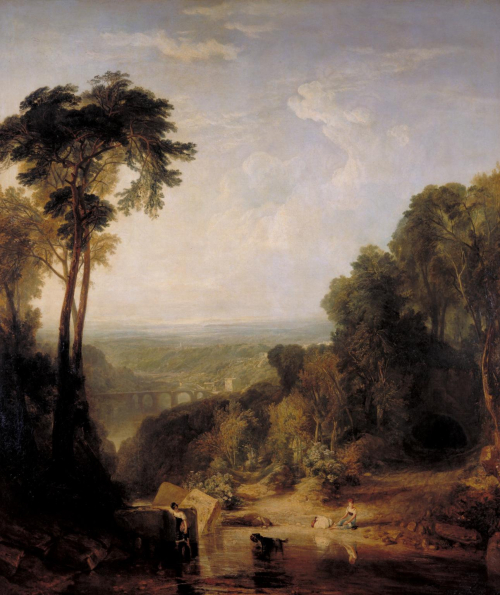 'Crossing The Brook' by Turner.  The two girls are thought to be his daughters, Evelina and Georgiana - Tate Britain Creative Commons CC-BY-NC-ND (3.0 Unported))

Sarah later moved to George Street, near Euston Square, where she died on 16 February 1861.  The Registrar recorded that she was 100 (she was probably 95) and that she had eaten beefsteak for her dinner the day before she died.  She was buried in a pauper’s grave in Kensal Green.

Sarah’s death was quickly followed by law suits involving her family.  In April 1861 Marcella was taken to court by her niece, Caroline Frances Lamb, and Caroline’s husband, Edward Buckton Lamb, over the administration of Sarah’s personal estate, which was valued at under £200.  Marcella then countered with a case against the Lambs to recover letters and documents relating to Sarah’s accounts and private affairs.  She also recovered the large sum of £1621 9s 7d which was paid into court by the Lambs.  Yet when Marcella died in 1863, her estate was valued at less than £100.  A mystery which remains to be unraveled!