We left William Burchell, probably the best naturalist you've never heard of, in early 1808 on the island of St Helena, teaching school, tending a nascent botanic garden, and carrying out botanical and geological surveys of the island. 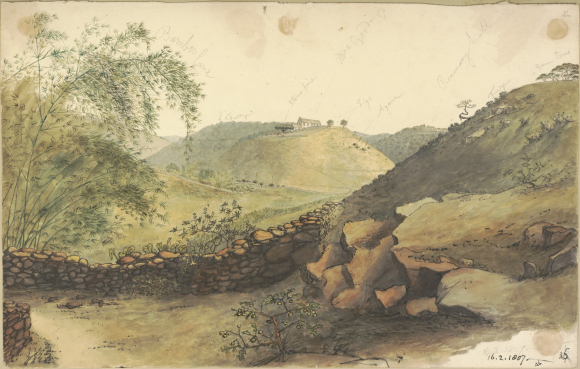 Terrace Knoll : A view in St. Helena. 'In looking inland you have this view and turning towards the sea you have the view of the Friar. This was drawn and coloured on the spot and is very correct. In the winter the hills are much greener. The bamboo is not finished but correctly shows its growth. The yams grow along a stream of water.' William Burchell's Saint Helena Journal 1806-1810 – Dated 16 February 1807 © Royal Botanic Gardens, Kew 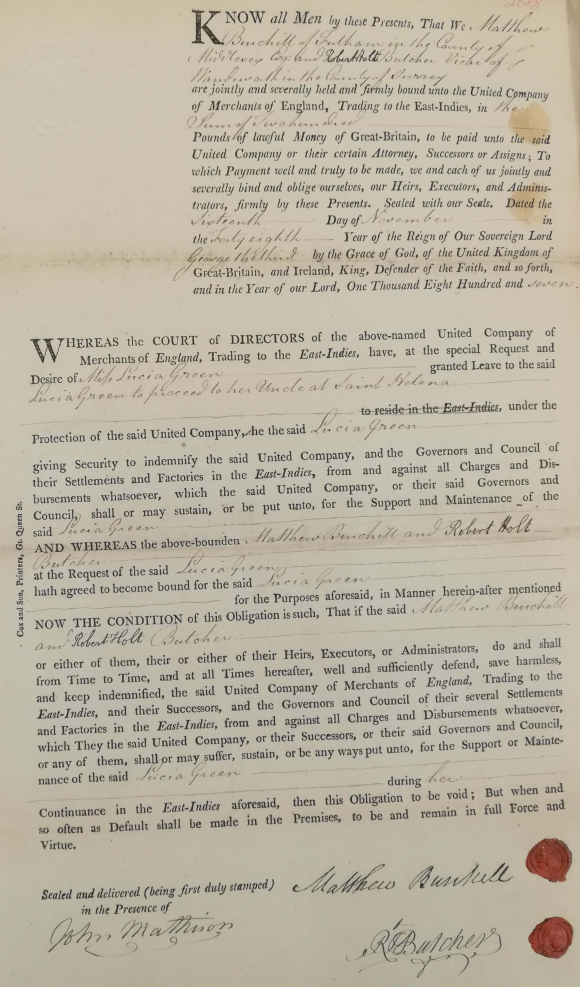 Bond for Lucia Green providing surety for her travel to St Helena. IOR/O/1/234 no.2088, signed by Matthew Burchell and Robert Holt Butcher, vicar of Wandsworth.

By the time the ship arrived in St Helena in April 1808, Lucia had struck up a relationship with Captain Luke Dodds.  She announced to Burchell that she no longer wanted to marry him.  His St Helena journal and correspondence from that time record his devastation at the betrayal.  Burchell had to watch as Lucia sailed away to a life with Captain Dodds.

Burchell's business partnership also failed and was dissolved.  Moreover the East India Company was pressing Burchell for research of economic rather than scientific benefit ‘in the hope that something valuable for the purposes of commerce or manufacture might be brought to light’, and so reduce the expenses of the Island.  Burchell felt frustrated.  He wrote: “not having been employed in a manner useful to the Honourable Company, I feel that I could not conscientiously receive the salary”.  By April 1810 he had resigned as Company naturalist, having previously given up his position as schoolmaster.  His last few months on St Helena were mired in arguments with the churchwardens over payment of rent.  One cannot help but view Burchell's later experiences on St Helena as having been tainted by his personal anguish. 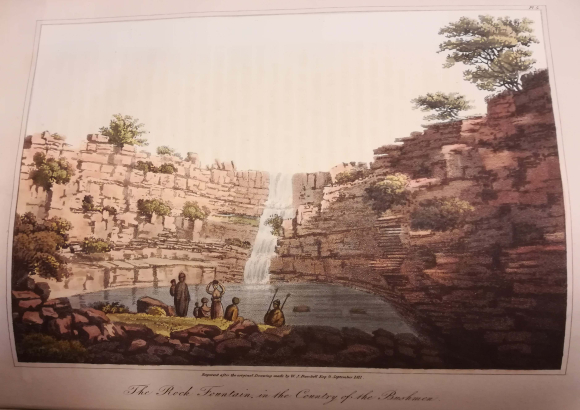 Travels in the Interior of Southern Africa Vol 1 p. 294: 'The Rock Fountain in the country of the Bushman' Travels in the Interior of Southern Africa Vol 1 p.325: 'A Hottentot Krall on the banks of the Gariep' Travels in the Interior of Southern Africa Vol 2 p.360: 'View on entering the town of Litakun'

Burchell was travelling again by 1825, this time to Brazil.  He collected widely over a period of five years, including in the states of Rio de Janeiro, Minas Gerais, São Paulo, Goiás, Tocantins, and Pará, ending up in the town of Belém.  He returned to England in March 1830 laden with the fruits of his collecting labours. 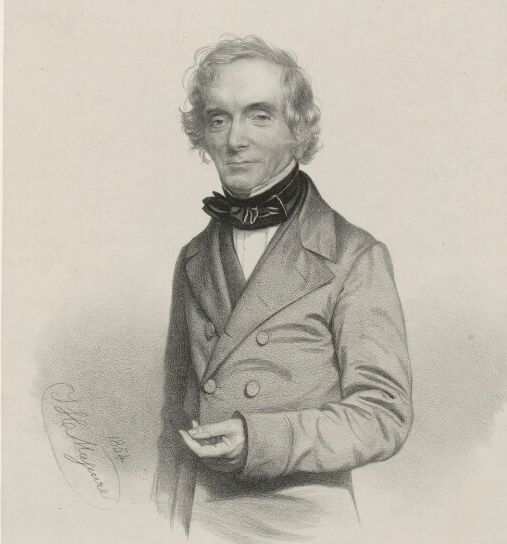 Burchell did not produce a narrative of his expedition to Brazil.  Indeed, the rest of his life was spent cataloguing his enormous collection of specimens, which he guarded rather jealously.  The task was not finished until 1860.  Burchell slowly withdrew from his friends and fellow scientists, including William Hooker, Director of the Royal Botanic Gardens Kew. He published few of his findings and drew little public acclaim.  William Burchell committed suicide at the family home in Fulham on 23 March 1863.

Today William Burchell is seen as a pioneer for his meticulous field work in recording the date and precise location where he collected his specimens, and for his myriad talents in botany, geology, art and illustration, geography, and what we would now call environmentalism.  His name deserves to be more widely known.

And how did life turn out for Burchell's fiancée Lucia Green and her Captain Luke Dodds? That’s another story…