Internment during the Second World War – Part One: the diary of a Jewish refugee confined by Britain

This blog is the first of a series on internment, highlighting the experiences of both civilians and military personnel detained across the globe in the Second World War.

In 1940, Winston Churchill ordered what he later referred to as ‘a deplorable and regrettable mistake’: the internment of men and women living in Britain from enemy countries.  This included Germans, Austrians, and Italians; among them were refugees who had fled Nazi persecution, including Jews.  One was nineteen-year-old Konrad Eisig, whose diary of internment on the Isle of Man and his voyage to Australia on HMT Dunera is held by the British Library. 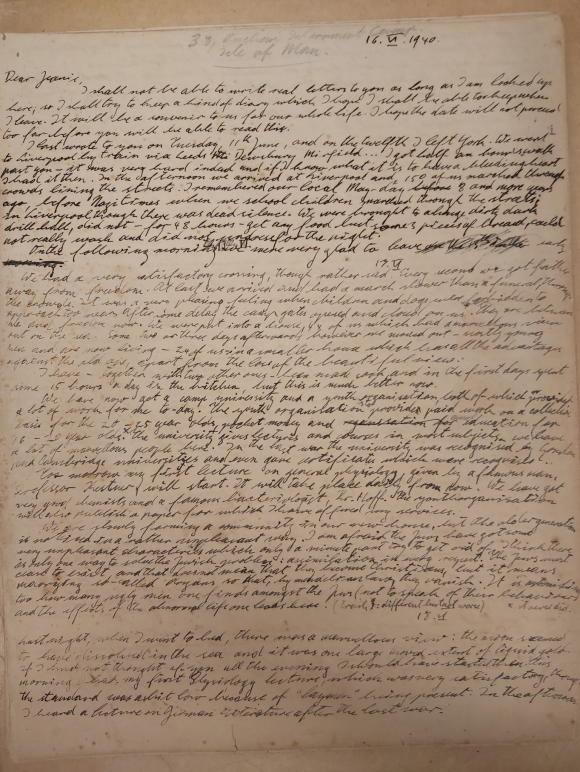 The first page of the diary, noting Konrad’s arrest and journey to the Isle of Man – Add MS 89025

Konrad had escaped Germany on the eve of the War, settling in Leicester.  When he applied to travel to the Lake District for a holiday, the police showed up at his door in May 1940 to detain him. He entered the Onchan Internment Camp on the Isle of Man in June.  He worked as a cook, attended numerous classes, and was involved with the camp university and youth organisation. Writing to his girlfriend, he exclaimed: ‘I want to see you, I want to be free!…but we shall come together again.  We must’.

However, Konrad was transported to Australia on HMT Dunera, setting sail on 10 July.  The voyage was horrific, with more than 2500 men on board, 1000 over capacity - Jewish refugees, Nazis, prisoners of war, and Italian refugees who survived the sinking of the Arandora Star.  Konrad reported that British soldiers ‘robbed and plundered us’.  Detainees were kept in a hold which was not big enough, and were only allowed ten minutes of air and exercise each day.  One man committed suicide by jumping overboard.  Another was thrown down the stairs by soldiers for not taking his wedding ring off quickly enough, and another ‘got a bayonet into his back’ for daring to ask for permission to keep his prayer book. 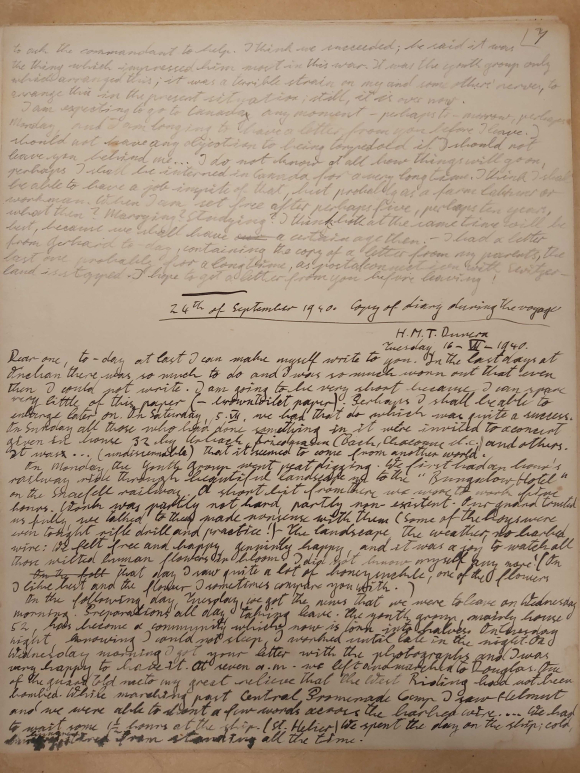 A torpedo missed the Dunera by only 50-100 yards two days after setting sail.  The ship eventually arrived in Australia in September.  The internees were well treated by the Australians, who quickly realised most of the men were not the evil Nazis they had been expecting.  The men were taken to Hay, New South Wales, which was ‘much better than we expected’, though the climate was a vast change from England and Germany!  Konrad again attended many classes ‘in order to leave as little time for thinking as was at all possible’.

Konrad’s diary finishes abruptly on 1 August 1941.  The fear of German invasion by Nazis disguised as refugees had died down, and arrangements were being made for refugees to return.  Joining the Pioneer Corps gave priority.  However Konrad was disdainful of this option: ‘it is an insult, a crime against all justice’.  It appears that he waited for a later ship. 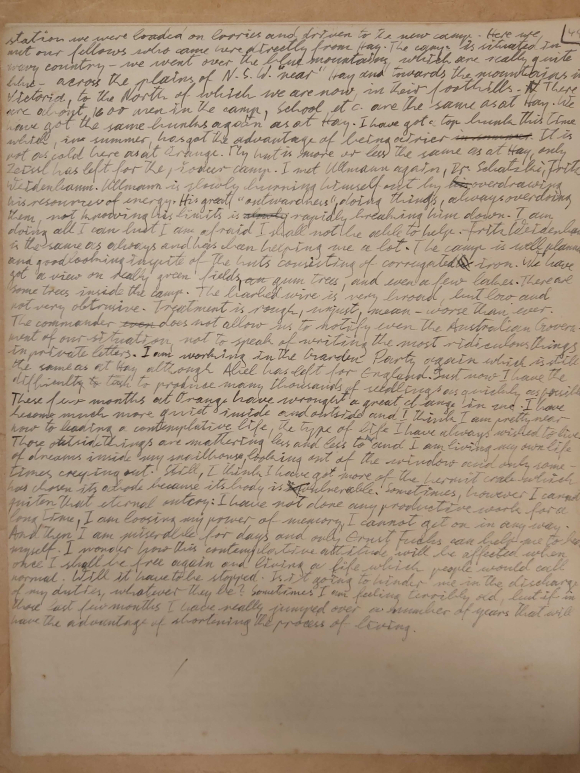 The final page of the diary, explaining Konrad’s misery and the effect of internment on his life expectancy – Add MS 89025

Konrad had escaped persecution but then been unjustly incarcerated where he thought himself safe.  He says: ‘We were called “Refugees from Nazi Oppression”, we were used as England’s best advertisement.  Then suddenly “Intern the damned fifth columnists” and here we are’.

The diary covers a variety of themes: justice, mental health, anti-Semitism, homosexuality, and more.  It gives a unique insight into an experience which has not received much attention, reminding us that the War affected innocent refugees, even in Britain.

Further reading:
Add MS 89025 – Letter diary of Konrad Eisig's voyage on HMT Dunera and his internment in Australia
Cyril Pearl, The Dunera Scandal: Deported by Mistake (1983).
Rachel Pistol, Internment during the Second World War: A Comparative Study of Great Britain and the USA (2017).