Sir Francis Drake: the deluded history of an English Hero

The anniversary of Drake’s death on 28 January 1596 seems an appropriate time to share news of an interesting heritage acquisition, a 16th-century Italian 'avviso' (newsbook), New and Latest Report from Portugal concerning the success of the English Armada led by Dom Antonio and Drake …

This newly discovered account of the calamitous English Armada of 1589, co-commanded by Drake and Sir John Norris, is likely the unique surviving example of the report.  It appears to be entirely unknown to bibliography and scholarship. 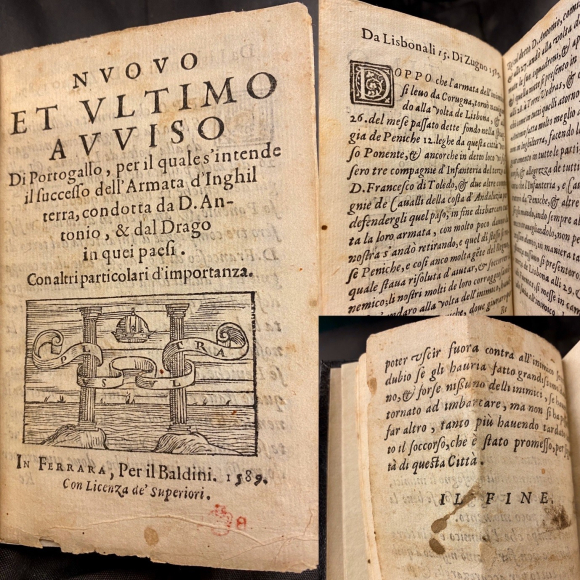 'Avvisi' news media circulated by letter or in print have a reputation for being factual, concise and reliable.  They did not seek to exaggerate, impress, or sensationalise for effect.  This avviso is an eyewitness account from a Spaniard in Lisbon with the English at its gates.  It describes the frustrating wait for Spanish or Portuguese reinforcements and the losses suffered by their enemy.

The objectives of the English Armada were to hammer home the advantages gained from the failure of the Spanish Armada the year before.  Elizabeth sought to facilitate Dom Antonio’s claim to the Portuguese throne and so undermine the Spanish Monarchy and its Empire.  The largest English expeditionary force ever assembled - 25,000 men - would finish off the weakened Spanish navy left in port.

The ragtag English forces, largely made up of jail birds and beggars were more interested in pillaging than military glory.  They lacked proper funding (as usual), organisation and discipline.  With no baggage train or cavalry, Norris needlessly marched an army across country instead of sailing up the Tagus to take Lisbon.  Sickness and starvation began to deplete their vast numbers.  Frustrated by the absence of a Portuguese rising in favour of Dom Antonio, the English waited for Drake to sail up the Tagus; but Drake’s ships did not turn up instead busying themselves taking rich prizes from ships in the Roads off Lisbon.  The approach of Spanish reinforcements led the English to retreat.  Sick, starved and dying of wounds, no more than 5,000 returned to England.

The Queen was furious; it was clear that Drake’s and Norris’s thousands had failed.  Disgruntled demobbed survivors brought only plague back and the recently emboldened reputation of the Tudor State was in peril across Europe.  Drake’s reputation eclipsed with accusations of cowardice added to his well-known avarice.

The main contemporary English source describing the expedition was written by a participant, Captain Anthony Wingfield, immediately upon the survivors’ return to England.  It is an expert piece of spin and propaganda.  Written in a heroic literary style, it played down the heavy losses and amplified the ‘glory’ of taking the fight to 'offend' the King of Spain 'in his neerer territories'. 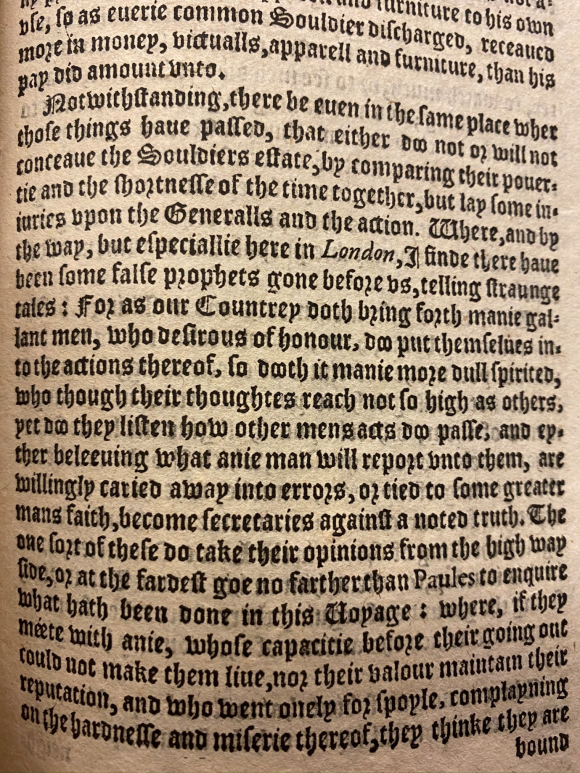 Wingfield’s apology spent much time condemning “false prophets gone before us”, “telling strange tales” and “sectaries against noted truth”.  Page from A True Coppie of a Discourse written by a Gentleman, employed in the late Voyage of Spaine and Portingale [under Sir Francis Drake and Sir John Norris]: sent to his particular friend, and by him published, for the better satisfaction of all such, as, hauing been seduced by particular report, haue entred into conceipts tending to the discredit of the enterprise, and Actors of the same. British Library shelfmark 292.e.7. 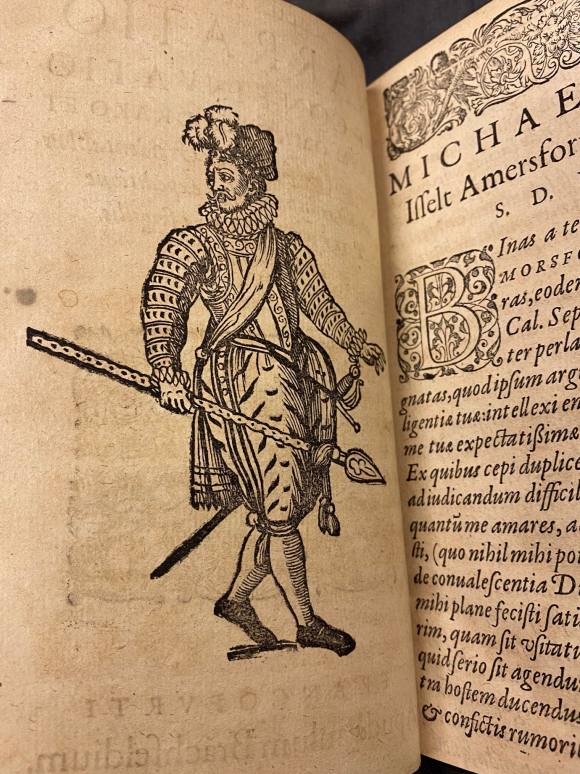 It is significant that Wingfield’s account has prevailed. Drake’s posthumous reputation steadily revived.  The self-congratulatory, self-exonerating poltroonery of Wingfield’s ‘true’ copie makes for a deluded national history.  The existence and discovery of this Italian newsbook shows the importance of paying attention to wider sources.  Its acquisition adds a new source from a traditionally reliable genre - the avvisi - a counterbalance to facts concealed from English historiography and perpetuated national mythologizing of the Drake Legend. 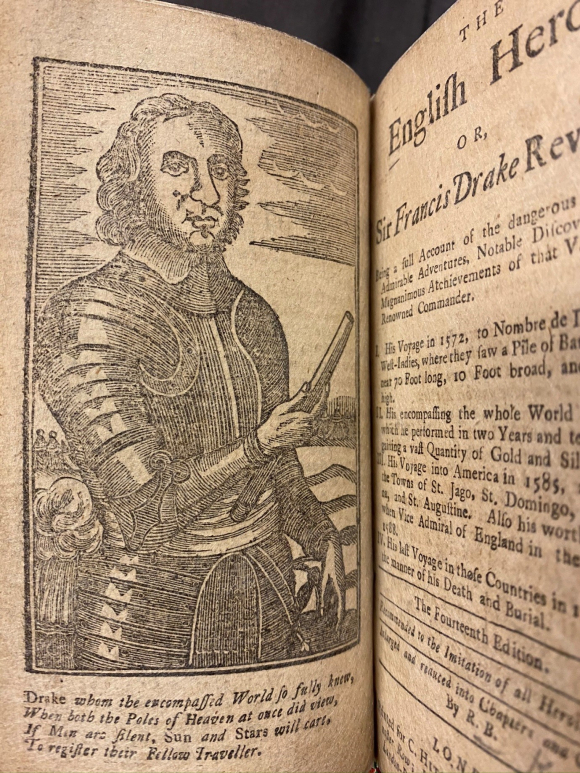 The English Hero; or, Sir Francis Drake, reviv'd. was first published in 1681 by Nathaniel Crouch, updating The World Encompassed by Sir Francis Drake (Drake’s nephew) written in 1625 in an attempt to revive his reputation and status.  Published in many editions, a 1750 edition can be seen online.

We are very grateful for the contribution made by the British Library Collections Trust towards the cost of acquiring the avviso.

Thanks to Stephen Parkin for providing a translation of the Italian newsbook.

Further reading:
One of the best accounts of the 1589 English Armada can be read online The year after the Armada, and other historical studies by Martin Hume (1896)

A stimulating examination of the English treatment and understanding of the events is given by Luis Gorrochategui Santos in The English Armada: the greatest naval disaster in English history (2018)