Sir Ronald Ross and the Transmission of Malaria

To mark the digitisation of medical archives in the India Office Records, I am highlighting some seminal research relating to Ronald Ross (1857-1932) and his important work discovering the causes of the transmission of malaria. 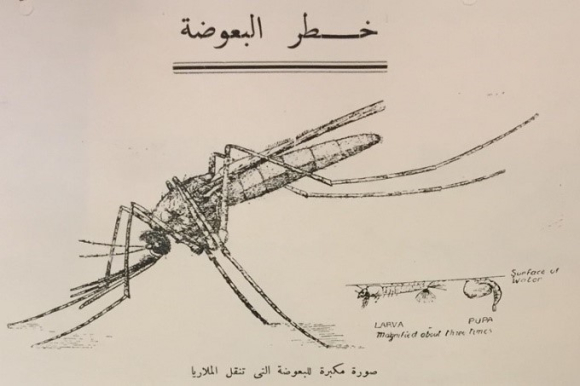 By the late 1870s a miasmic (‘bad air’) theory of transmitting malaria was falling from favour and being replaced by a focus on biological transmission.  Corrado Tommasi-Crudeli and Theodor Klebs had isolated a bacteria from water which they claimed acted like malaria.  A French physician, Charles Louis Alphonse Laveran, had shown that malaria was spread by parasites by performing necropsies on malaria victims.  Following this groundwork, a combination of work from Patrick Manson, Giovanni Grassi and Ronald Ross added ultimately conclusive developments to the theory… 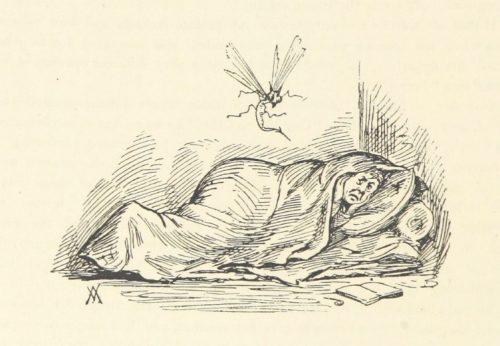 Image from Wallis Mackay, The Prisoner of Chiloane; or, with the Portuguese in South-East Africa (London, 1890) British Library 010096.ee.16

Sir Ronald Ross was born in Almora, India, in 1857 to Sir Campbell Ross, a general in the Indian Army, and his wife Matilda.  He entered the Indian Medical Service in 1881.  During a year’s leave, he studied for the diploma in public health from The Royal Colleges of Physicians and Surgeons in England taking a course in bacteriology. 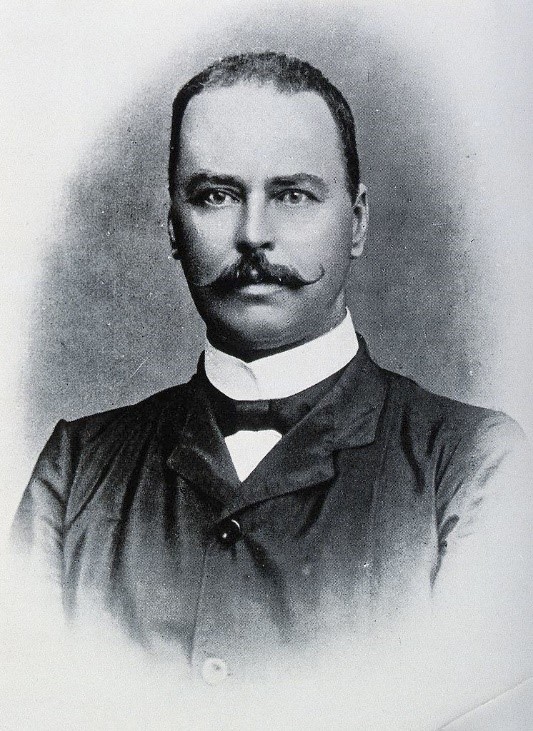 Ross’s interest in malaria began in 1892 when he was converted to the idea that the malaria parasites were in the bloodstream.  Patrick Manson demonstrated this to Ross in 1894.  In India, Ross was investigating if mosquitoes were connected to the transmission of malaria, but he was called away from malaria-infested areas on Indian Medical Service duty.  This frustrated Ross; he sent a letter requesting to be ‘put on special duty for a few months after relief at Bangalore to enable him to investigate the truth of Dr. Patrick Manson’s theory of the Transmission of the infection of malaria by means of the mosquito’. 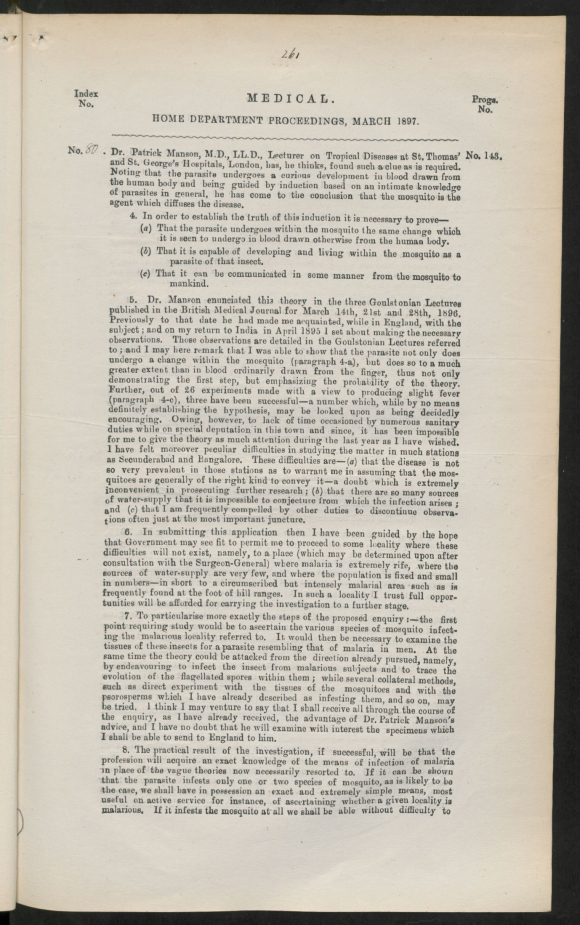 IOR/P/5185 Mar 1897 nos 141-45; Proposal to place Surgeon Major Ronald Ross on special duty to investigate the truth of Dr. Patrick Manson's theory of the transmission of the infection of malaria by means of the mosquito

On 20 August 1897, in Secunderabad, Ross made his breakthrough discovery.  While dissecting the stomach tissue of an Anopheles mosquito, fed four days previously on a malarious patient, he found the malaria parasite.  He noted these memorable words in a poem:
‘..With tears and toiling breath,
I find thy cunning seeds,
O million-murdering Death’. 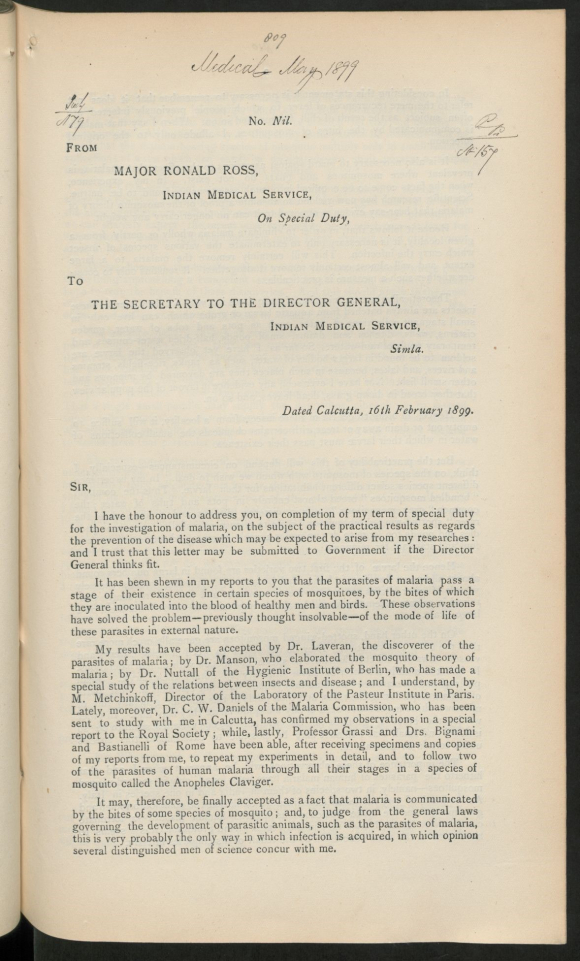 Ross continued his research in India and demonstrated that mosquitoes could serve as intermediate hosts for bird malaria.  He showed that the route of infection was through the bite of a mosquito with experiments on four sparrows and a weaver bird.  The account of these findings was presented to the British Medical Association in July 1898.  In 1902 Ross became the first Briton to be awarded the Nobel Prize for Medicine.

Further Reading:
IOR/P/5185 Mar 1897 nos 141-45 Proposal to place Surgeon Major Ronald Ross on special duty to investigate the truth of Dr Patrick Manson's theory of the transmission of the infection of malaria by means of the mosquito
IOR/P/5644 May 1899 nos 156-59 Communicability of malaria by mosquito bites
IOR/P/5418 Nov 1898 nos 10-12 Ronald Ross, Indian Medical Service, Preliminary Report on the Infection of Birds with Proteosoma by the Bites of Mosquitoes
IOR/P/434/44 Sep 1869 no 01 Report on the causes of malarial fever in Bengal
IOR/P/5644 Jan 1899 nos 79-82 Investigations at Rome into the role of mosquito-bites in the spread of malaria
IOR/P/5644 Jan 1899 nos 206-16 Proposed appointment of a Scientific Commission to investigate the causes and cure of malaria and the deputation to India of Dr C W Daniels to aid in the investigation
IOR/P/1204 Dec 1828 nos 10-13 Results of the trial made in certain hospitals in the Bombay Presidency with Mr Wood's alkaloids in the treatment of malarial fevers
IOR/P/351/37 20 Dec 1854 nos 6117-19 Report on sanitary conditions at Poona Cantonment and in the vicinity, and corrective measures to remove the causes of malaria