On 15 January 1867 a shocking accident took place in Regent’s Park London.  Forty people died when the ice gave way as they were skating and sliding on the frozen lake. 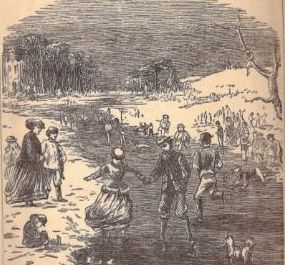 Hundreds were amusing themselves. Nineteen icemen employed by the Royal Humane Society were in attendance as lifeguards and they had issued warnings about the dangerous conditions.  Suddenly a large area of ice disintegrated and great numbers of people were plunged into the icy water. 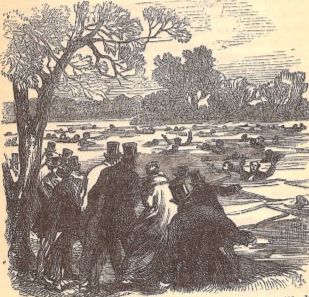 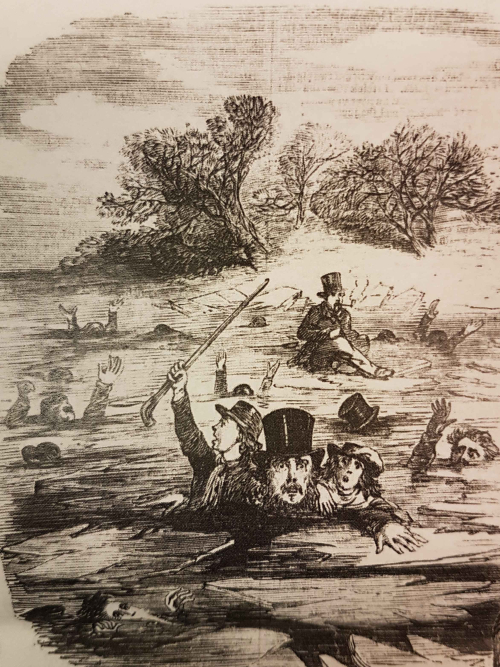 The icemen ran to help with their rescue boats and apparatus but their efforts were dwarfed by the scale of the disaster.   Those who managed to keep afloat were brought to shore but many drowned in the deep water, some trapped under pieces of ice.  Survivors were treated at Marylebone Infirmary and St Mary’s Hospital Paddington. 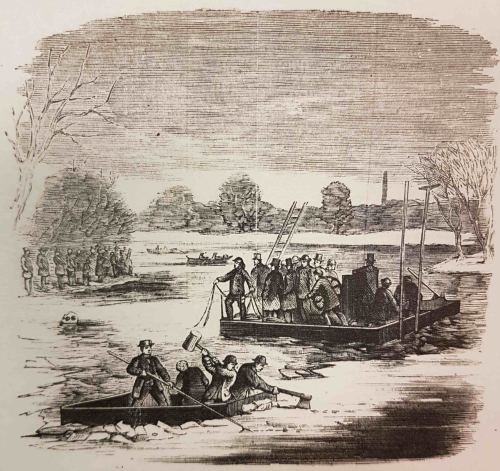 Recovery of the bodies took several days. They were taken to Marylebone Workhouse, and relatives and friends attended to make formal identification.  All the deceased were male and mostly aged in their teens and twenties. 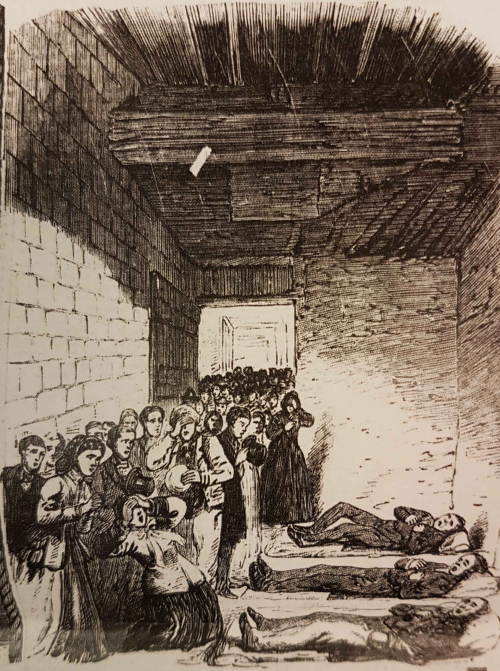 The victims came from a variety of backgrounds, not all from London.  They included several schoolboys and students, clerks, a warehouseman, a fruit seller, an organ pipe maker and an organ builder, a costermonger, a silk merchant, a coach-maker and a coachman, an upholsterer, a butler, a cabinet-maker, a gentleman, a gasfitter, and a paperhanger. The youngest to die was nine-year-old Charles Jukes, the son of a Marylebone carpenter living close to the park.

Eleven-year-old John Broadbridge also came from Marylebone. His father Joseph was a bricklayer.  By a strange quirk of fate, Joseph was involved in an accident as a teenager on the frozen lake in Regent’s Park in December 1840.  He and two local men became immersed in the icy water of the lake.  Iceman Charles Davis went to assist them with his boat, but was jerked into the water when all three grabbed hold of it.  However Davis managed to get them into the boat and was himself helped out by another iceman with a ladder.

Robert Edwin Scott was aged 29, a clerk and a lieutenant in the Middlesex Rifle Volunteers.   He lived in Haverstock Hill London with his wife Julia Ann.  Four months after Robert died at Regent’s Park, Julia gave birth to a daughter.  Sadly their baby died at the age of just three months.

The inquest jury’s verdict was that the accident was caused by overcrowding on the ice which was dangerous from brittleness and partial thaw.  The jury recommended that the police or another authority should be given powers to prevent the public from venturing onto unsound ice as the evidence had demonstrated that notices and verbal warnings were not heeded.  It also urged the Government to reduce the depth of water in the lake as already done at St James’s Park.

The Royal Humane Society made eighteen awards to those involved in the rescue.  Staff of the Workhouse and Infirmary were given financial rewards by the Board of Guardians.

The water depth in Regent’s Park lake was reduced from twelve feet.  When the ice gave way in 1886, about 100 people sank into the water.  But this time no-one died because the water was only three or four feet deep.

Posted by India Office Records at 09:00:00 in Domestic life , Leisure