William Wordsworth: The Poetry of Place

2020 marks the 250th anniversary of the birth of William Wordsworth.  To commemorate this the British Library is hosting a free exhibition on the poet that opens today in our Treasures Gallery.  Entitled ‘William Wordsworth: The Poetry of Place’ this exhibition tells the story of Wordsworth’s life and explores the role place played in his poetry.  Visitors will be able to see original documents from the British Library’s collections including early drafts of Wordsworth’s verse, his notebooks, his annotated books, correspondence and more.  The earliest surviving draft of Wordsworth’s poem ‘I wandered lonely as a cloud’ can be seen alongside books bound in one of Mary Wordsworth’s old dresses. 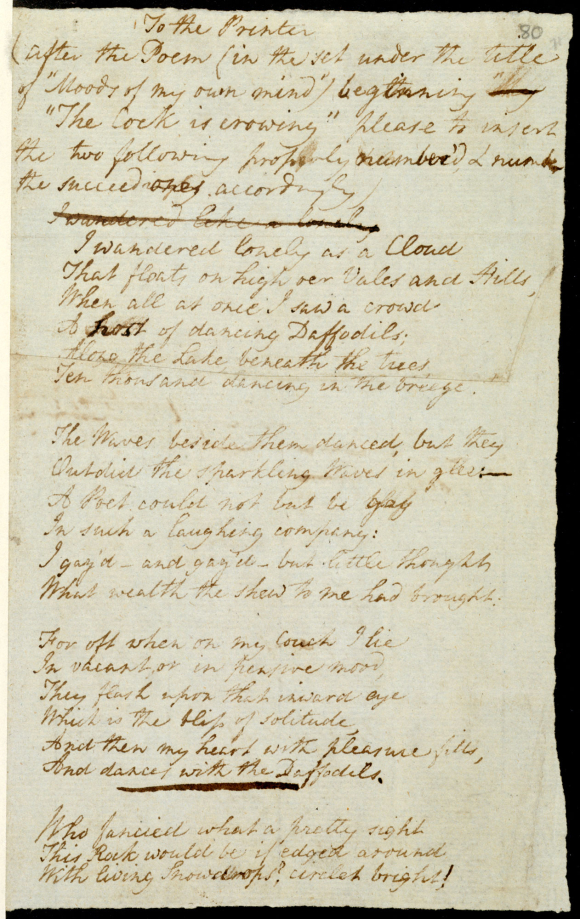 Wordsworth was born on the edge of the Lake District in Cockermouth, Cumberland, on 7 April 1770.  Throughout his life he found solace and inspiration in the natural world and expressed this in his poetry which was often closely connected with specific locations.

‘Place’ is more than a geographic area but a host of associations.  As a concept it encompasses the, often highly personal, emotional, cultural, political, and religious responses an individual – or group – attaches to a territory.  Wordsworth fully understand this concept of ‘place’ and his poem ‘Lines written a few miles above Tintern Abbey’ is a landmark in this regard.  The poem invokes personal memory, experience and feeling to convey the private meaning the abbey has for the poet. 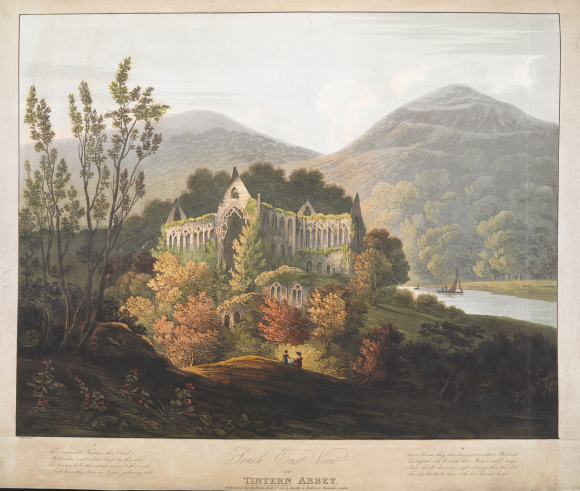 Wordsworth first saw the abbey as a troubled, ‘thoughtless youth’ in 1793, having just made his French mistress, Annette Vallon, pregnant in Revolutionary France before becoming separated from her by the French Revolutionary Wars.  Upon ‘revisiting’ the abbey, five years later, in 1798 the tranquillity of the site and his hope for a better future inspired the poem.  By expressing the personal emotional connotations the abbey held for him, Wordsworth establishes ‘Tintern Abbey’ as poem of ‘place’ rather than ‘landscape’. By reflecting upon his current and former self within a powerful and unchanging landscape the poem marks an important divergence in the genre of topographical poetry which had traditionally simply praised an estate or particular view.  ‘Lines written a few miles above Tintern Abbey’ was published shortly after Wordsworth’s visit in Lyrical Ballads in 1798. 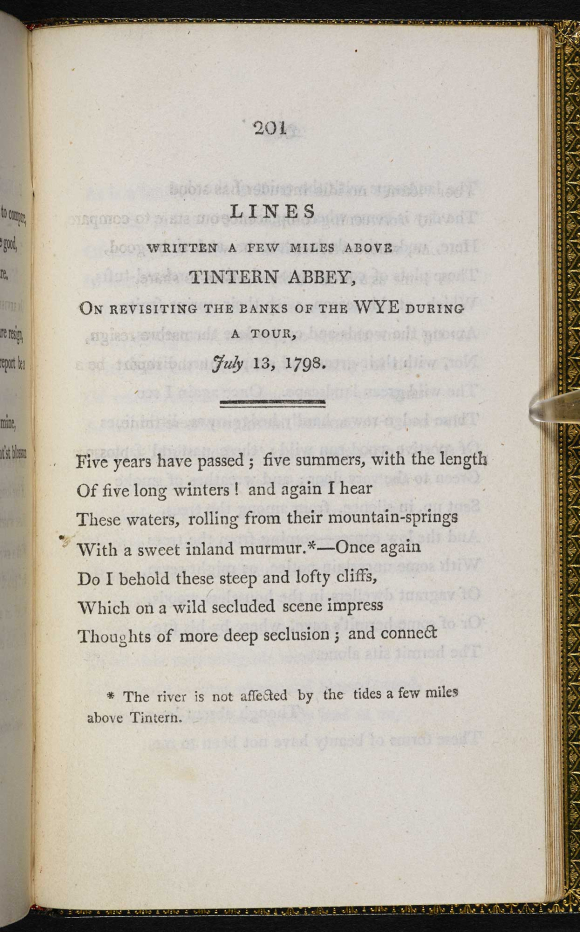 Many of Wordsworth’s poems contain in their titles claims that they were ‘composed’ in the places they describe.  This is the case with several poems on display in the British Library’s exhibition, including the poems ‘Composed Upon Westminster Bridge’ and ‘To a Friend.  Composed near Calais on the road leading to Ardres’.  The titles consciously convey Wordsworth’s understanding of ‘place’ and that poetry can express the emotional responses that a particular location can elicit. Both poems, ‘Composed Upon Westminster Bridge’ and ‘To a Friend’ were originally written by Wordsworth as he travelled to meet his illegitimate daughter, Caroline, in France for the first time.  As such, the places Wordsworth passed through on his journey attained a new importance that he expresses in these powerful poems.

‘William Wordsworth: The Poetry of Place’ is open in the British Library’s Treasures Gallery from 17 January –31 May 2020.