Following in your late brother’s footsteps

Nicholas White was born 7 May 1875, the thirteenth child and youngest son of Nicholas White, a Cornish farmer of 50 acres and his wife Mary Jane Gartrell.  Nicholas was perhaps not the name his parents had intended for him, as his arrival was overshadowed by a family tragedy a few short days later.

Nicholas and Mary Jane White already had a son named Nicholas. He was their eldest son, born in 1855 and a student at the Royal Indian Engineering College at Cooper’s Hill, Englefield Green, Surrey.

On the afternoon of 12 May 1875 Nicholas and another student George Morley had gone swimming in the Thames near Runnymede. Nicholas got into difficulty in the water and had drowned, almost taking his friend George with him according to testimony at the inquest the following week. 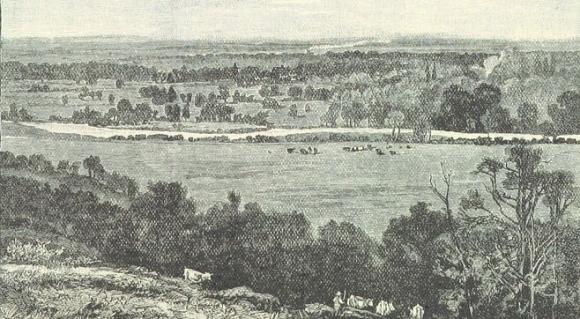 Runnymede from The Half Hour Library of Travel, Nature and Science for young readers (London, 1896) Shelfmark 10027.ee BL flickr

Whatever name the Whites had intended for their newborn son, by the time his birth was registered and he was baptised on 6 June he too was given the name Nicholas, presumably in memory of his late brother.

The links to his late brother did not end there.  On 30 April 1894 Nicholas applied to and was also accepted for entry at the Royal Indian Engineering College at Cooper’s Hill, going on to work as a Civil Engineer for the Public Works Department in the Punjab.  He spent his career in the Punjab rising to Chief Engineer and Secretary to Government in the Public Works Department by March 1925.  He was awarded a CBE in 1929 and retired in May 1930 returning to England.

Nicholas was married in India in October 1902 to Maud Nina Magniac (b.1873).  Following their return to England they lived in Clevedon, Somerset where they remained until their deaths, Maud in 1952 and Nicholas in 1959.

Nicholas senior and junior were not the only White brothers to attend the Royal Indian Engineering College.  John Henry White (born in 1868) also studied there.  He took up his service in India in 1891 with a career in railway engineering.  John was engineer-in-chief for the construction of the North-Western Railway in September 1914 and Deputy Director of Railways in Mesopotamia 1916-1917.  He also married in India in November 1903 to Louisa Winifred Gartrell, a cousin on his mother’s side.  He retired from the service in August 1923, leaving India and settling with his wife and children in St Helier, Jersey.