A recent addition to the collections of India Office Private Papers has been fully catalogued and is now available to researchers.  The Garrod Papers consist of the family archives of William Francis Garrod, a Chaplain in the Indian Ecclesiastical Establishment from 1930 until 1947, his wife Isobel and their four children.  The collection gives a fascinating glimpse into the life of a British family living and working in India at the end of the British Raj. William was born in Bristol in 1893.  He served in France with the Worcestershire Regiment from 1915 until 1918, and in India and the Middle East with a Punjab Regiment until 1922.  On returning to England, he studied history and theology at Queens College, Oxford, where he met Isobel who worked in the Bursary at the College.  They got engaged in August 1926, and were married two years later in July 1928.  The collection contains a lovely group of correspondence between them from this period, which was featured in an earlier Untold Lives blog .  In 1930, they travelled to India on William’s appointment as a Chaplain in the Indian Ecclesiastical Establishment.  They spent the next ten years raising a family, while William worked in various parishes across northern India. 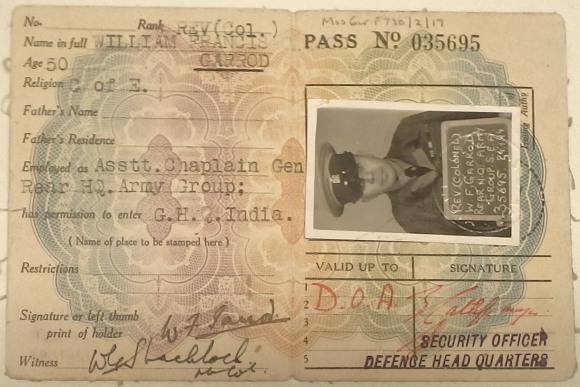 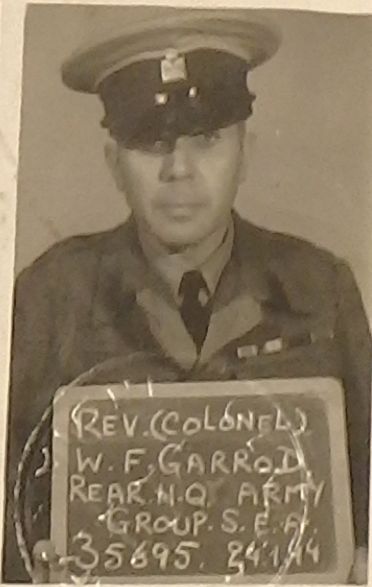 In 1941, William returned to military service as a chaplain in the Indian Army, being posted to Iraq and Syria with the 10th Indian Division.  In 1943, he was promoted to Assistant Chaplain General, first with Eastern Command, then with the Southern Army.  He returned to civil duty in January 1946, and the family returned to England later that year on William’s retirement from the Indian Ecclesiastical Establishment. 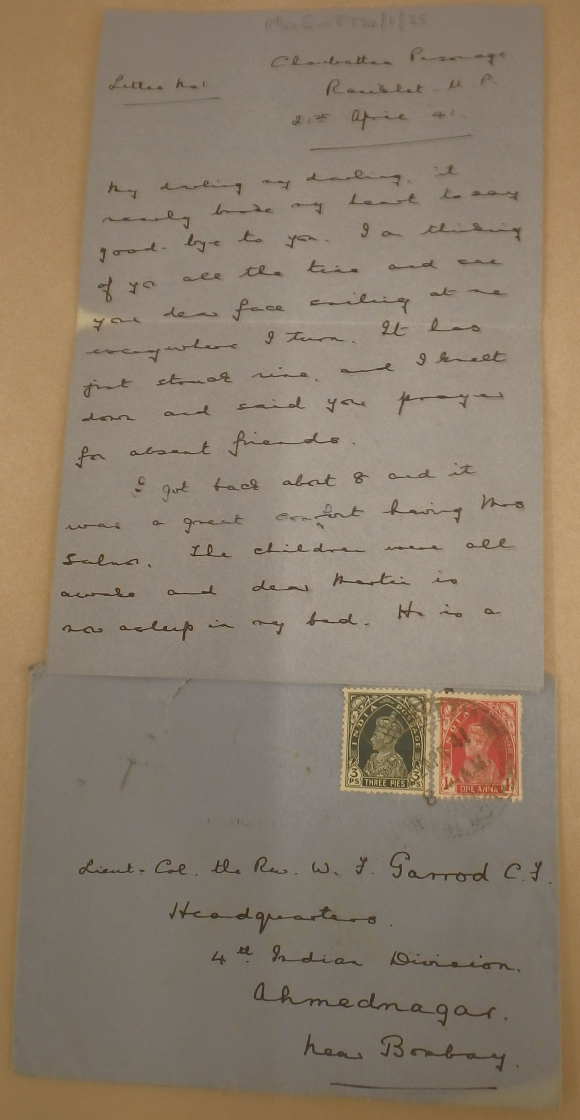 The collection contains a large amount of family correspondence.  William and Isobel wrote regularly to each other whenever they were apart, particularly when he was on active service during the Second World War.  The importance of keeping in touch with family through writing letters was made clear by William in a file in the collection (shelfmark Mss Eur F730/2/12).  In a short article sent to all Chaplains in the Southern Army, William highlighted the importance of letter writing for the morale of the men in the Army overseas. 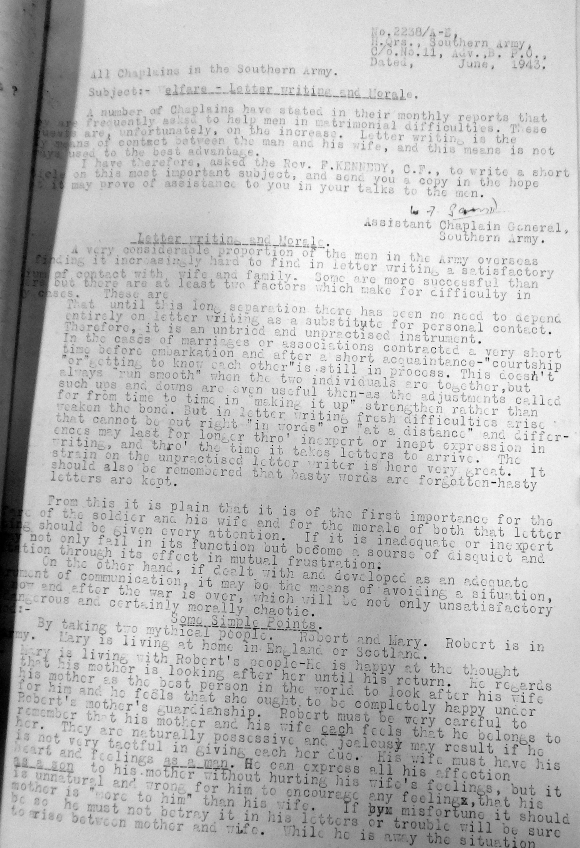 Also included in the collection are files of demi-official correspondence relating to William’s war work as Assistant Chaplain General, maps of the Middle East, printed papers (including instruction guides for officers during the First World War, and papers on Christian teaching and prayer), and albums of family photographs illustrating their life in India.

The Garrod Family Papers are available to view in the Asian & African Studies Reading Room, and the catalogue is searchable on Explore Archives and Manuscripts.