Within a hair’s breadth of failure: John Houghton and the climate change report

Among the papers of the climate scientist Sir John Houghton, (Add MS 89409) is a record of one of the most significant moments in either Houghton’s career or the history of the Intergovernmental Panel on Climate Change, the body set up by the United Nations in order to observe and respond to changes in the world’s climate.  It is a transcript of a meeting in Madrid, in late 1995, of Working Group I, the IPCC’s division for assessing the ‘physical science of climate change’.

At the time, the IPCC was preparing its second major report.  The contribution of Working Group I already existed in draft form, but its summary still needed finalising.  Did its phrasing – especially in its central assertion, that human activity is affecting the climate – reflect the scientific evidence?  As co-Chairman, Houghton was to oversee this fine-tuning, and, if possible, to guide the meeting towards a consensus.  This could never come at the cost of scientific integrity, but it seemed within reach, and worth striving for. 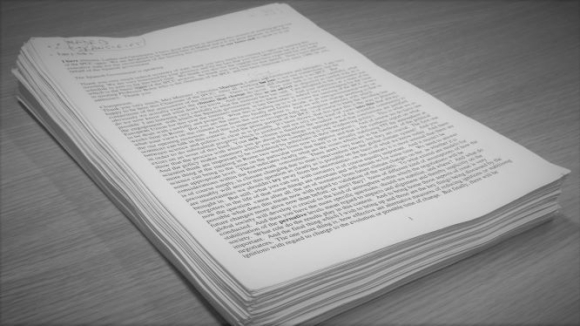 Houghton was prepared for robust debate, but admits that he had not anticipated the direction actually taken by the discussion, which the transcript records in a 238-page slab of twelve-point text (Add MS 89409/4/23).  On the first day, Houghton noticed a representative of the Global Climate Coalition, one of the invited non-governmental organisations, engaging certain delegates in conversation.  That this organisation was generally critical of the IPCC’s conclusions was not in itself a problem, but its being backed by ‘powerful parts of the US and international energy industry’ suggested certain non-scientific interests.  The next day, Houghton found that some of these delegates ‘wanted to weaken the statements about the extent of climate change’ and emphasise the ‘uncertainties about [its] causes’.

Houghton was frustrated because it was clear to him that their motives were political, not scientific.  Indeed, one main representative was not a scientist but a lawyer.  Time was ticking on, objections were now being raised over individual words, and he was being cast in the role of a political negotiator.  Could some concessions be made in exchange for others? ‘I’m keeping no score sheet,’ he insisted.  The science could not be bartered. 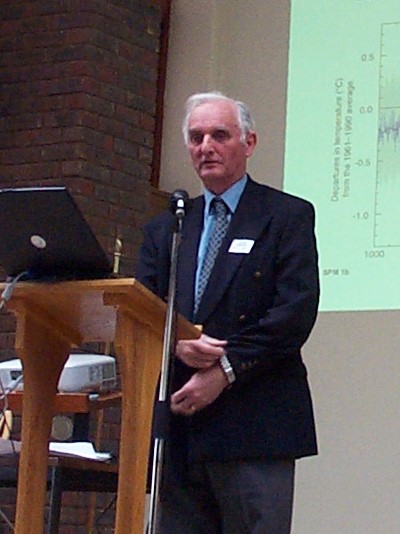 The third afternoon wore on.  Time was running out.  The planned evening meal was abandoned; at 9 pm the translators left.  The meeting agreed to continue without them, and Houghton pressed on.  Only at twenty past midnight, minutes before the building closed, did they finish.  But a consensus, albeit sobering, had been reached: ‘The balance of evidence suggests that there is a discernible human influence on global climate’.

Houghton has written that if it had not been for the last-minute success of this meeting, the major Kyoto Protocol climate treaty would not have been adopted two years afterwards.  He has also observed that all the opposition actually resulted in a better, stronger document.  ‘It was a stimulating and exciting time’, he reflected later, ‘but we had come within a hair’s breadth of failure’.

The Papers of John Houghton were gifted to the British Library in 2015.  At present a single series ‘Intergovernmental Panel on Climate Change (IPCC)’ consisting of correspondence, notes, offprints and published material, is available to researchers through the British Library’s Explore Archives and Manuscripts catalogue at Add MS 89409/4.

The British Library would like to thank the American Institute of Physics (AIP) for their generous support in enabling the cataloguing of this material.

Posted by India Office Records at 09:14:53 in Science , Science and environment

Posted by India Office Records at 9:14 AM