The London social season of 1863

‘Easter comes to interrupt the opening season, but London is all alive again with excitement.’

This was the opening line to an article in The Era on 29 March 1863 looking forward to the start of the London social season.  Sport, opera, art, music and the weather were all matters up for discussion. 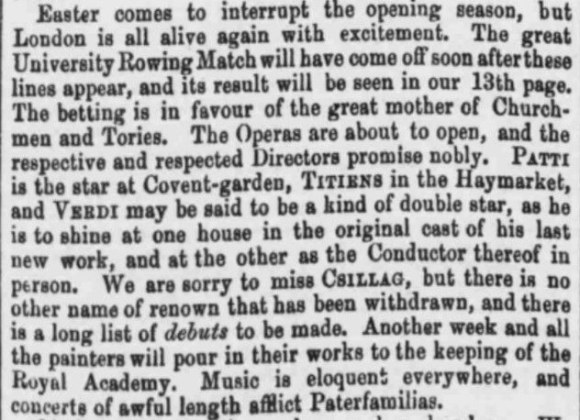 The first anticipated event was the annual University Rowing Match, with the favourite to win being described as ‘the great mother of Churchmen and Tories’, otherwise known as Oxford.

The opera season was due to commence the following week and is described in great detail with the highlights of that year being remarked on as Patti at Covent Garden, Titiens at the Haymarket and Verdi being ‘a double star’ with both his last work and his most recent being shown in London.  The author is a little critical of the music of the season remarking that, although music is always ‘eloquent everywhere’, there had been a ‘recent affliction of concerts of an awful length’. 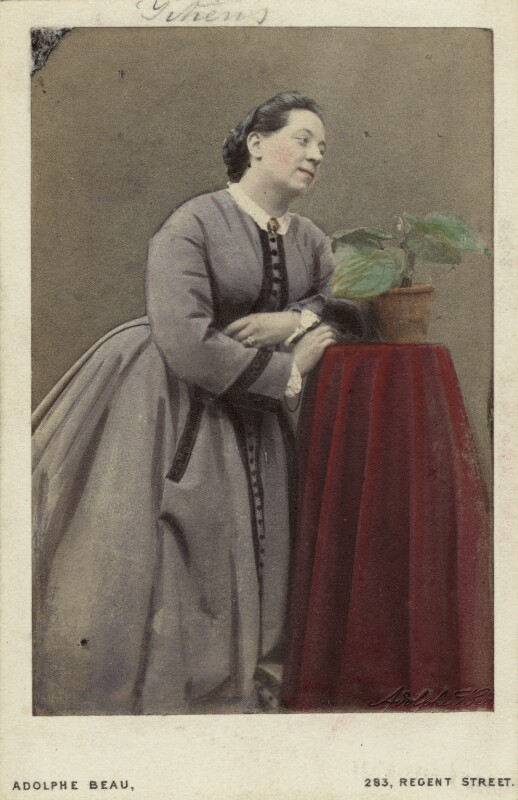 Then it is the turn of art, with the painters all preparing to show off their latest works at the Royal Academy.

There is also an observation that there would normally be remarks and pleasantries about the weather as it was the start of spring, but as they had heard that even the Crystal Palace could not be ascended owing to ‘winds of seventy miles an hour’, pleasantries no longer seemed appropriate.

The article ends with mention of the social calendar of the Prime Minister, Viscount Palmerston, who is on his way to Scotland for a visit to Glasgow.  His inauguration as the Rector of Glasgow University took place on 30 March 1863.

The social season of 1863 certainly sounded like a busy and exciting one in London.  Hopefully the 70 mile an hour winds didn’t deter the public from attending their social engagements and enjoying the delights of culture and entertainment that were on offer that year.

Posted by India Office Records at 09:00:00 in Arts and crafts , Leisure , Newsroom