A search through the British Newspaper Archive recently for interesting articles relating to India for Easter did not turn up any exciting stories, but did instead provide some entertaining distractions owing to misconstrued search results.

Here are two of my favourite ‘stories’ found in the results.

‘India Office Lists Easter Furnishing Bargains’
This was a result returned from the Hertford Mercury and Reformer 22 April 1916, suggesting that the India Office was having a furniture clear out and sale. Unsurprisingly this did not turn out to be the case, as these were actually two unrelated advertisements with their titles merged together.  The first for the India Office Lists was an advert for the publication of the latest edition, now available for sale.  The second was an advertisement for Bedroom Furniture Suites being sold by Ward’s Stores, Seven Sisters Corner, Tottenham. 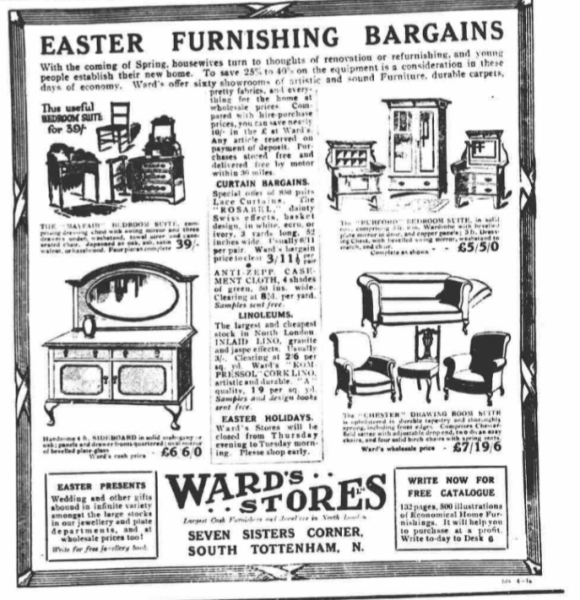 ‘British Officers Stories of India Gardening for Easter 2d’
This was a result returned from the Yorkshire Post and Leeds Intelligencer 13 April 1922 suggesting that a British officer had published his stories of adventures whilst Easter gardening in India.
It transpires however that this is an advert for the latest edition of the Yorkshire Weekly Post in April 1922. These are sadly two separate articles ‘British Officers' stories of India’ and ‘Gardening for Easter’ which appeared alongside each other in the same edition of the journal. 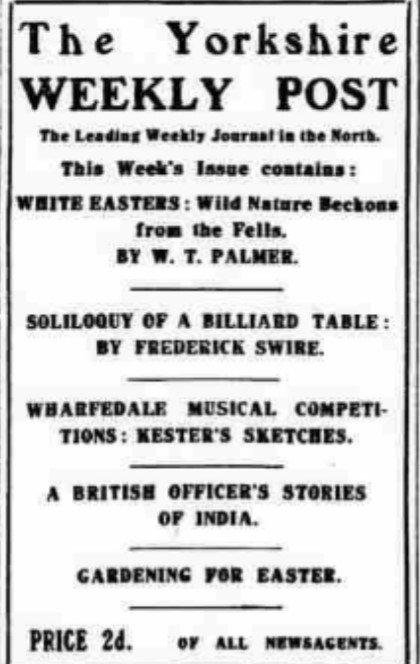 There were also a number of search results where the text recognition software used to make newspapers searchable had misread words as Easter.  One of my favourites in this category was:
‘Baths proprieters of well India Easter’
This was another advertisement, this time in the Star (London) 16 April 1803. The publication being advertised was a Treatise, written by the Earl of Dundonald, and showing ‘the intimate connection that subsists between Agriculture and Chemistry’.  The advertisement went on to suggest a number of organisations which may be interested in such a treatise, including ‘to the Proprietors of West India Estates’.

So, while there were no interesting stories about Easter in India to be turned into a blog this time, I do hope that Untold Lives readers had a chuckle at these search results.

Posted by India Office Records at 09:00:00 in Domestic life , Leisure