Sepoy of the Bengal Light Infantry from John Williams, An historical account of the rise and progress of the Bengal Native Infantry, from its first formation in 1757, to 1796 (London, 1817) British Library shelfmark T 35392 BL flickr

We have been adding data from the Bengal General Orders (IOR/L/MIL/17) on gallantry awards and pensions for Indian soldiers.  Pensions were granted to invalid soldiers, and the relatives and next of kin of soldiers killed or dying from wounds received in action might be admitted to a family pension.  For example, in 1825 the mother of the late Kamahjut Singh, a Sepoy in the 68th Regiment Native Infantry, was admitted to a pension. The following details are recorded about her:
Claimant: Bheekoo, aged 60 years 0 months.  Claimant's height: 4 feet 11 ¾inches.  Caste: Rajpoot. Claimant's appearance:  Has no particular marks, but very aged in appearance.  Location: Kurkah, Okurru, Behar.  Relationship to the deceased soldier: Mother.  Admitted: 24 Dec, 1825.  Amount of pension: 2 12.  Payable: For life.  Desires to draw pension at Dinapore.  Paid by Pension Paymaster.

One very useful feature of the India Office Family History Search is the opportunity to search by keyword as well as by name.  It is therefore possible to investigate causes of death from diseases such as cholera and from natural disasters such as earthquakes.  Searches on place names can reveal interesting lines of enquiry and links.  A check on Cheltenham shows that the town was very popular for retirement amongst East India Company and India Office overseas officials, especially military officers and their wives. 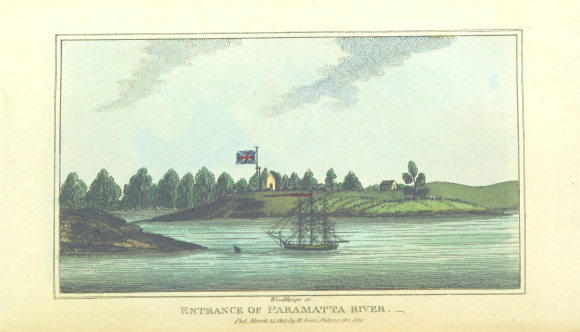 Exploring with the keyword Australia brings back 50 hits for people from a variety of sources including application papers for military and civil posts, pension fund records, memorial inscriptions, registers of baptisms and marriages, and ship journals.  Some examples are:

Convicts Daniel Sutherland and Mary Springate died at Port Jackson in October 1792 having arrived on the ship Royal Admiral.

William Grant Broughton worked in the Accountant General’s Department at East India House 1807-1814 and was subsequently ordained. He became Bishop of Australia in 1836.

Mary Stirling*, whose father James was the Governor of Western Australia, was born at sea on 11 October 1832 and baptised at St Helena nine days later.

Sister Emily Clare of the Australian Army Nursing Service died of pneumonia on 17 October 1918 aged 28 and was buried in Deolali Government Cemetery.

*The name is spelled Sterling in the St Helena baptism register and transcribed as such in the India Office Family History Search.