In the 1700s prominent Jacobite families chose to show their allegiance by christening their children with Jacobite names.  The marriage of Maria Clementina Sobieska, granddaughter of King John III Sobieski of Poland, to James Francis Edward Stuart, Jacobite claimant to the throne, influenced many, and both Clementina and Sobieski/Sobiesky were popular choices for girls at that time. 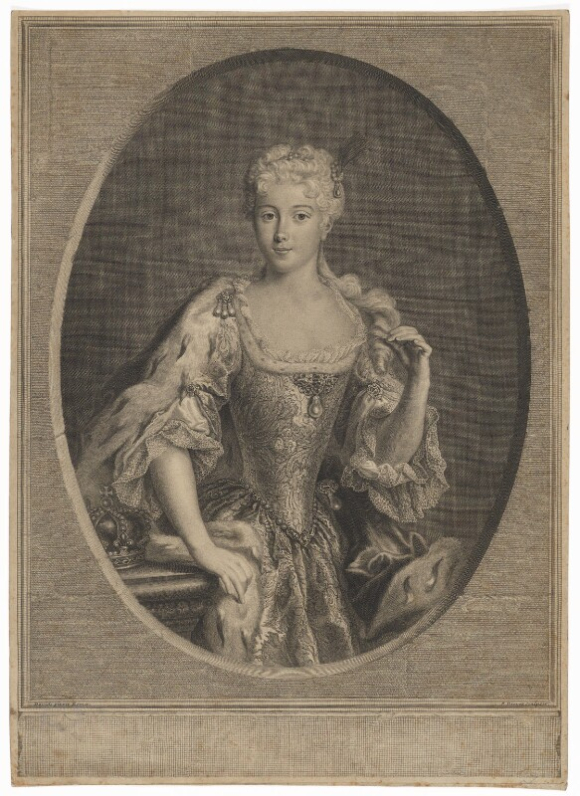 Wrexham in Denbighshire had a number of Jacobite families and Sobieski Edwards was born there in 10 July 1746 to Thomas Edwards, a shoemaker.  The family also had a son Edward.

The Edwards children moved to London and on 3 June 1770 Sobieski Edwards was married in Soho to Daniel Hobbs.  The marriage was short-lived as Daniel died November 1772.  They had one daughter, Sobiesky, born on 7 December 1770.

Sobieski Hobbs remarried on 21 September 1774 in St Giles London to Timothy Sullivan, a warehouse-keeper for the East India Company.   Sullivan was a colourful character who found himself facing numerous charges of corruption and malpractice during his time with the Company and was eventually dismissed in 1782. Allegations against him included giving his brother-in-law Edward Edwards a job as a labourer at a Company warehouse, manipulating official records to make it appear he had been properly nominated to the post, and using Company money to have improvement works done on his own house.

By 1784 Timothy Sullivan had also died.  In October 1784 Sobieski submitted a plea to the Company for relief, which must have been out of desperation given her husband’s past employment history.  Her memorial was referred for consideration to the Committee of Warehouses, and then in November to a joint meeting of the Committee of Warehouses and Correspondence. Unfortunately we have been unable to trace the decision taken as it was probably recorded in minutes which were destroyed by the India Office in the 1860s. 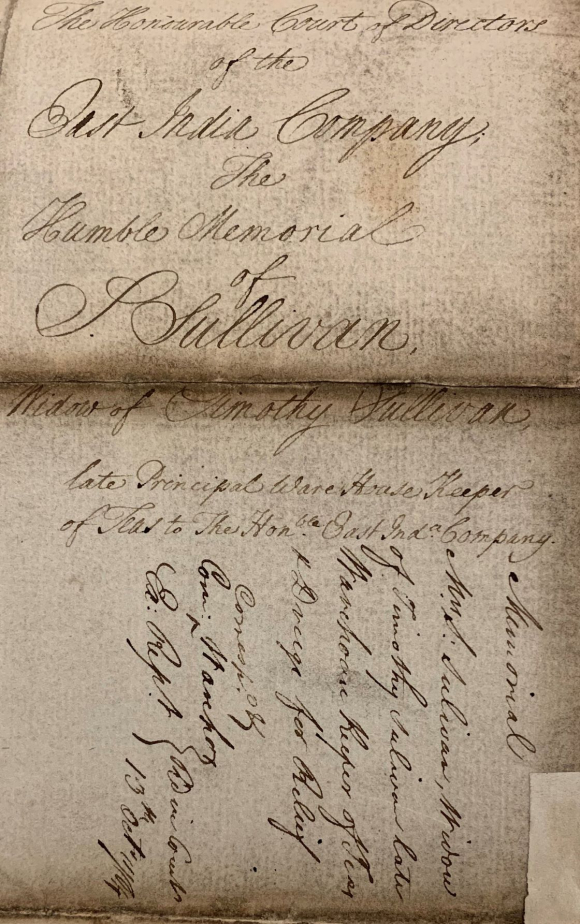 Sobieski Sullivan died in Holborn in December 1825.  Her will, proved in 1826, named her brother Edward Edwards as executor and left all her wealth (sadly valued at less than £20) in trust to her daughter.  She stipulated that her daughter’s husband William Fowler be prevented from ever receiving or benefitting from it.

Sobiesky Hobbs had married William Fowler in 1793 in Spitalfields.  They had one daughter, also called Sobieski, born in Bethnal Green in 1794.  All we have found about William Fowler is that on the couple’s marriage certificate his profession is ‘Gentleman’ and his father is listed as unknown.

Their daughter Sobieski Fowler met Robert Ward sometime prior to 1816 and the couple had six children, five sons and one daughter, Sobieski Elizabeth.   The family lived in Newington where Robert was at various times a butcher, a tea dealer and a tipstaff to judges.

The Wards hadn’t married before they had children.  Their marriage eventually took place on 9 February 1846 in Newington, most likely because Robert Ward was ill as he was buried in Newington on 2 June 1846.  Sobieski Ward died a few years later in 1849.

Sobieski Elizabeth Ward lived with her brother Joseph, taking over the family home of 35 New Street, Newington in the early 1860s before moving to 77 New Street by 1871.  Joseph was a commercial clerk and Sobieski a governess who went on to run her own school.