The Bunny Family of Berkshire

The Bunny Family was well-known in the Newbury area of Berkshire in the late 18th and 19th centuries.  Descendants of grocer Blandy Buck Bunny became prominent members of local society working as bankers and in the legal profession.

Blandy’s grandson Jeré Bunny was a solicitor in Newbury.  In 1813 he married Clara Slocock, the daughter of a brewer.  Clara died in 1835 at the age of 46.  Ten of their children, born between 1815 and 1834, survived to adulthood, and their lives took many different paths: vicar’s wife, soldier, farmer, fugitive, solicitor, gold miner.

Eldest son Charles farmed at East Woodhay in Hampshire on land passed down the family.

The next brother Brice Frederick trained as a barrister.  He emigrated to Australia in the early 1850s and worked as a gold miner at Forest Creek in Victoria, but gave up after six months, moving to Melbourne to resume his legal career.  Brice became a highly regarded equity lawyer.  He served as an MP and then became a judge.

Edward William Bunny studied at Oriel College Oxford and trained as a solicitor. He had to have a leg amputated because of a diseased knee joint.  In 1861 Edward moved to New Zealand, becoming Registrar of the Supreme Court.

Henry Bunny also qualified as a solicitor and worked with his father in Newbury.  By 1853 he was the town clerk.  Then he suddenly disappeared with his family to escape his debts.  A special messenger was sent by his creditors to the Duke of Portland which was about to sail from Plymouth to New Zealand.  Mrs Bunny and her children were found on board but there was no sign of Henry.  It was rumoured that he was on the ship but disguised in women’s clothes.

In New Zealand Henry set up business as a solicitor but was suspended when a case for fraud was brought against him in the UK.  However he bounced back and then entered politics.  He was elected a representative in the Provincial Council of Wellington and served in the New Zealand Parliament.  Sadly Henry committed suicide in 1891 whilst suffering from ‘melancholia’ and sciatica.   The inquest returned a verdict of temporary insanity.  A monument funded by public subscription was erected in his memory.

Youngest son Arthur Bunny had a distinguished career in the Bengal Artillery.  He fought in many campaigns and received awards for bravery.  At the battle of Multan in 1848 he was wounded by a musket ball in the shoulder and had his horse shot under him.  Arthur was made a Companion of the Order of the Bath in 1873. 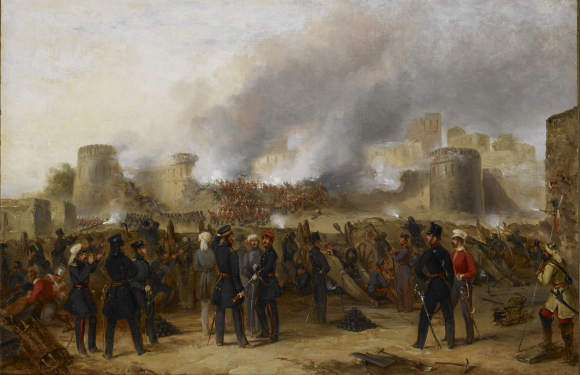 Jeré Bunny died in 1854.  Newspapers speculated that his death had been hastened by the strain of the legal proceedings against his son Henry.  Jeré’s will was made in May 1851, but a codicil dated November 1853 revoked all bequests to Henry, except 20 shillings.   Another codicil the following month withdrew all bequests to Charles, Brice, Henry and Arthur as their entitlement had been already been spent on their ‘advancement’.