Lady with the Lamp at 200: Florence Nightingale’s Bicentenary

Florence Nightingale was an icon of the Victorian era and her name still inspires confidence today.  It was the name given to the seven temporary intensive care hospitals set up by the NHS in response to the Covid-19 epidemic in recognition for her work to the nursing profession.  It is interesting to note that the origins of pre-fabricated temporary hospitals come from the Crimean War, when Isambard Kingdom Brunel was directed to design a temporary hospital for use at Renkioi in the Dardanelles.  Despite arriving late in the war, the hospital proved a success with a lower death rate than the hospital in Scutari, Turkey. 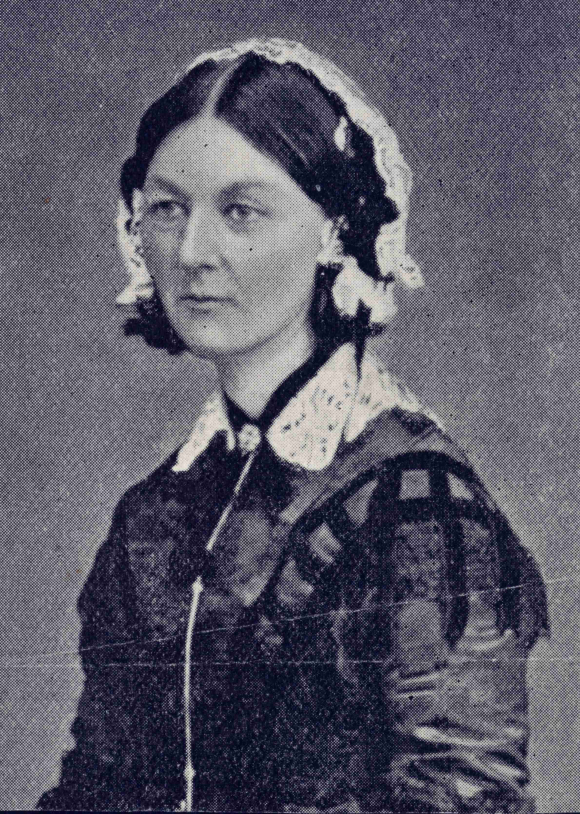 Nightingale is best known for her nursing work during the Crimean War.  At the request of her friend Sidney Herbert, the Secretary of State for War, she led a party of 38 nurses to work at the hospital in Scutari.  This was an unprecedented decision by Herbert as women had never been officially allowed to serve in the army and Nightingale reported directly to the Secretary of State. Reports had reached Britain of a shortage of nurses, medicine and a lack of hygiene that meant that soldiers were not just dying from battle wounds but from poor conditions. 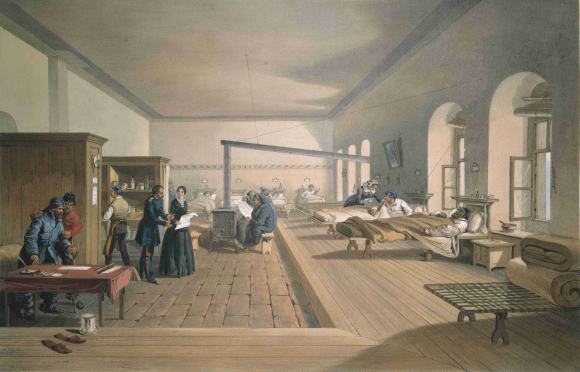 One of the wards in the hospital at Scutari. Image from The Seat of War in the East - British Library 1780.c.6, XXXIV  Images Online

Scholars disagree over the impact of Nightingale’s work in Scutari but essentially she implemented basic hygiene and sanitation practices such as cleaning the wards and hand washing.  These practices alongside the additional nurses began to have a significant impact on the survival of soldiers. 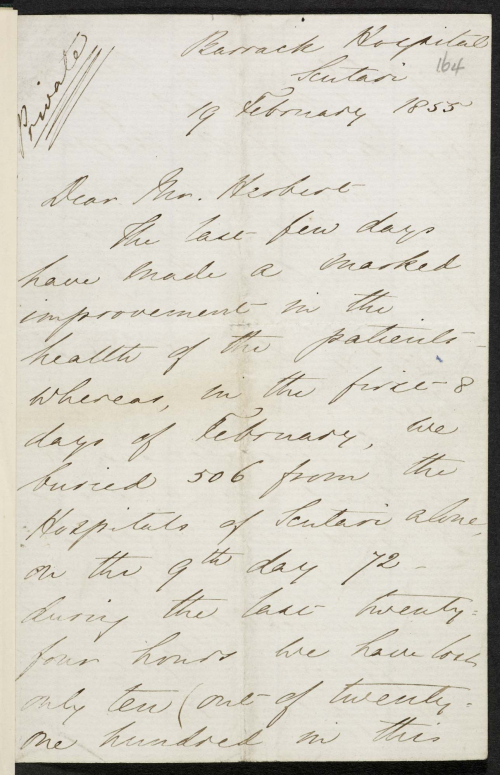 In this letter from 19 February 1855, Nightingale writes to Herbert to inform him of the falling death rate at the hospital in Scutari.  Nightingale was a talented statistician becoming the first woman to be admitted to the Royal Statistical Society in 1858 and a pioneer of data visualisation as seen in the diagram below, which shows the Causes of Mortality in the Army of the East.  The diagram corroborates the falling rate of deaths, mentioned in her letter, from preventable causes.  The number of deaths had climbed since the start of the war and reached a peak in January 1855.  Nightingale arrived in Scutari in November 1854 and once her efforts began to take affect within a couple of months the death rate began to fall.  The diagram will be on display in the Treasures Gallery once the British Library has reopened. 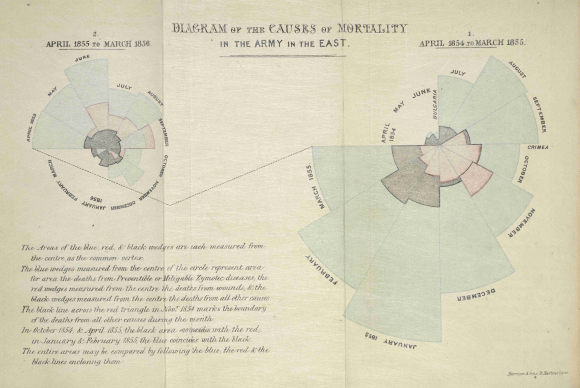 Florence Nightingale, 'Diagram of the Causes of Mortality in the Army of the East', Add MS 45816, f1 Images Online

Nightingale continued to advocate the importance of good sanitation and environmental conditions for patient health throughout her life.  A letter from 1860 describes how she believed that ‘open air’ and ‘ventilation’ could help a patient to recover.  Using these methods, Nightingale set out to professionalise the occupation of nursing for women and eventually set up a nursing training school at St Thomas’s Hospital in London.  She was keen to end the stereotype of the ‘fat drunken old dames’ previously employed as nurses, such as the character of Mrs Gamp used by Dickens in Martin Chuzzlewit.  Nightingale was prominent in promoting sanitation reform to the wider British Empire, especially in India. Documents about her work in India can be found in the British Library’s India Office Private Papers. 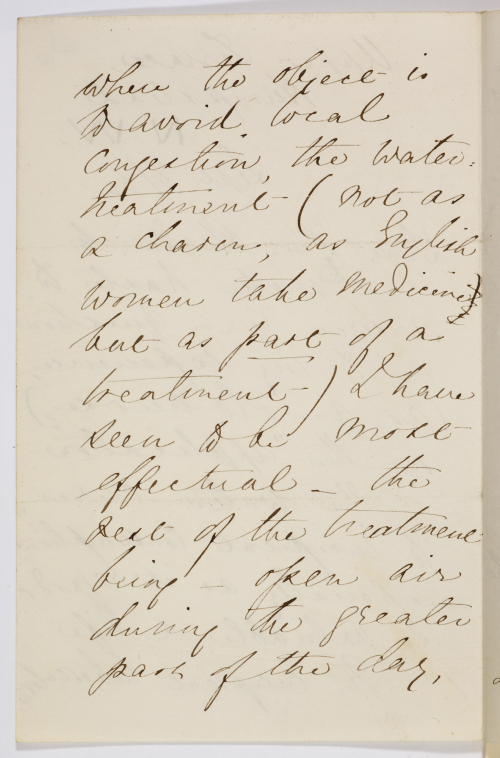 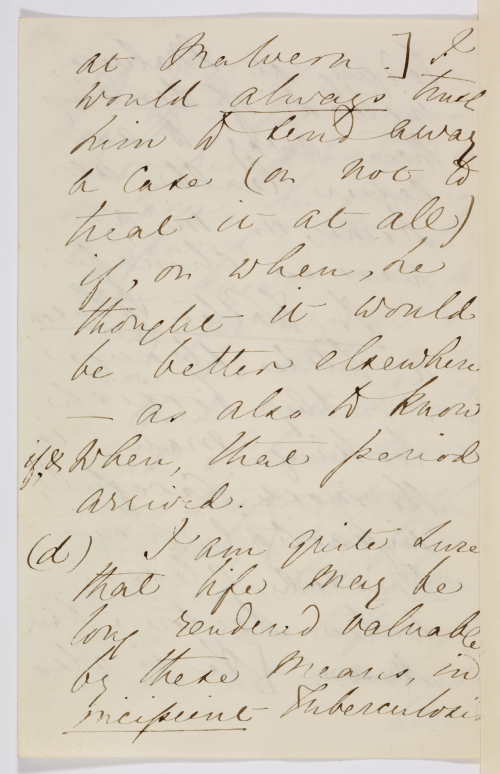 The two letters and diagram by Nightingale form part of her significant personal archive of correspondence, reports, accounts and administrative papers held as part of the Library’s modern archive and manuscript collections.  This collection guide created for her anniversary provides more detail on these collections.