The 1911 Census and the Wellesley Training Ship

Carrying out some family history research, I came across Frank Gore’s entry in the 1911 census.  Frank was a 14-year-old boy from Birkenhead so what was he doing on Tyneside, and why was he described as an ‘inmate’?

Frank was on the Wellesley Training Ship, moored on the Tyne, which prepared young men from poor and troubled backgrounds for service in both the Royal and Merchant Navies.  On census night in 1911, the ship housed the Superintendent, the wonderfully named Lieutenant Percy de Winton Kitcat, and his family – wife Edith, sons John and Charles and daughter Delicia - as well as a visiting mother-in-law, and a female servant.  Staff consisted of a drill instructor, a master sailor, three seamanship instructors, a woodwork instructor, a carpenter, and a school master.  There were 280 boys on board, from across the North East, Yorkshire, Durham, Lancashire and Cheshire, and from as far away as Nottinghamshire, Glamorganshire and even Surrey.  The boys were given a practical education in seamanship and woodworking skills, and a basic general education. 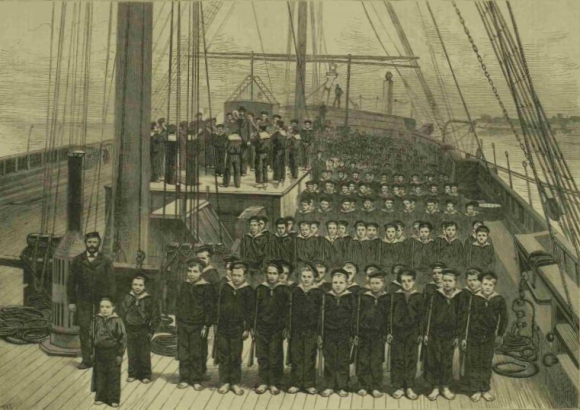 Frank’s family were scattered in 1911.  His father John Robert, a ship’s riveter, had died in 1904, and his two surviving brothers were at sea.  His sister Lillian was living with relatives and doing piece work wrapping soap.  I haven’t been able to trace his mother Ellen in 1911, so perhaps it is no surprise that he was being looked after in an institutional setting.

Frank’s life was very different from that of Percy de Winton Kitcat, who was born in 1872 in Swallowfield, Berkshire, the son of John Kitcat and Emma Margaret de Winton.  Percy and his brothers, but not their sisters, all received the de Winton name in addition to Kitcat, a tradition that followed on amongst Percy’s own children.  In the 1881 census Percy was boarding at a school run by Martha Hibbard at Bell Farm, Clewer, Windsor, along with twelve other boys aged from 8 to 12.  Two of the boys – Hugh Marendon and Keith Jackson both age 10 – were born in India, as was their teacher Emily Clarke.

Percy was apprenticed into the Merchant Navy in Feb 1890 and by 1895 he was a Lieutenant in the Royal Navy.  At the time of the 1901 census, he was serving on HMS Resolution, a 1st class Battleship at Gibraltar.  By 1908, Kitcat was a Commander Instructor in the Royal Navy Volunteer Reserve based in Bristol.  He was appointed as Superintendent to the Wellesley Training Ship in July 1910. 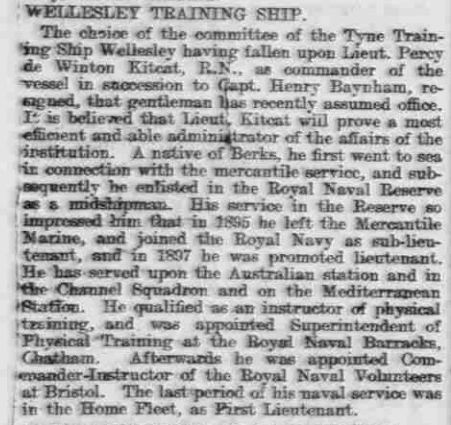 The Wellesley Training Ship was destroyed by fire in 1914.  The nautical school continued on land, first at Tynemouth and then at Blyth, Northumberland.  It became an approved school in 1933 and continued to provide a nautical education.  It officially closed as an educational institution in 2006. 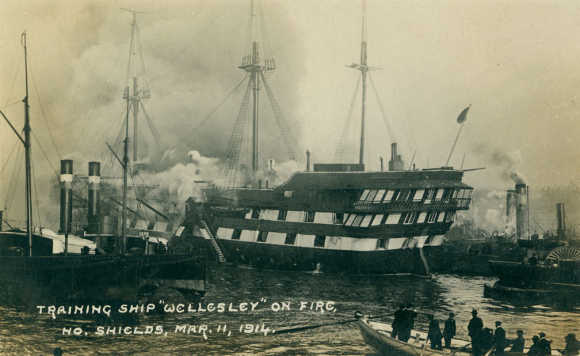 So did the Wellesley Training Ship prepare Frank Gore for a life at sea?  He did join the Merchant Navy, and was still at sea in the early 1920s. 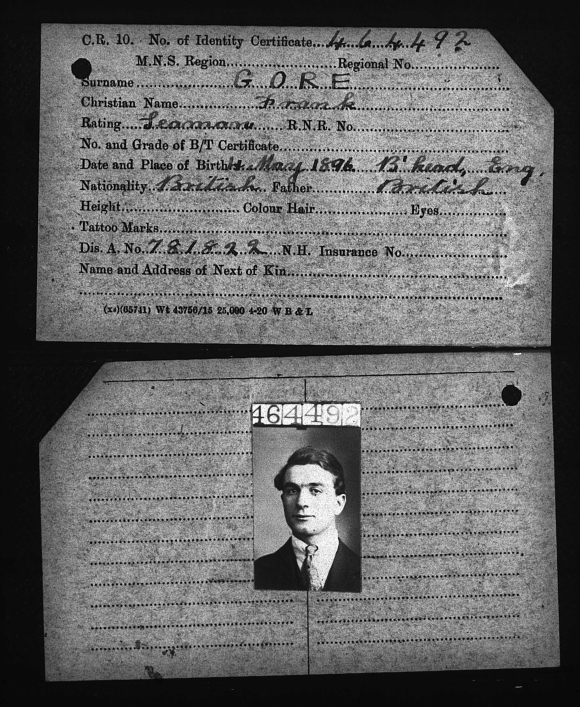 Frank Gore went back to the Wirral, married, had children.  His entry in the 1939 Register shows him living in Birkenhead and working as a labourer in a margarine works.