Beautifully tooled bookbindings signed with the initials C.E.G. appear on printed books dating from the early 20th century.  These are the initials of Charles Elsden Gladstone (1855-1919) of the Royal Navy. 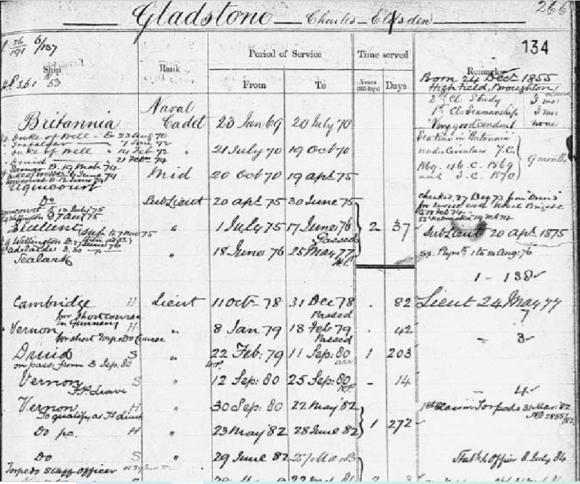 The National Archives chart his somewhat unusual career.  Like his later fictional counterpart James Bond, he attained the rank of commander.  Also like Bond, he used cutting edge tech.  There is even a suggestion of covert intelligence gathering activities!  Admiralty service papers refer to an early specialism in torpedos, submarine weaponry and skill in photography which aided research on the subject of armaments.  He saw action in 1873 when he was landed with the Naval Brigade in the Ashanti War, while serving on the corvette H.M.S. Druid. 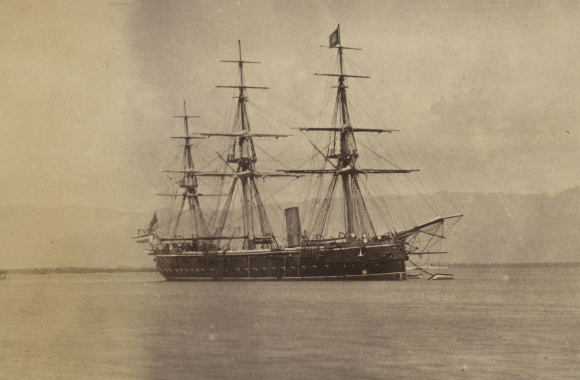 Photograph of starboard side of H.M.S Druid, a corvette at sea with sails down, 1880 - image courtesy of Royal Collection Trust

As for hobbies, Gladstone’s name is included in the annals of specialist societies relating to microscopy and optical magic lanterns, interests which suggest he had a keen eye and feeling for accuracy.  His family house was based in Thanet where he lived with his wife, a son, a governess and enough domestic help to make his situation comfortable.  Gladstone’s life, therefore, is quite well documented, but, annoyingly for the fans of bookbinding, not his connection to the craft!

Apparently Gladstone family lore confirms that Gladstone bound books but what does this mean?  Traditionally, binding was a two stage process, making the structure (called ‘forwarding’) and applying the decoration (‘finishing’).  Practitioners did not usually teach themselves.  Apprentices spent seven years training with an accredited bookbinder.  Did Gladstone master both techniques and who taught him?  I have found no evidence either way.

People outside the craft did learn to bind but were usually guided by professionals in some way.  A contemporary of Gladstone’s, Irish barrister Sir Edward Sullivan (1852-1928), ‘finished’ ready-bound books to a high standard.  Today, these bindings fetch high prices, as do Captain Gladstone’s though to a lesser extent.  Was this a pastime for Gladstone or the means of raising income?  The latter seems unlikely as his navy salary was good and his retirement pay (from 1904) was £400 a year.  In 1919, the Liverpool Probate Registry listed the gross value of his estate as £27030 2s 5d. 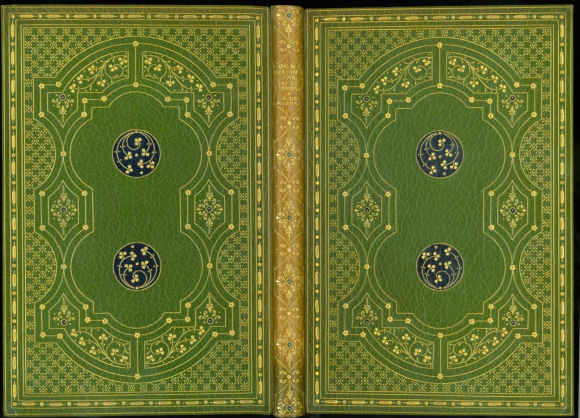 For a naval officer Gladstone was a quite remarkable bookbinder!