In late 1904 William Foster took extended leave from the India Office Record Department to visit India, an experience he found most enjoyable.  Foster travelled with Henry John Tozer who was a clerk in the Statistical Department of the India Office.  The pair visited Calcutta, Madras, Trichinopoly, Madura, Conjeeveram, Tanjore, Tuticorin, and Columbo.  Tozer toured industrial premises and interviewed officials, and also studied the inscriptions and architecture of temples. 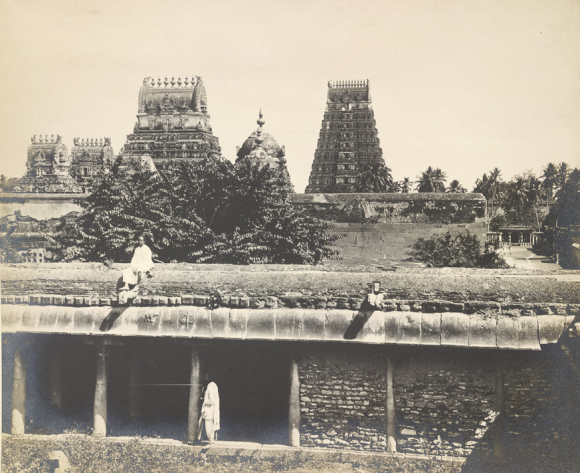 The principal shrine of the Varadarajaperumal Temple at Conjeeveram (Kanchipuram) from the Archaeological Survey of India Collections: Madras, 1896-98 British Library Photo 1008/3(321)

Tozer was collecting data for a paper on Indian arts and industries which he was to deliver on his return to London. On 11 May 1905 the Maharaja Gaekwar of Baroda, who was on a private visit to England, presided at a meeting of the Indian Section of the Society of Arts.  Henry Tozer read his paper ‘The manufactures of Greater Britain – India’.

Henry Tozer was born in 1864 in Cottishall, Norfolk, the son of an Inland Revenue officer.  By 1881 his family had moved to Romford in Essex and Henry was working as a junior clerk at the Admiralty.  He joined the Accountant’s General Department of the India Office in January 1882 as a clerk, 2nd class.  Tozer then studied at the University of London, gaining a B.A. (Hons) in 1889 and an M.A. in philosophy and political economy in 1893.  He transferred to the Revenue and Statistical Department in 1897.  The Society of Arts awarded Tozer a silver medal for a paper on Indian trade in 1901, and he published British India and its trade in 1902.

Tozer was a man of many interests. He addressed industrial conferences and spoke at the Economic Club of the Working Man’s College in Crowndale Road in the 1890s. He published an English translation of Jean Jacques Rousseau’s The Social Contract in 1895 which is still widely cited today. 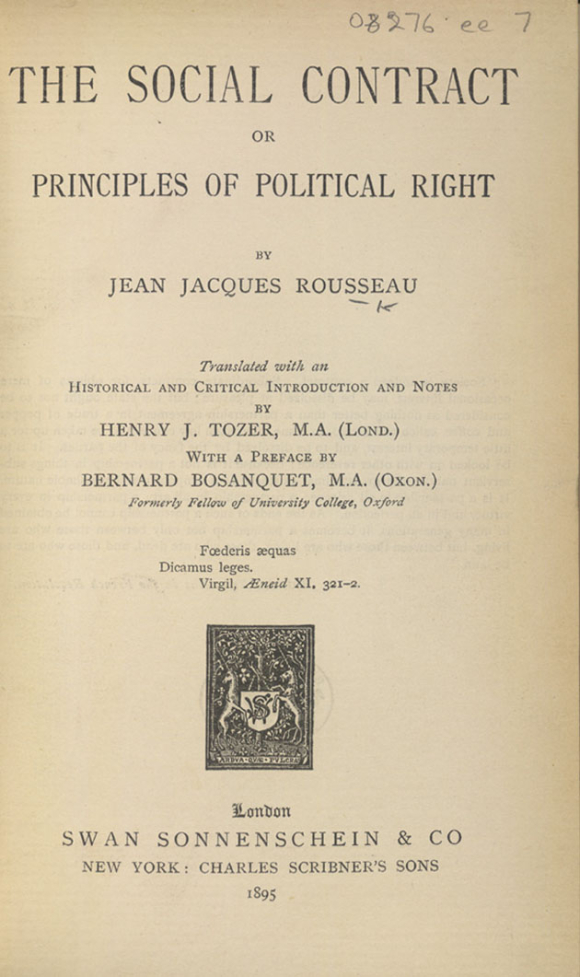 Before he married Amy Jane Carruthers in 1908, Tozer lived at the Passmore Edwards Settlement in Tavistock Square London.  Young professional men living at the Settlement gave classes in academic and practical subjects to poor adults and children living nearby.  Tozer was an active member of the local committee of the Charity Organisation Society.  In 1898 Tozer corresponded with George Bernard Shaw about the appalling sanitation of the parish of St Pancras, and in 1903 about the Education Act.  Tozer wrote to Winston Churchill in January 1903 inviting him to open a debate at the Settlement on the fiscal question – Churchill declined.

Henry Tozer also corresponded with Pierre Kropotkine, the Russian writer and activist who spent part of his exile in Britain in the late 1890s.  Tozer sent Kropotkine a Blue Book on India.

Tozer was promoted to senior clerk in 1911 and principal in 1921.  He worked in the military, public works, revenue and industries and overseas departments. He retired in 1924.

In 1939 Henry and Amy Tozer were living in Kensington Park Gardens, Notting Hill, with a resident cook, parlour maid, and housemaid.  Henry Tozer died in October 1943.