The treasures of King Thibaw of Burma

In 1885, British forces sailed up the River Irrawaddy in Burma to force the abdication of King Thibaw.  On 28 November, General Sir Harry Prendergast and Colonel Edward Sladen entered Mandalay Palace and accepted the King’s surrender. 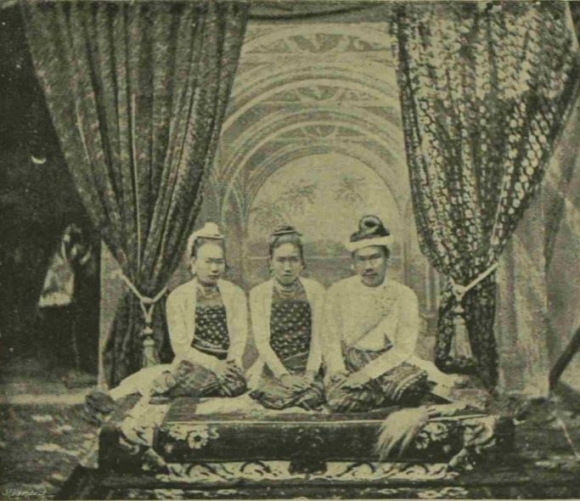 Thibaw’s palace in Mandalay was a magnificent carved and gilded structure with a great seven- roofed spire.  Whilst the government reported a largely peaceful and mutual transfer of power, other accounts suggested an unruly takeover.  The palace was brimming with priceless treasures, and there was a scramble for its riches as British soldiers took control. 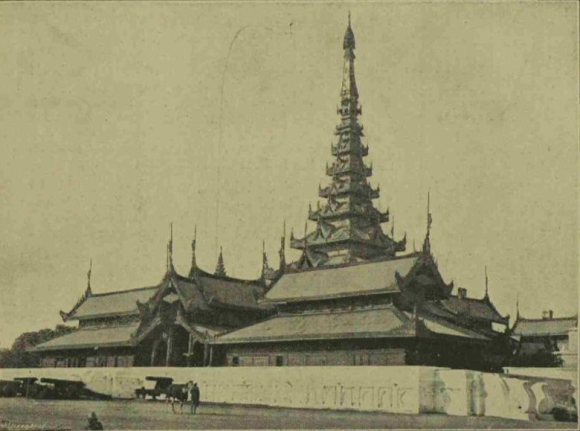 Thibaw was exiled to Ratnagiri in India and saw out the remainder of his life in some degree of comfort.  He wrote to King George V, claiming Colonel Sladen had promised to secure his crown jewels for safe custody and return them when it was safe to do so - a pledge he did not keep.

Many of the regalia were shipped to Britain, but some royal treasures simply disappeared.  Rumours began to circulate of rogue British soldiers securing a portion of it.  They were said to have buried loot in bags within the palace compound, being unable to sneak it past the guards at the gates. Amongst the missing treasures was a gold calf weighing several hundredweight, a crown studded in rubies and diamonds surmounted by a peacock, quantities of precious stones, and an enormous and valuable ruby formerly on the forehead of a giant golden statue of Gautama Buddha.

On 9 January 1893, John Mobbs, an estate agent in Southampton, wrote to the Earl of Kimberley at the India Office regarding a rumour he had heard from a Charles Berry.  William White, alias Jack Marshall, was a private in the 2nd Queen’s Royal West Surrey Regiment.  He spent two years in Burma on the signalling staff, spoke the language, and left a wife and son there.   White lodged for some time with Berry’s mother-in-law at Wandsworth, and disclosed that he and another soldier had hidden away King Thibaw’s crown jewels and regalia.  The second soldier had given a death bed confession, admitting the theft and burial.

White was working in Kent and Surrey as a labourer and dock worker.  Mobbs sought him out to ascertain details of his story.  White agreed to cooperate so long as the government indemnified him from punishment for the theft.  The government, unsure of the situation and unwilling to participate in a treasure hunt, offered Mobbs a percentage of the treasure’s worth should he retrieve it.

The situation was complicated when White decided to retrieve the jewels alone.  He deemed the government reward insufficient and intended to move permanently to Burma.  Having received his indemnity, he took his last pension payment and disappeared.

Reports stated White left England for Rangoon in May 1894.  The India Office did not believe he could recover the hidden treasure without their knowledge, though Mobbs feared some could be accessed with ease.

Information on the hunt is as elusive as the jewels themselves.  Where did White go?  Did Mobbs make the journey to Mandalay?

The missing treasure also remains shrouded in mystery.  Did the Government hide it?  Did soldiers retrieve the buried loot?  Maybe palace staff discovered it?  Perhaps it is buried there still?