Sir Andrew Scott Waugh and the naming of Everest

In a letter from Charles Canning, Governor General and Viceroy of India to Lord Elgin, dated 2 October 1861, he writes that Lady Canning has set out on a trip to Darjeeling and that she talks of going into Sikkim to see the highest mountain in the world – ‘Deodunga or Mount Everest as the Surveyors have barbarously christened it’. 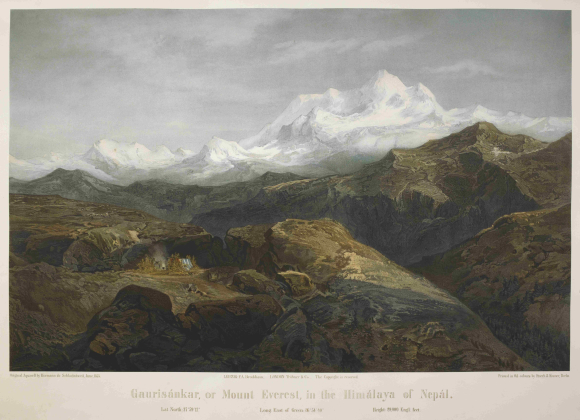 Guarinsankar, or Mount Everest, in the Himalaya of Nepal from Results of a Scientific Mission to India and High Asia, undertaken between the years 1854 and 1858, by order of the Court of Directors of the Honourable East India Company, by H., A. and R. de Schlagintweit Shelfmark1899.a.8  BL - Images Online

How did ’Mount Everest’ get its name?

The surveying of Everest was carried out under the auspices of Major General Sir Andrew Scott Waugh, Sir George Everest’s successor as both Surveyor General of India, and Superintendent of the Great Trigonometrical Survey of India.  Waugh was born into an Indian military family in 1810. He was appointed a cadet in the East India Company in 1827, and joined the Bengal Engineers.  He was assigned to the GTS in 1832. 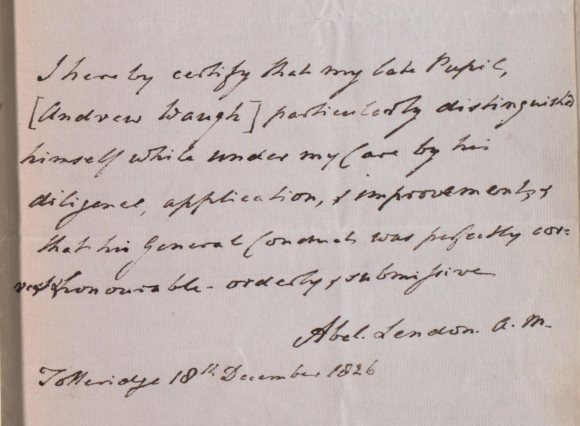 The Trigonometrical Survey had been instituted in 1802 by the East India Company to survey scientifically the entire Indian subcontinent.  Initially it was thought that India could be surveyed in five years: in reality, it was to take seventy.  From 1823, the GTS was under the superintendence of George Everest, and he appointed Waugh to the service.  When Everest retired in 1843, he nominated his protégé to succeed him.

By the late 1830s, the Great Trigonometrical Survey reached the Himalayan region.  Foreigners were not allowed to enter Nepal, so observations were taken from Terai.  By 1847, Waugh and his team had noted that a mountain known as ‘Peak B’ appeared higher than Kangchenjunga, the then ‘highest mountain in the world’.  Calculations and observations continued, with the mountain rechristened ‘Peak XV’.  By 1852, the GTS’s talented mathematician or ‘Chief Computer’ Radhanath Sikdar established beyond doubt that the peak was indeed the highest mountain.  It was normal for the GTS to use local names as far as possible when naming peaks.  In this instance, Waugh stated “But here is a mountain, most probably the highest in the world, without any local name that we can discover, or whose native appellation, if it have any, will not very likely be ascertained before we are allowed to penetrate into Nepaul and to approach close to this stupendous snowy mass”.  He went on to suggest ‘Mount Everest’ as a suitable epithet, a name that was finally confirmed by the Royal Geographical Society in 1865. 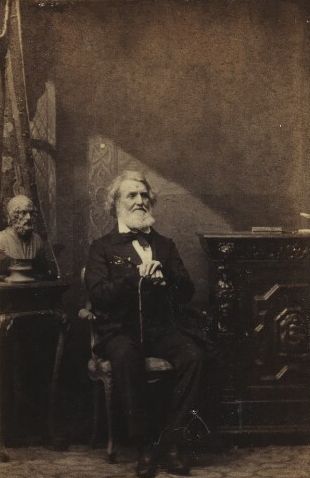 So, was the mountain ‘nameless’?  It is true that it was difficult to establish a definitive local name.  However, its Tibetan name Qomolangma (or Chomolungma) had been recorded in 18th century maps.  In Darjeeling, it was called Deodungha, meaning Holy Mountain, a name championed by Brian Houghton Hodgson, the naturalist and previous Resident to Nepal.  Even Sir George Everest made objections.  He had never seen the mountain, was not involved in its discovery, and pointed out that his name was difficult to pronounce in Hindi.  Interestingly, he appears to have pronounced his name ‘E-vrest’ rather than ‘Ever-est’. 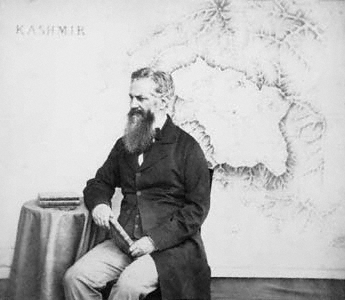 Andrew Scott Waugh received the Royal Geographical Society’s gold medal in 1856, and was elected to the Royal Society in 1858.  He retired in 1861, having been promoted to Major General and knighted in the same year.  He died in South Kensington in 1877.