The Zand dynasty ruled in Persia [Iran] from 1751 to 1794.  The young Prince Najaf ʿAlī Khān Zand, brother of the last ruler of the Zand dynasty, survived his family’s defeat at the hands of the new ruling family, the Qājārs.  At some point in the early 19th century, he left Persia and made his way to Bombay [Mumbai].  There, he was looked after by the East India Company’s Government of Bombay, receiving a pension of 400 rupees per month. 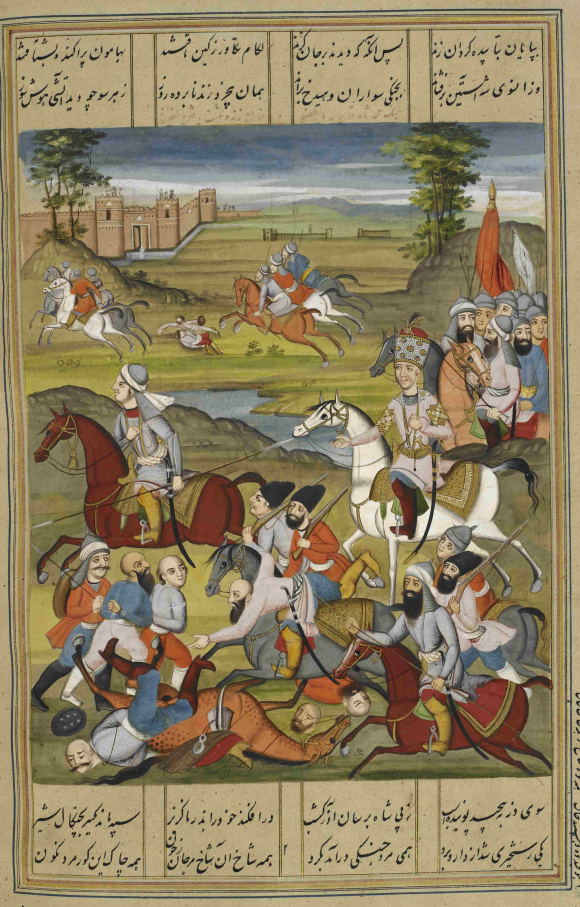 This relationship was put to the test under dramatic circumstances in 1828-29.  A dispute between Prince Najaf’s entourage and a group of men from the Custom House escalated and the Prince fired his gun, killing two of the Custom House men.   The Prince was arrested and the case referred to the highest level of authority in the Government of Bombay – the Council.

Copies of letters sent from the Government of Bombay to the Court of Directors reveal an intense debate which broke out amongst the Council.  On one side, Council member John Romer argued that, due to the seriousness of the charges against him, the Prince must be tried as normal in the Circuit Court at Tannah [Thane].  On the other side, the Governor in Council, Sir John Malcolm, argued that the Prince must not be treated as a ‘common criminal’, as this would be a great insult to the Court of Persia.  As the debate intensified, Romer’s language became more and more dramatic. He argued that there were no political considerations which justified withdrawing the Prince from the hands of justice. 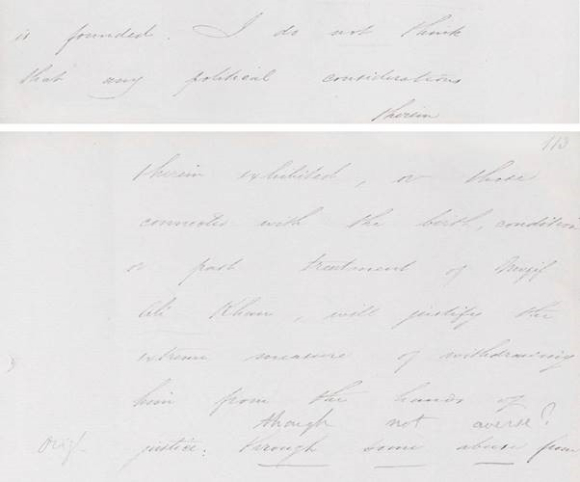 IOR/F/4/1266/50907, ff. 334v-335r: Extract of Minute by John Romer at Government of Bombay Judicial Consultation, 25 April 1829, arguing that ‘I do not think that any political considerations [justify] withdrawing him [Prince Najaf] from the hands of justice.’

Meanwhile, Malcolm attempted to pick holes in the accusations levied at the Prince, questioning the witnesses’ accounts and concluding that the Prince had only fired his pistol after being physically assaulted by the Custom House men.

Ultimately, Malcolm revealed that in addition to appeasing the Court of Persia, a trial must be avoided in order to preserve favour with the southern tribes in Persia, from which Prince Najaf’s family had originated.  According to Malcolm, these tribes continued to hold Prince Najaf’s brother and his great-uncle, Karīm Khān Zand (founder of the Zand dynasty), in such high regard that subjecting Prince Najaf to a ‘degrading’ common trial would have serious consequences.  Most pressingly, Malcolm argued that if Anglo-Russian relations were to deteriorate, the Russians might persuade the Court of Persia to allow them access to British India through Persia.  In this scenario, the best line of defence would be for the British to incite the southern tribes in Persia to rise up against the Qājārs.  However, their support could not be counted on if a trial of Prince Najaf were to go ahead. 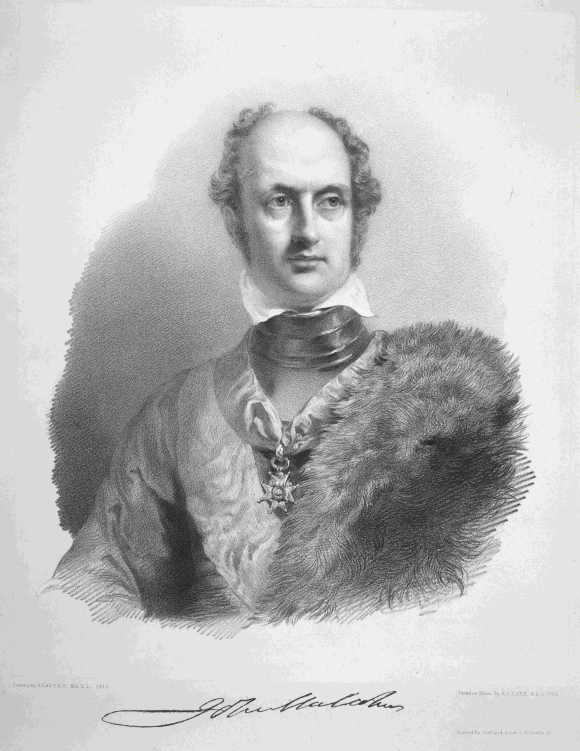 Despite Romer’s pleas to respect the pursuit of justice in order to preserve the rule of law, no trial ever went ahead.  Prince Najaf was held in comfort at the Company’s Fort at Thane before being sent to Bussorah [Basra] with his family, free to continue with his life.

Further reading:
IOR/F/4/1266/50907 ‘Removal of Nujif Ali Khan (a Prince of Persia) to Bussorah, in preference to his being tried for murder of which he was accused – His pen[sion] of Rs 400 discontinued from 30th November the allowance of Rs 120 per mo[nth] to the Mother of […] Prince made payable at Bussorah’
John Perry, ‘ZAND DYNASTY’, Encyclopædia Iranica, online edition, 2016