Death on the Cherwell

Browsing the British Library Online Shop, one of the Crime Classics caught my eye - Death on the Cherwell.  My great great uncle drowned in the River Cherwell and this is his story. 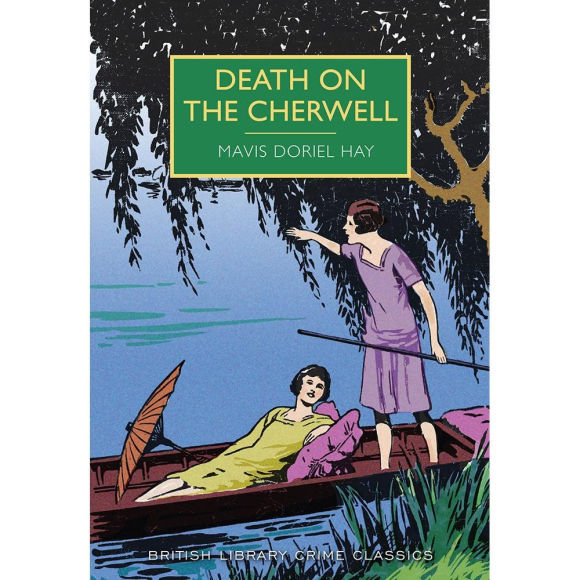 Death on the Cherwell, a novel by Mavis Doriel Hay originally published in 1935

Edwin Thomas Smith was born in 1856 in Headington, Oxford, the sixth of the eight children of Thomas, a mason’s labourer, and his wife Mary. His siblings married, and all but one sister left the area.  Edwin stayed with his widowed mother in the High Street at Old Headington and worked as a gardener.  He took an active part in village life, attending St Andrew’s Church regularly.  Edwin belonged to the Temperance Society, helping to run its lending library.   He was also a hardworking member of the Loyal Havelock Lodge of the Oddfellows friendly society, serving as Grand Master, Lecture Master, and Vice-President of the Juvenile Branch.

In 1885, Edwin was appointed caretaker of the newly established Headington Cemetery.  His duties were to dig graves, keep the cemetery tidy, and to keep the register of burials.  He did not stay in post long, but resigned following a dispute over his pay.  Then he became gardener at Lady Margaret Hall.

On the morning of Friday 7 June 1901 Edwin was found in the River Cherwell, face down in the water by the landing stage at Lady Margaret Hall.  A student called Miss May discovered him on her way to the boathouse.  Two workmen were summoned to lift Edwin out of the water, and the Vice-Principal, Miss Edith Pearson, attempted artificial respiration to no avail.

An inquest was held the same day.  Edwin’s sister Sarah Baker said that he had been suffering from giddiness for some time.  Jane Bunce, housemaid at Lady Margaret Hall, said she had spoken to Edwin just before he went down to the river to fetch water for the indoor plants.  He said that he had had a bad night and complained of chest pains.  The jury returned a verdict of ‘Found Drowned’.

Edwin was buried on Sunday 9 June in Headington Cemetery.  His body was taken from his home in the High Street to St Andrew’s Church preceded by 130 brethren of the Loyal Havelock Lodge.  The service was ‘impressively read’ by the vicar Reverend R W Townson.  Everyone then moved to the cemetery where the rest of the burial service was read, followed by the Oddfellows’ service.  The grave was covered with wreathes.  At Evensong later that day, Reverend Townson devoted the greater part of his sermon to the lessons to be learned from Edwin’s God-fearing life.

Edwin’s mother Mary died in 1905.  She was buried with her son.  Here is their grave, the inscription to Edwin faded and its stone cross broken from the base. 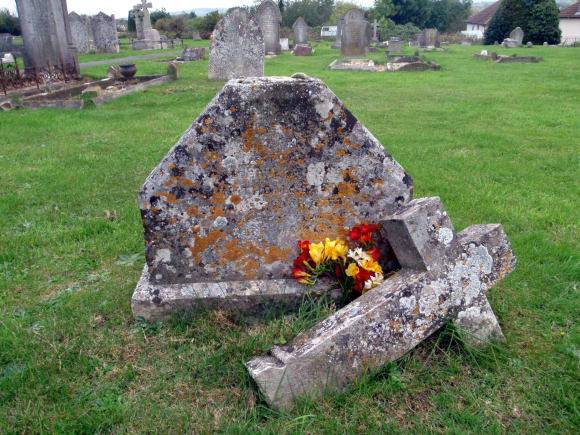