The Temples of Mahabalipuram and the early days of Heritage Conservation

A Privy Council appeal from 1893 reveals an attempt to preserve historic monuments in India at a time when British heritage conservation was in its infancy.

Appeals to the British Privy Council are available for free on the website of the British and Irish Legal Information Institute (BAILII) and include many cases from British India.  This appeal concerns an area of land on the east coast of India containing a quarry and a group of temples then known as the Seven Pagodas of Mahabalipuram.  It was purchased by the British government from the Mudaliar family around 1890. 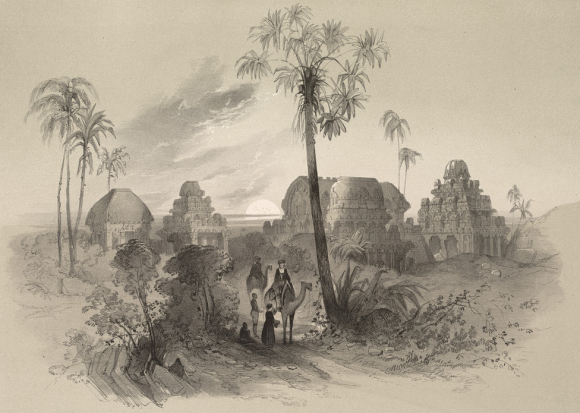 The Pancha Ratha or Pandava Rathas, at Mamallapuram near Madras from James Fergusson's Illustrations of the Rock Cut Temples of India (X590) Online Gallery

The monuments near the town of Mahabalipuram were created in 630-668 CE and now form a UNESCO World Heritage site.  They consist of several raths, or monolithic temples, and caves cut into the rock.    The site is famed for a sculpted frieze depicting the Descent of the Ganges.  After visiting in 1841 James Fergusson, architectural historian, described the sculpture as ‘the most remarkable thing of its class in India’. 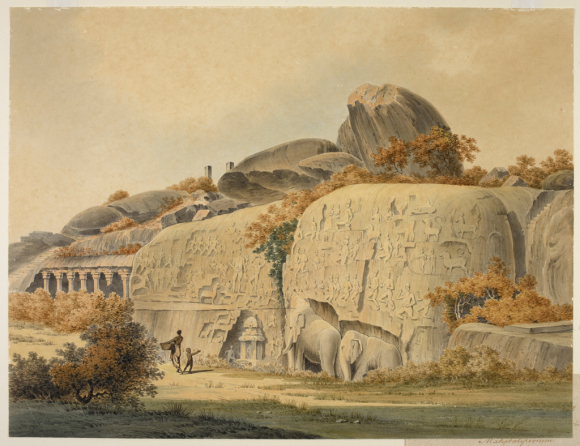 The Privy Council appeal brought by the Mudaliars concerns the value of the rock remaining in the quarry.  The judgment was given in the Mudaliars’ favour.  However, the document begins by describing the temples, not the quarry: ‘the Government of India is desirous of saving from destruction, and of preserving as public monuments, certain works… known as the Seven Pagodas of Mahabalipuram'.

There were worries that the structures were in danger.  The appeal mentions that the Mudaliars had begun using explosives in the quarry, so ‘local authorities felt alarmed and advised the Government to interfere’.

While government intervention was common in India, in the United Kingdom the rights of landowners made the purchase of sites for their preservation more difficult.  The British Ancient Monuments Protection Act was enacted in 1882 to survey and record the locations of ancient sites, but had no powers to force their purchase. 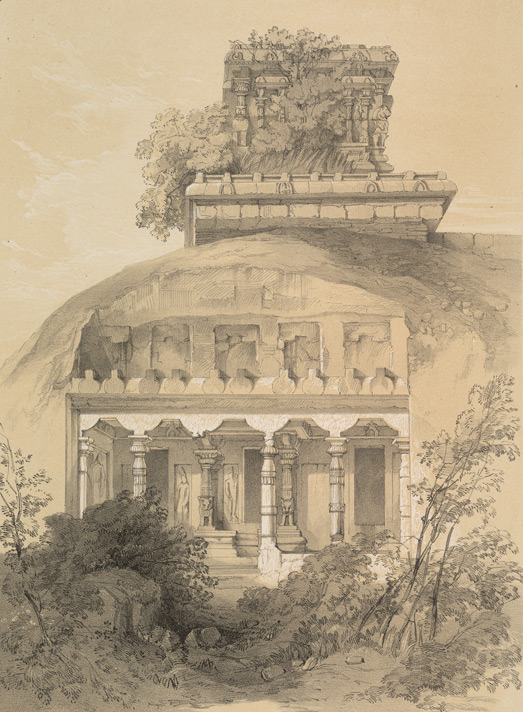 Fergusson, who described the temples in the appeal, travelled India in the 1830s and 1840s.  From 1845 he used a camera lucida to sketch Indian architecture for publications like his Illustrations of the Rock Cut Temples of India.  Many of these illustrations are available to view on the British Library website.

In the preface to a later edition, Fergusson notes that his images had captured the British imagination: ‘In consequence of the interest which these publications excited among those interested in the study of Indian Antiquities, a memorial was addressed to the Court of Directors of the East India Company, praying them to take steps to prevent further desecration and destruction of these venerable monuments of the past'.

Books like Fergusson’s publicised the value of historic monuments and increased pressure for their preservation.  In 1895 the National Trust was founded and was soon followed by additional conservation legislation in the UK.

Meanwhile, the Archaeological Survey of India, whose records are held at the British Library, took over the preservation of the site at Mahabalipuram.  The monuments were maintained in the intervening years and are now the main tourist attraction in the area.