Two portrait painters on a passage to India

In these times of lockdown and social distancing, unable to visit friends and family, many of us have become used to keeping in touch in other novel ways.  In somewhat of the same manner, digitised India Office Records shed light on a method in the 18th century by which families separated from each other by the vast distances of a growing empire kept in touch: the portrait miniature.  As the East India Company established its domains in India and increasing numbers of families were residing there for long periods of time, a demand grew for miniature portraits which could be easily sent back to loved ones in Britain.

To meet this demand required the skills and expertise of portrait painters in India to undertake commissions from those wealthy enough to afford them.  These painters, like anyone else, had to be given permission to proceed to India by the Court of the East India Company.  Two such painters were Diana Hill and George Carter.

On 14 September 1785 the Court ordered that George Carter be ‘permitted to proceed to India to practice as a Portrait Painter’ and seven days later the same order was issued for Diana Hill. 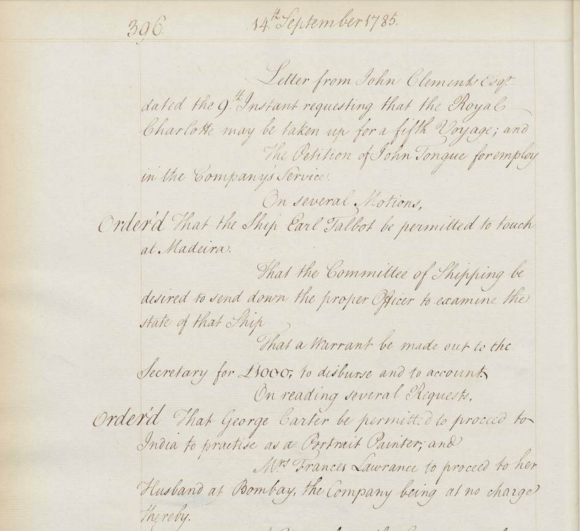 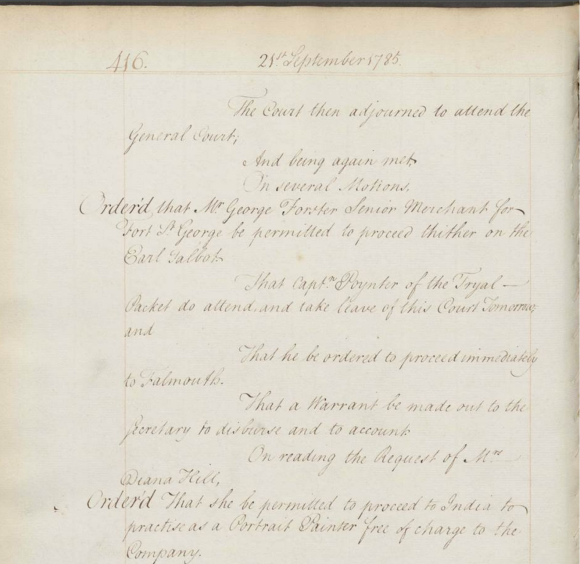 Their passage to India took them to Bushire on the Persian coast where they required further clearance.  A letter in 1786 from Rawson Hart Boddam, Robert Sparks, and Richard Church of the Public Department at Bombay Castle to Edward Galley, the Resident at Bushire, records that ‘Mr George Carter and Mrs Diana Hill Portrait Painters have our leave to proceed to India to practice their profession’.

Extract from letter sent in 1786 from Bombay to the Resident at Bushire about George Carter and Diana Hill - IOR/R/15/1/4, f 61

Once in India, they were commissioned to paint many miniature portraits – examples of Diana Hill’s are held at the V&A Museum and George Carter’s at the National Portrait Gallery, London. 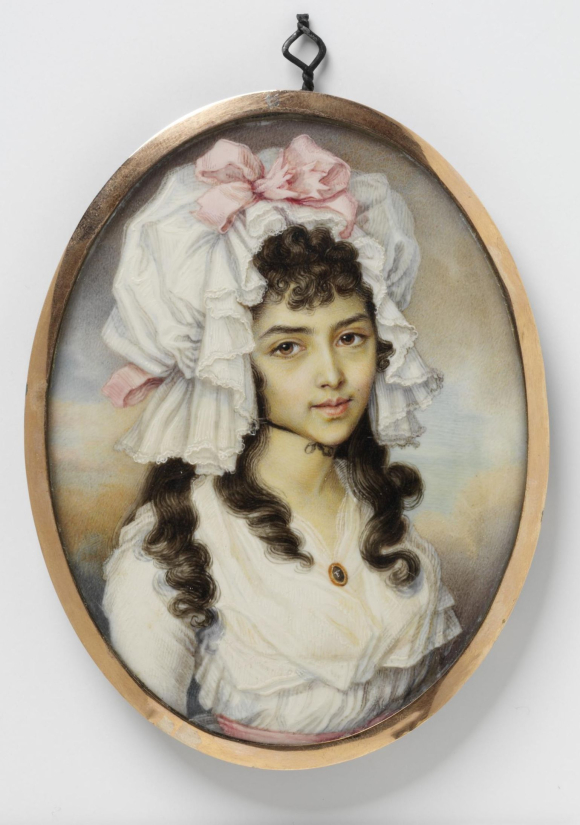 With museums and galleries opening again we can appreciate at first hand the skills of such painters who helped families separated by thousands of miles keep in touch in the late 18th century.

Further reading:
Mildred Archer, India and British Portraiture 1770-1825 (Sotheby’s Publications, 1979).
These snippets of George Carter and Diana Hill’s passage to India are contained in the British Library, India Office Records and Private Papers.  The Minutes of the Court of Directors in IOR/B have been digitised as part of Adam Matthew Digital’s East India Company resource (free access in British Library Reading Rooms).   IOR/R/15/1/4 is available on the Qatar Digital Library.