In the 19th century, the East India Company made increasing efforts to bring the trade in enslaved people in the Gulf to an end.  The majority of the people imported into the Gulf came from the East Coast of Africa and Zanzibar, but some also came from India.  These were usually women and children who had been kidnapped from their homes to be sold in the Gulf.  It was one of the responsibilities of British Agents in the Gulf to discover and rescue these children.

This was not always easy.  The local rulers could be uncooperative, and the merchants and traders would disguise the origins of the children to avoid detection.  The Native Agent at Muscat complained that his efforts to emancipate children had turned the population against him.  Even after they had tracked down the children, the Agents faced further difficulties in freeing them; the British Government stipulated that they must avoid force, but also directed that no money should be handed over, to avoid stimulating the market.  The Native Agent would look after the children at the British Government’s expense until he was able to place them on a ship to Bombay [Mumbai].  The Senior Magistrate of Police at Bombay was responsible for reuniting children with their parents or finding an alternative situation for them. 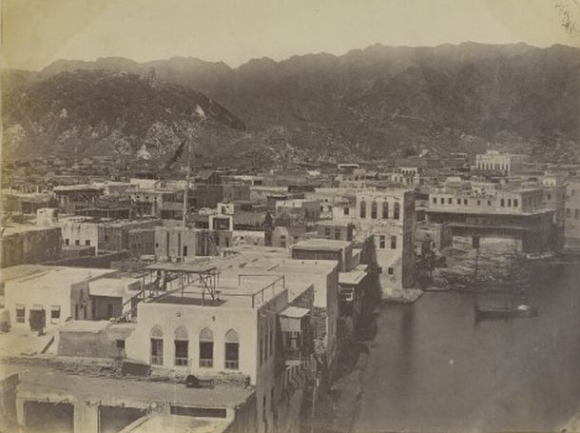 Mahomed Unwur [Muhammed Anwar] lived with his brother, Mirza Abdulla [‘Abd Allah], in Butcher Street, Bombay, when he was twelve.  One morning his brother sent him to the bazaar where he met a man who enticed him on board a ship with sweets.  Two weeks later, he arrived at Muscat and lived there for six or seven months with the man who had kidnapped him.  He was offered for sale privately at different houses during this time, until one day, when he was gathering dates at the Customs House, he was taken to the house of the Native Agent.  He finally returned to Bombay in November 1843, where he was reunited with his brother and returned to live with him.  This happy ending was sadly fairly unusual for kidnapped children.  On the same ship returning to India as Mahomed Unwur was another child, a girl. ‘A street in Bombay’, chromolithograph by William Simpson, from India Ancient and Modern, 1867. BL Online Gallery

Eleven-year-old Auzeemah [‘Azimah] knew that she had been born in a village near Moradabad.  She was kidnapped and lived in Moradabad for three or four years.  A man then took her to Muscat and tried to exchange her for a boy, but while at Muscat she was discovered and taken to live with the Native Agent until she could be sent home.  Unfortunately, she remembered so little about her parents or her village that, despite lengthy enquiries by the Government of Agra, her parents were not found.   Auzeemah was instead placed with a family in Bombay who would bring her up.