Four 'Weddings' and a Funeral: A Liverpool Story

It started with checking family history loose ends in lockdown.  I was looking for a birth record in 1900 for Elizabeth A. Spinks in Liverpool.  In the 1901 census she was living with her mother Elizabeth Jane Spinks and maternal grandparents William and Margaret Davies in Becket Street, Kirkdale.  I eventually found the record for an Agnes Elizabeth Spinks.  Agnes’s father was Edward Spinks, an able seaman.  Spinks and Elizabeth Jane Davies had married in St Mary’s Church Kirkdale on 14 April 1895.  He wasn’t with his wife and daughter in 1901 because he was moored off Malta on the ship Illustrious. 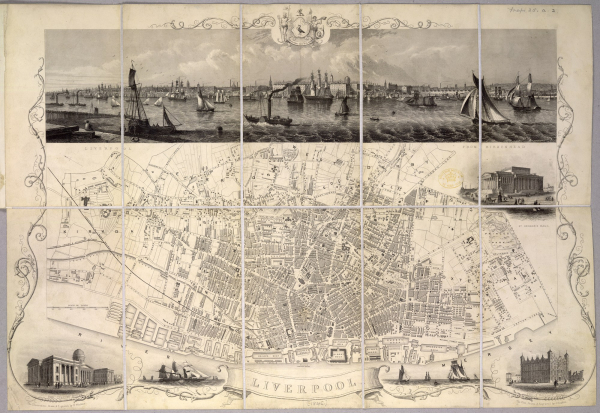 Looking to see what the family was up to in the 1911 census, I wasn’t prepared for the subsequent story of intrigue that surrounded my distant cousin Elizabeth Jane and the downright untruths recorded in the official documents. 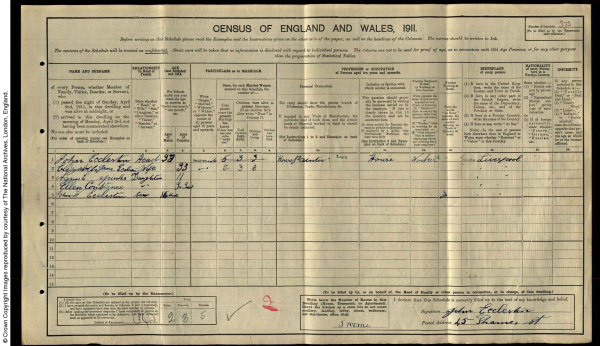 In 1911 she is recorded as Elizabeth Jane Eccleston, wife of John Eccleston, house painter.  They were living in Thames Street, Toxteth Park, together with daughter Agnes and Ellen Constance Eccleston (3) and John William Eccleston (1).  The census states that the Ecclestons had been married for 5 years.  This is certainly a fib, and the wedding a phantom one, no doubt designed to give the Ecclestons some respectability within the community, and their children some legitimacy.

Edward Spinks was very much alive at the time of the alleged Eccelston nuptials.  He appears in the admissions registers of Liverpool Workhouse in October 1905, having been taken off the Laconia in Huskisson Dock; he is described as ‘temporarily disabled’ and suffering a fever.  Elizabeth is recorded as his next of kin, living in Pugin Street, Everton.  Edward reappears in the Workhouse records in April 1910, suffering from dropsy.  He had previously spent time in Toxteth Park Workhouse hospital with ‘congestion of the lungs’.

Elizabeth left Edward to live with John Eccleston at some point in 1906.   Agnes was removed from school in Everton on 21 May 1906, probably because the family moved out of the area.

Elizabeth’s third wedding (counting the fantasy one) took place on 25 June 1913 at St Peter’s Parish Church Liverpool, when she “married” John Eccleston.   She is described as a widow, living in Walnut Street.  Perhaps Elizabeth truly believed that Spinks was dead – his spells in the Workhouse infirmaries indicate he wasn’t a well man.  However, he didn’t die until November 1916, aged 44. He was buried in a pauper’s grave in Everton Cemetery.

Marriage entry from General Register Office for Elizabeth Jane Elizabeth Jane Spinks and John Eccleston, 5 Nov 1919, at St Mary’s Church, Kirkdale.  The church was opened in 1836, closed in 1973, and demolished in 1979.

Finally, Elizabeth and John Eccleston were married (again) in St Mary’s Church, Kirkdale, on 5 November 1919, 24 years after she’d married Edward Spinks in the same church.  This time, with Edward dead, presumably the marriage was legal.  Interestingly (or shamelessly) she was back living in Pugin Street, although not in the same house she’d lived in with Edward.  I have been unable to find any reference to a charge of bigamy against Elizabeth, though I find it surprising that she wasn’t ‘found out’, given the close knit ties amongst people in working class neighbourhoods within Liverpool at the time.  Perhaps by moving around this large industrial city, and lying on official documents, she was able to disguise her cohabitation, her illegitimate children, and bigamy.