Hunter, Campbell, and the politics of archiving famine

In the suﬀocating heat and violent downpours of early August, 1866, Sir William Hunter, his wife, infant son, and a Portuguese nurse, journeyed to Midnapur in Bengal, where Hunter had been appointed Inspector of Schools for the South-Western Division.  They travelled by road in their victoria driven by Hunter himself.  The carriage and horses were crammed on a ferry by which they crossed the torrential river Damodar.  The crossing took fourteen hours, and Hunter drove on until the route was cut oﬀ by a chasm created by the ﬂoods.  Horses unhitched, the carriage was dragged down the bank to the other side of the chasm.  They reached a rest house which oﬀered little provision.  They travelled again, until, hungry and exhausted, they ﬁnally arrived at their destination. 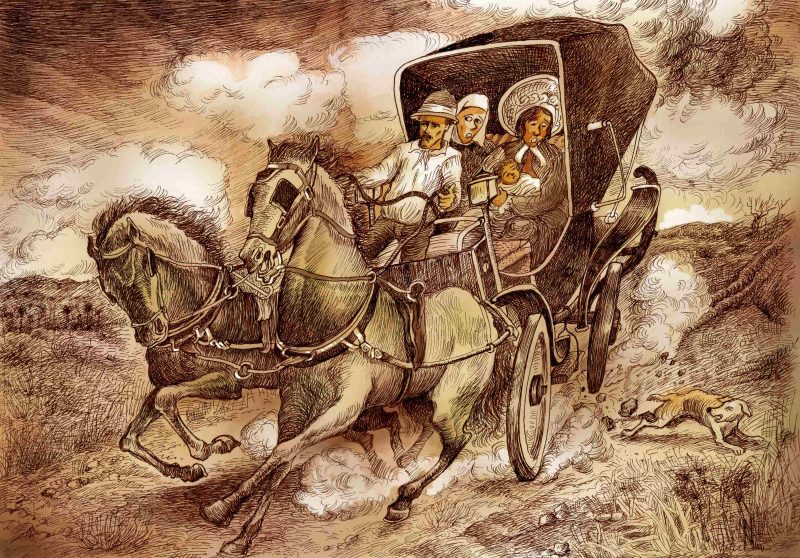 Sir William Hunter driving a carriage with his wife, infant son, and a Portuguese nurse, journeying to Midnapur in heat and violent downpours.  Image reproduced by the kind permission of the artist ©Argha Manna.

Hunter then left at once to survey the area as the government was anxious to learn about the eﬀect of the Orissa famine on schools in neighbouring districts.  To his horror, he found Bishnupur, the ancient capital of Birbhum, a ‘city of paupers’, as he noted in his letter to the Director of Public Instruction.  The famine relief operations were disrupted by a cholera outbreak.  At his own expense, Hunter set up a temporary orphanage for starving children who roamed the streets, feeding on worms and snails.

The author of The Annals of Bengal - a text often mined for information on the notorious famines in Orissa (1866) and in Bengal (1769-70) - was not simply an excavator of archives.  An aspect of his life not often told seems to be epitomised by this stark physical encounter with famine-aﬀected areas, which oﬃcers like Hunter (and their families) could not avoid.  For Hunter, writing the famous Annals was punctuated by such experiences, as he developed his comparative analytical methods, placing side by side archival ﬁndings which allowed him to reconstruct the 1770 Bengal famine, and his immediate knowledge of the Orissa famine a century later.

Portrait of Sir William Hunter. Image reproduced by the kind permission of the artist ©Argha Manna.

These two famines are infamous events in the history of British administration of the Bengal Presidency.  The ﬁrst resulted in the loss of 10 million lives, and yet the East India Company’s revenue increased in that famine year; during the second, 200 million pounds of rice were exported to Britain while a million starved to death in Orissa.  Hunter’s analytical method relied on recovering local ecology, history, and demography, loosely modelled on the English annals of parishes.  As Hunter wrote to Cecil Beadon in 1868, ‘My business is with the people’ - a rather risky remark perhaps in an epistle to the former lieutenant-governor of Bengal, recently deposed for his mishandling of the Orissa famine and scant attention to the suﬀering of ‘the people’.  Moreover, Hunter’s approach was analogical, comparing not only past and present famines, but British and Indian models of record keeping; and, ﬁnally, it was predictive.  Hunter believed that better administration and prevention of future famines were possible through historically informed reﬂection on current experience …. 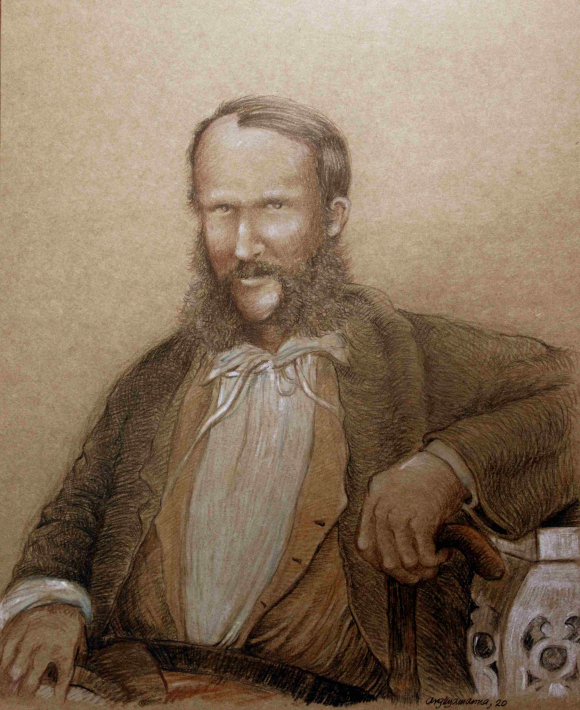 Portrait of Sir George Campbell.  Image reproduced by the kind permission of the artist ©Argha Manna.

For the rest of this story about Hunter’s diﬀerences with his contemporary Sir George Campbell who also shaped interpretations of the Orissa and Bengal famines; their negotiations with colonial governance; their lasting impression on archiving famine; and their publication of a little-known collaborative collection of records of the Bengal Famine of 1769-70, see the full article on the Famine Tales project blog Food Security: Past and Present.

Ayesha Mukherjee
Associate Professor of Early Modern Literature and Culture in the Department of English and Film, College of Humanities, University of Exeter, and the Principal Investigator for the AHRC projects Famine and Dearth in India and Britain, 1550-1800, and Famine Tales from India and Britain.

Illustrations by Argha Manna
Graphic artist and journalist based in Calcutta, currently creating a graphic narrative of the 1770 Bengal famine for the Famine Tales from India and Britain project.

With grateful thanks to Dr Antonia Moon for drawing my attention to IOR/V/ 27/830/14 and to Professor Swapan Chakravorty for directing me to valuable sources on colonial archiving policies in India.