The panic bulk buying of toilet paper and dried pasta?  Or Captain Tom Moore’s long march for the NHS?  It’s too soon to tell which aspects of 2020 historians will focus on.  However, as Sylvia Pankhurst’s biographer, my own obsession with toilet paper began a few years before the Covid-19 pandemic, and it began in the British Library.

Many people remember Sylvia Pankhurst as the suffragette sister from the first family of feminism who stayed true to its socialist beginnings throughout her great life.  Fewer reflect upon the whole arc of that life; one of art and resistance against war, fascism, racism, colonialism, and inequality. 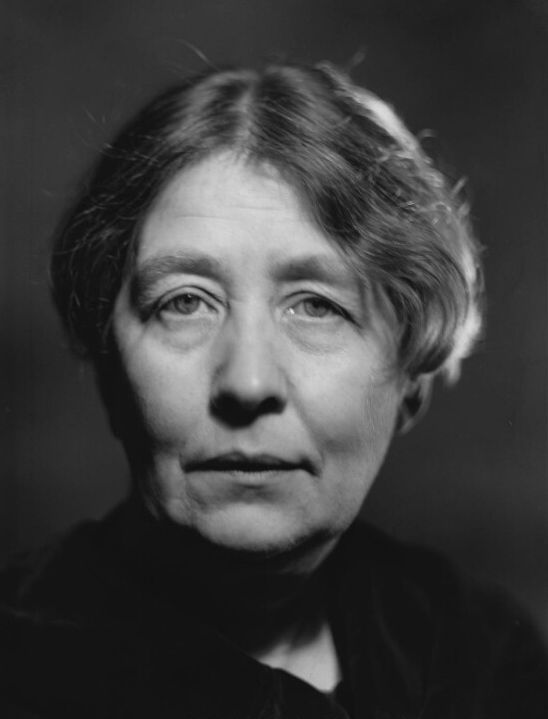 Sylvia was the most incarcerated and tortured of the Pankhursts, but her prison career did not end there.  In 1921 she was once more His Majesty’s guest in Holloway Prison.  This time her crime was not the struggle for women’s equality but sedition, in publishing anti-war articles in her newspaper the Workers’ Dreadnought.  Her health compromised by previous imprisonment and torture, and suffering from endometriosis, one of the bravest Britons of the 20th century served another prison term, this time as a newspaper publisher defending freedom of the press.

Sylvia used her six-month solitary sentence to write.  A political prisoner, her only permitted writing materials were a small slate and chalk.  Yet she was prolific during this period.  On release, she published the poetry anthology Writ on Cold Slate, whose title sonnet agonizes about writing under such conditions.

Whilst many a poet to his love hath writ,
Boasting that thus he gave immortal life,
My faithful lines upon inconstant slate,
Destined to swift extinction reach not thee.

So, I wondered, how did these faithful lines reach us?

My excavation of British Library manuscripts revealed that artist and writer came up with a practical means of transcribing her writing and smuggling it out of Holloway.  Sylvia drafted her ideas with chalk on slate, then reworked them with soft pencil on standard issue HM Prison toilet paper, concealed in the underclothes of her uniform.  These contraband manuscripts were smuggled out by her friend Norah Smyth on prison visits, and other prisoners on release.  Sylvia’s suggestive wipe-away slate metaphor led me to the discovery of the fragile toilet paper reality.  The compressed, previously unsorted bundles surviving today in the BL contain not only poetry but a previously unknown and nearly complete five act play and clandestine correspondence that I spent six months painstakingly transcribing and putting in order for future researchers.

Sylvia complained to Norah that ‘the stuff I write all rubs off because it flops around in my pocket,’ but this line has survived for a century on its little square of rough toilet roll, along with hundreds of other sheets of beige, perforated prison issue toilet paper.  Sylvia Pankhurst died in Ethiopia in 1960, honoured with a state funeral.  When an earthquake and coup followed, her son unsuccessfully attempted to give a portion of her extensive papers to the British Library for safekeeping.  Refuge was instead found in Amsterdam.  Years later, Richard Pankhurst once again offered the BL the opportunity of a further cache of his mother’s papers, including – bundled up in bulging brown envelopes – this toilet paper in which I have found such treasure.  Thank goodness for second chances and for writing under lockdown.