The truth behind the myth: the colonial legacy of the Mayflower voyage - No.2 Who were the so-called Pilgrims?

The separatist congregation that made up a third of the Mayflower’s passengers are remembered and celebrated today as the Pilgrim Fathers of North America but who were they really?

The other passengers aboard the Mayflower were servants and independent settlers hired by the Merchant Adventurers Company who financed the voyage and the prospective colony.  However, it was the elders of the separatist congregation who governed the new colony in its formative years and their religious beliefs shaped how it was run.

The tremors of the English Reformation, in which the Church of England broke away from the authority of the Pope and the Roman Catholic Church during the reign of King Henry VIII, were still being felt in the early 17th century.

It caused decades of conflict, intolerance and persecution on both sides as each monarch after Henry VIII swung back and forth between Protestantism and traditional Catholic beliefs, culminating in the English Civil War. 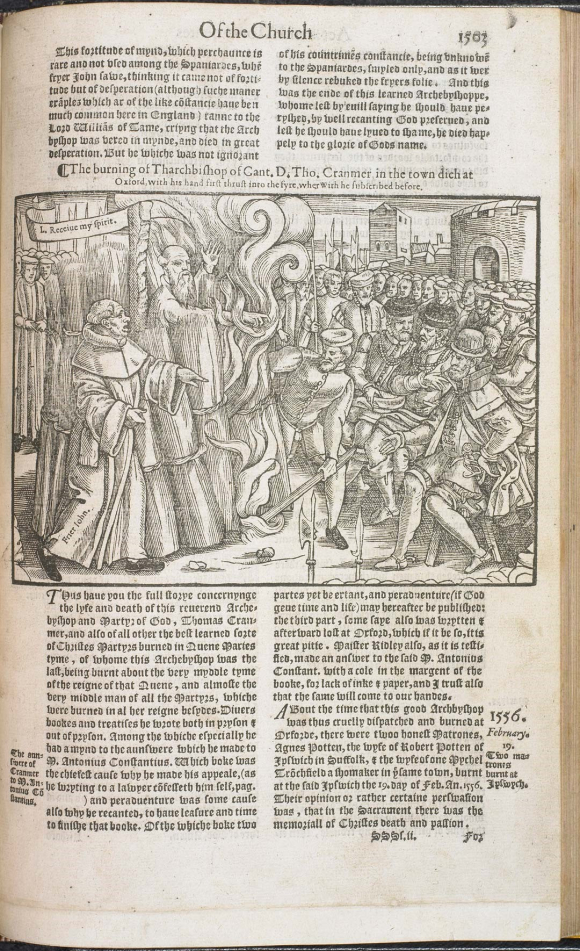 The persecution of Protestants is famously depicted in John Foxe’s Book of Martyrs, a highly influential work printed in 1563 that fuelled the radicalism of English non-conformists and separatists, such as the congregation that helped to establish the Plymouth Colony.

A difference of opinion 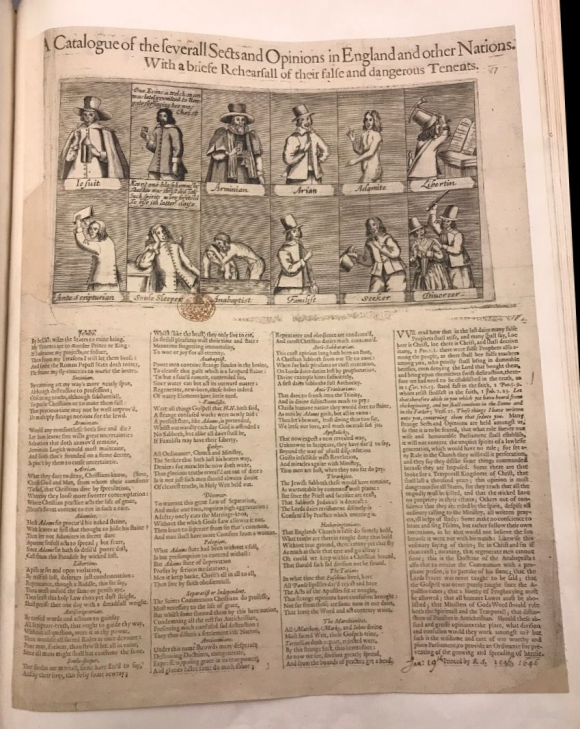 A catalogue of the severall sects and opinions in England and other nations. With a briefe rehearsal of their false and dangerous tenents, 1647, (669.f.10(111))

English separatists were Protestants who believed the Church of England hadn’t gone far enough in its renunciation of Catholicism.  Separatists existed in many diverse groups but they were united in their desire to defy the law, form their own churches and resist state interference in religious matters.

The separatist congregation that established the Plymouth Colony were originally from the East Midlands.  They immigrated to Leiden in Holland initially but a desire for more religious freedom, financial difficulties, a dislike of Dutch culture and the potential for missionary work compelled them to sail to North America aboard the Mayflower in 1620.

Worms gnawing the kingdom to the bone

The Mayflower congregation are remembered as legendary pioneers who established one of the earliest English settlements in North America, all in the search of religious freedom.  However, this was not how they were seen at the time. 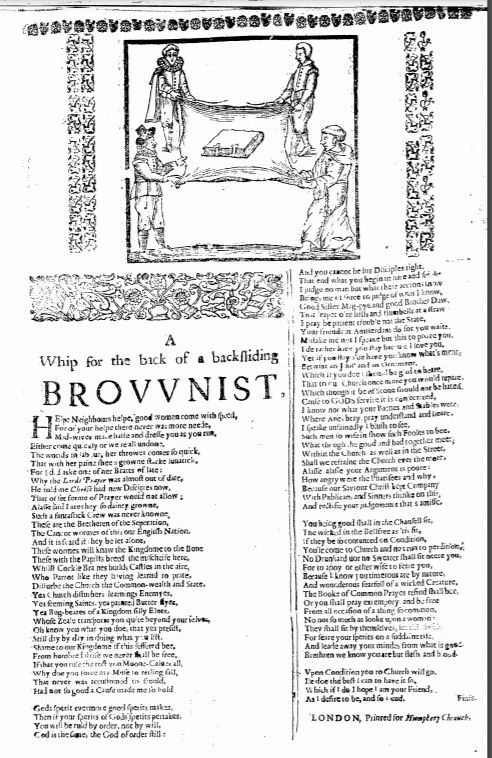 This unique broadside from 1640 demonstrates the unpopularity of separatists, and Brownists in particular (which is the particular sect that the Mayflower congregation identified as).  They were seen as intolerant fanatics and trouble-makers who were needlessly rocking the boat.  This broadside compares them to papists, arguing that both extreme groups “breed the mischief here” and jeopardise the Church of England.  The separatists are described as 'wormes' gnawing 'the kingdome to the bone'.

We don’t know for sure what supplies the passengers on the Mayflower brought with them but it is likely to be similar to the provisions described in this rare broadside. 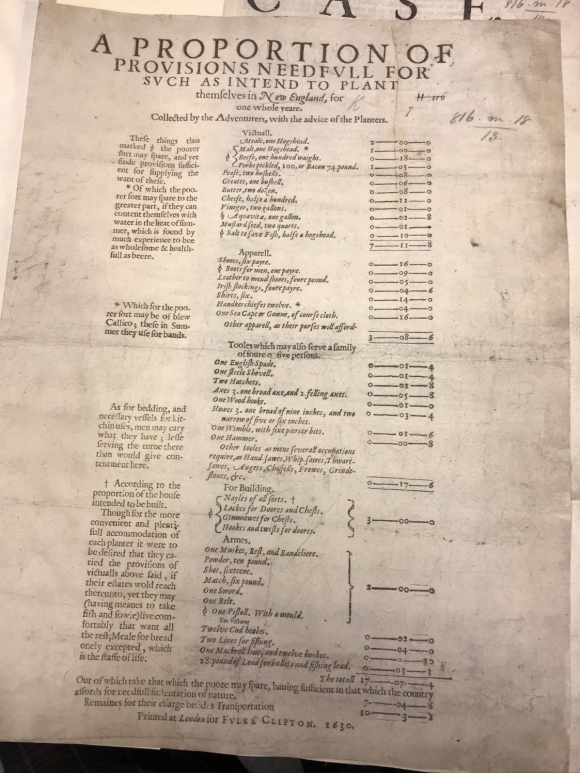 A Proportion of Provisions Needful for such as Intend to Plant Themselves in New England, 1630 816.m.18(13)

The Atlantic crossing itself took 66 days and was beset by winter storms.  The colonists didn’t intend to settle in modern-day New England.  The Mayflower was bound for Virginia but it was forced to anchor in Provincetown Harbour, Cape Cod, due to rough seas.