‘Can you sign this for me?’ Collecting the autographs of famous 17th century figures

There are many treasures in among these new digital acquisitions, but in particular we would like to introduce two curious albums full of signatures.  Their shelfmarks are Add MS 15736 and Add MS 17083.  These manuscripts may not appear at first to be the most illuminating of manuscripts as their pages contain sparse annotations rather than full, descriptive text.  They serve a completely different purpose to those manuscript formats that we are accustomed to, those of letters, diaries, transcripts, drafts and official accounts, but regardless, they offer a fascinating insight into 17th century society, fame and friendship. 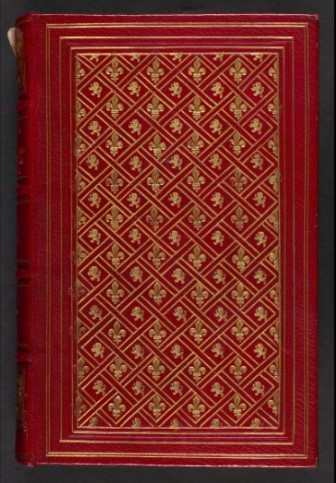 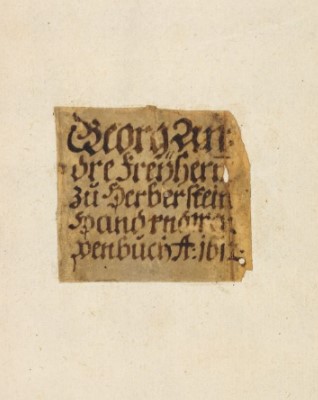 This is the friendship album or ‘stammbuch’ of George Andrew.  In this book, George Andrew collected the autographs and drawings of the arms of well-known individuals during the years 1612 – 1623.  These autographs were principally collected at Strasbourg and Stier.   Autograph albums such as this one emerged in the German and Dutch linguistic regions and were used by students as a form of memorabilia and a way of recording contacts one had made.  Their initial purpose was decidedly sentimental and they would function in a similar way to the high school yearbook does today.  However, the tradition of collecting signatures grew in popularity and moved out from the immediate vicinity of early modern universities into wider life.  People would carry them on their person during their travels and during their academic life, using them to record dedications from friends, but likewise as a compendium of significant contacts.

George Andrew’s book contains some very famous signatures which he would have been proud to hold and show off to his friends. 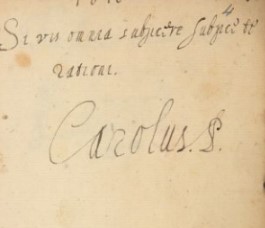 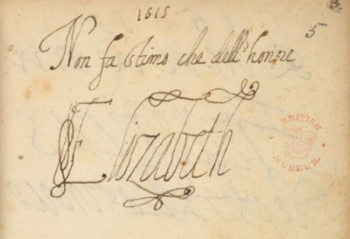 These manuscripts can show us who was of importance in the 17th century. Aside from the autographs of princes, kings and queens that these books contain, there are also many bishops, scholars and other members of the aristocracy.

The tradition of collecting autographs and dedications also involved collecting visual representations of significant figures.  The friendship album of Sir Thomas Cuming (Add MS 17083) includes a large number of coats of arms that have been painted onto the pages.  These beautiful and delicate paintings would often have been commissioned by the new acquaintance by an artist on their behalf.   One can see how these volumes full of tens of careful paintings would have become quite precious items to their owners. Add MS 17083, f.3v. The Arms of Frederick V, Elector Palatine of the Rhine and f.7v. coat of arms of George William Margrave.

These volumes are also illustrative of a particular power structure in place in the 17th century.  The volumes belonged to men because these were part of the traditions of the university arena to which women were not admitted.  They were supposed to present an image of their owners as well-known, connected and cosmopolitan men.  The signatures in these books shows us a network of powerful individuals as only the privileged would have been able to write in this era.  The books are a who’s who of 17th century Europe, an index of the influential, and an equivalent contemporary autograph collection like this would be hard to come by.

Posted by India Office Records at 09:00:00 in Leisure , Manuscripts