The Law of Forfeiture: Applying English Traditions in India?

In a delicate case from 1864 the Privy Council considered whether the English practice of forfeiture following a suicide should apply to a subject of the British Raj.

Following the death of Rajah Christenauth Roy Bayadoor in Calcutta on 31 October 1844, a second will was discovered, written by him that morning, which left a portion of his estate to the East India Company (EIC).  Since his death was by his own hand, Bayadoor’s widow, Ranee Surnomoyee, disputed the validity of this will on the grounds that it was not written in sound mind.  The court found in favour of Ranee Surnomoyee, declaring the second will to be invalid. 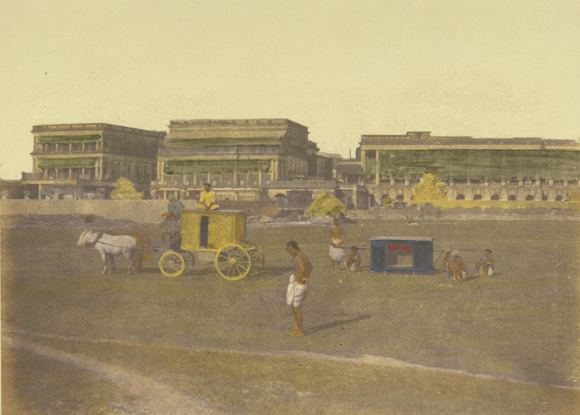 The Court House, Calcutta, where the case would first have been heard.  A hand-coloured print from the Fiebig Collection: Views of Calcutta and Surrounding Districts, by Frederick Fiebig in 1851. British Library Online Gallery

An appeal was then made to the Privy Council against this verdict on behalf of the EIC, citing the law of forfeiture in cases of suicide.  A digitised copy of the response of the Council is available to view on the website of the British and Irish Legal Information Institute (BAILII).

Known as felo-de-se within English common law, meaning 'crime of his-, or herself', suicide in England was associated with restless souls.  Confirmed victims were historically buried at crossroads with a stake through their heart, possibly in an effort to stop the soul from wandering.  The law was only changed to allow burials within churchyards following the tragic death of Foreign Secretary Viscount Castlereagh in 1822.   Even then, restrictions still applied.   In her book on Victorian attitudes to suicide, Barbara Gates states that churchyard burials were allowed without Christian rites and restricted to 'at night, between the hours of nine and midnight, and his/her goods and chattels must still be turned over to the Crown'. 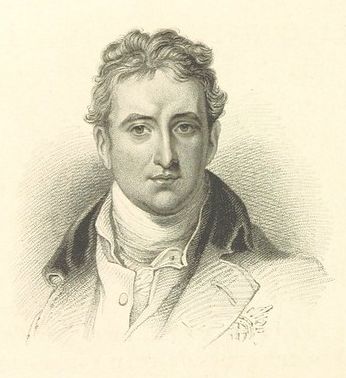 Robert Stewart, Viscount Castlereagh, took his own life in 1822, probably due to stress and depression caused by the strain of his political career and public unpopularity. The suicide of such a public figure inspired the re-examination of related English laws. Image from Jonah Barrington, Historic Memoirs of Ireland (London, 1833) BL flickr

Intended as a deterrent to criminals, the law of forfeiture passed the deceased’s property to the Crown and away from inheritors.  It also applied to suicides, which were considered a crime against the individual, God and the Crown.  Abolished by the Forfeiture Act 1870, the practice was applied infrequently, even at the time of our case.

In the appeal the representative of the EIC did not further contest the second will.  Instead he argued that English law, including forfeiture, applied in the colonies.  The privy councillors therefore had to consider the application of these laws in India.

They examined cultural differences between Britons and Indians to find examples of where British law did not fit with Indian traditions.  The main examples given by the Council were polygamy and child marriage.  Although shocking to Victorian sensibilities, these were part of the culture and beliefs of Indians at the time and so the EIC had allowed them to continue.  Therefore, by adapting English law to suit Indian culture, the EIC had set a precedent.

In conclusion, the Privy Councillors expressed their surprise at an effort to enforce forfeiture following a suicide as late as 1844 and their confusion at its application to an Indian Hindu.  They found in favour of the descendants of Rajah Christenauth Roy Bayadoor and allowed them to retain possession of his property.