The truth behind the myth: the colonial legacy of the Mayflower voyage - No.4 The first 20 years of Plymouth Colony continued

A massacre by Plymouth Colony militia

This is a journal chronicling events that occurred between 1622 and 1623 in and around the Plymouth Colony, obviously from a colonialist perspective.  One event in particular stands out. 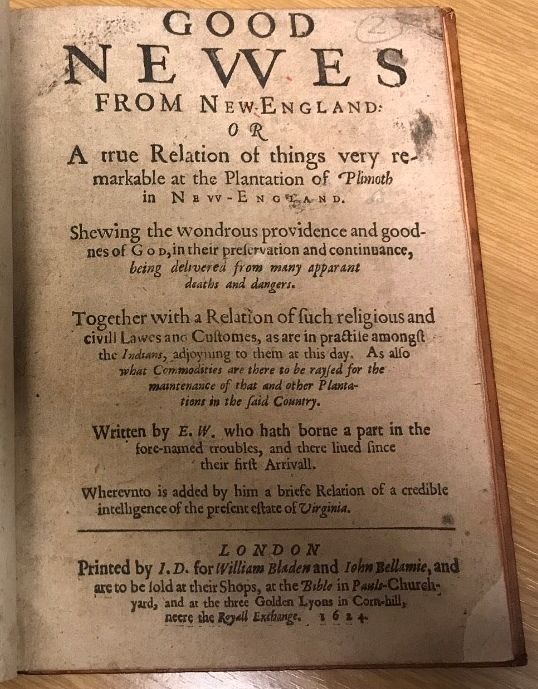 During these early years of the colony there was a growing threat from the Narragansett and Massachusett tribes.  At the same time, more badly provisioned men were arriving at the colony amidst a shortage of food.  They settled at nearby Wessagusset and stole corn from the Massachusett tribe.  Tensions grew and rumours reached Plymouth of an oncoming attack.

To purportedly pre-empt this, the Plymouth militia massacred a group of Massachusett visitors in Wessagusset.  This atrocity is described by Winslow in this book as 'the just judgment of God upon [the Native American’s] guilty consciences' for plotting against the English. 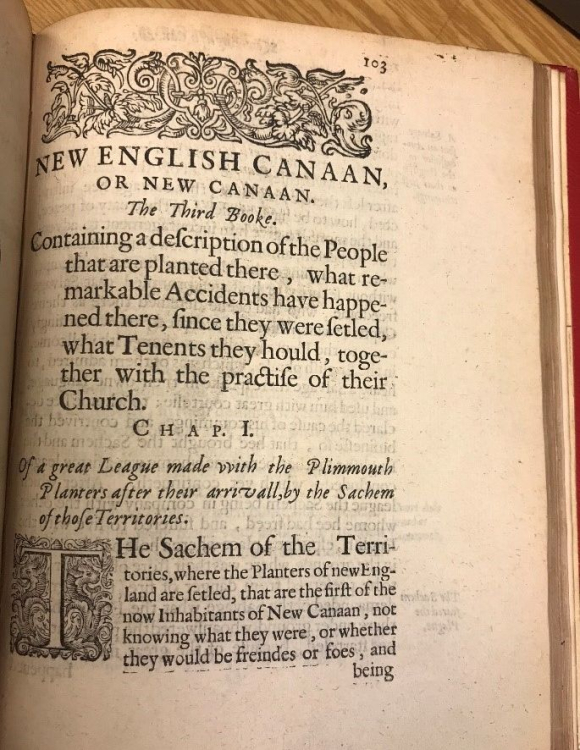 The majority of contemporary printed sources about the Plymouth Colony were written by the colonists themselves or to promote further settlement in North America.  Thomas Morton, however, wrote from a different perspective.

His book is a harsh critique of the Plymouth Colony’s treatment of the native people, who Morton describe as more 'civilised and humanitarian' than the colonists.  Morton claims that Massasoit only made peace with the colonists because they claimed to keep the plague in their powder store and said they could unleash it at any time.   He also recounts the atrocity at Wessagusset, describing how the colonists 'pretended to feast the savages' before stabbing them with their own knives. 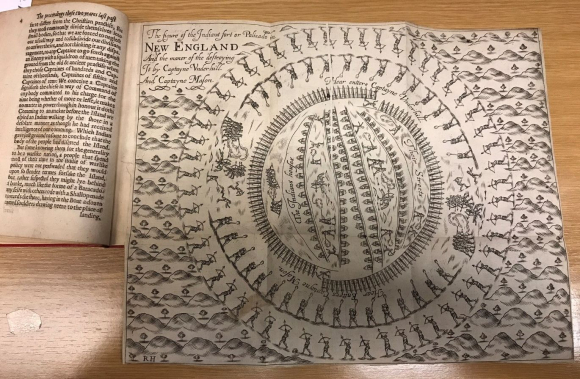 John Underhill, Newes from America; or, a New and Experimentall Discoverie of New England; containing, a True Relation of their War-Like Proceedings, 1638. C.33.c.25

This engraving depicts the Mystic Massacre in 1637, a brutal attack by colonists and their allies on a Pequot fortified village during the Pequot War (1636-1638).

The war against the Pequot tribe was fought by an alliance of the colonists of Plymouth, Massachusetts Bay and Saybrook colonies and their allies from the Narragansett and Mohegan tribes.  It was ostensibly caused by tribal competition for political dominance and control of the fur trade, however this power vacuum only existed as a result of European involvement in the region and the spread of epidemics that reduced native populations.

The violence at Mystic horrified the colonists’ tribal allies.  Over 500 Pequots died, including women and children, as the village was torched. By the end of the war, the tribe was effectively extinct.

The loss of tribal lands 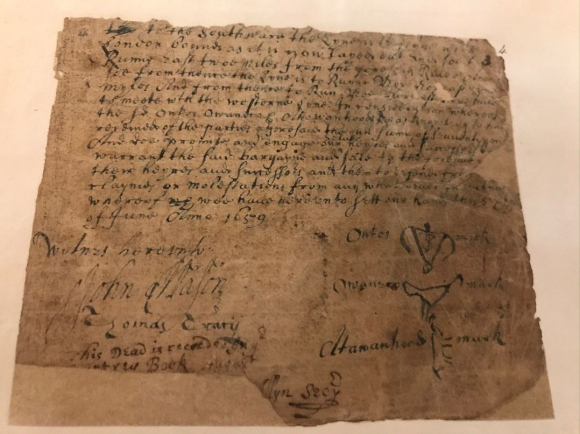 Collection of Sundry Original Deeds of Conveyance of Lands ceded by Indian Sachems to English settlers in New England, from 1659 to 1711. Lansdowne MS 1052

These are original manuscript deeds showing the purchase and transfer of lands from Sachem Uncas, of the Mohegan tribe, to English colonists. The Mohegans allied with the English colonists during the Pequot War and later conflicts such as King Philip’s War. This was to defend themselves against the Narragansetts.

By 1676 Uncas had suffered heavy losses and, in this weakened position, he ceded all Mohegan lands apart from a reserve of farms and hunting grounds to the colonists in exchange for protection.  Tract by tract, field by field, Native American lands were slowly lost to the English colonists during the 17th and 18th centuries.