The truth behind the myth: the colonial legacy of the Mayflower voyage - No.5 Colonial New England from the 1640s onwards

During the 1630s up to 20,000 people emigrated from England to New England.  This period is known as the Great Migration and many of the emigrés were separatists or puritans.  However, colonial life wasn’t for everyone.  During the 1640s, more puritans returned to England than left.  Many returned to fight in the English Civil War.

In the latter half of the 17th century, English colonies expanded throughout the territories of several Algonquian-speaking tribes.  The English established praying towns to convert local people to Christianity.  Relations between Plymouth Colony and the Wampanoag tribe broke down, increasing tensions further.

The war that followed, known as King Philip’s War (1675-1678), was the deadliest conflict seen in North America.  The colonists won; thousands of Native Americans were killed or sold into slavery. It was a huge blow for their resistance to colonisation.

Anxieties about the English Civil War by an early female poet 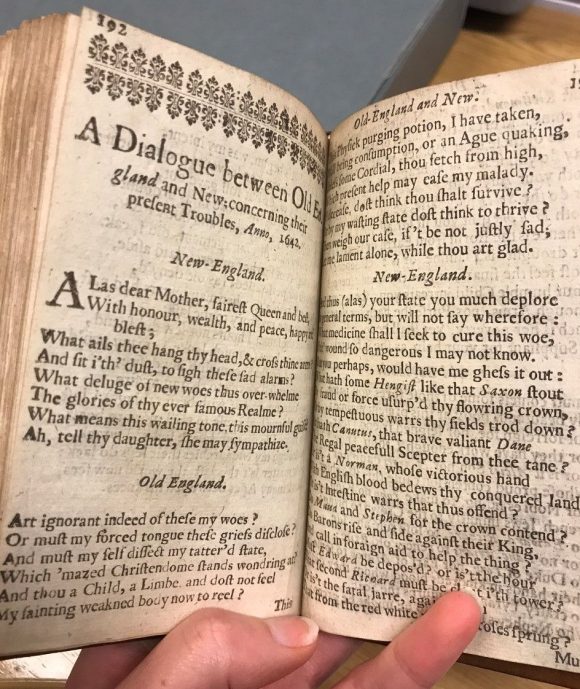 Anne Bradstreet (1612-1672) was an English poet and one of the first female writers to be published in North America.  She emigrated on the Arbella in 1630 and settled in Massachusetts Bay Colony with her family.  Her 1642 poem A Dialogue Between Old England and New is about the English Civil War.  Young America asks Mother England what is troubling her, to which she replies 'a new conflict' and laments her ‘plundered townes’ and her ‘young men slaine’. 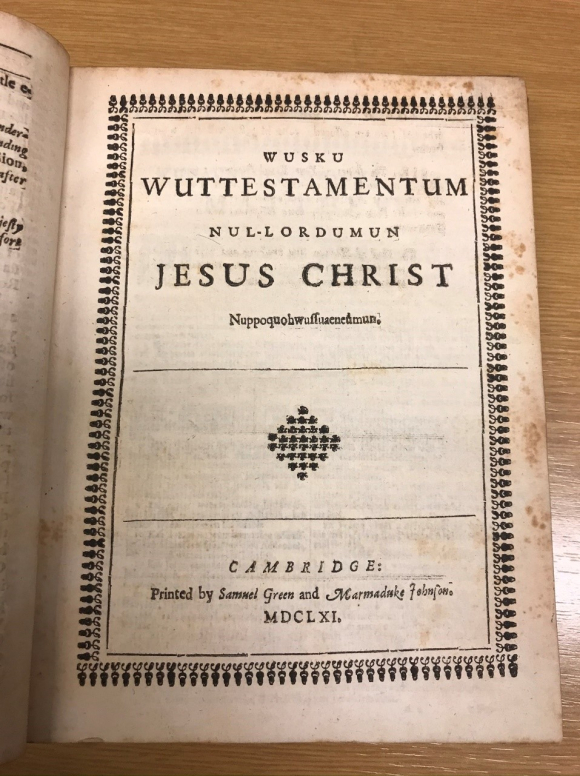 This is the first translation of the Bible into the Massachusett language, printed at Harvard College in Cambridge, Massachusetts in 1661. It was produced for so-called ‘Praying Indians’ – native people who had been converted to Christianity.

It was jointly translated by John Eliot, a Christian missionary, and Cockenoe, a Native American captured and enslaved during the Pequot War in 1637. Cockenoe taught Eliot the language and acted as his interpreter. This book is known as the Eliot Indian Bible, underplaying Cockenoe’s vital involvement in the work. 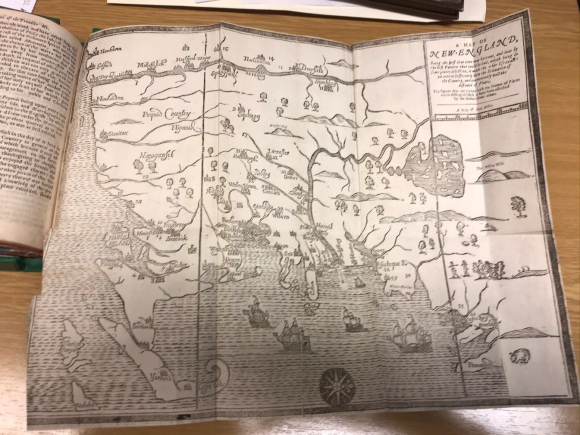 William Hubbard, A Narrative of the Troubles with the Indians in New-England, Boston: Printed by John Foster, 1677, G.7146

This is the first printed map produced in North America.  It was cut by John Foster and is orientated to the west instead of the north.  The map conveys a political message, illustrating the English settlements attacked by Native Americans during King Philip’s War (marked by a number next to the place name).  This was meant to emphasise the violence of the Native Americans.  The map does not reflect Native American lands or the devastating impact of the war on tribal populations in any way.

The first transatlantic slave voyage from an English port to an English colony via the African coast was to Barbados in 1641.  However, enslaved African people were bought at South American and Caribbean ports and transported to New England from the 1630s.  English involvement in slavery increased in frequency from the 1640s onwards.  Some colonists in Plymouth Colony owned enslaved people. 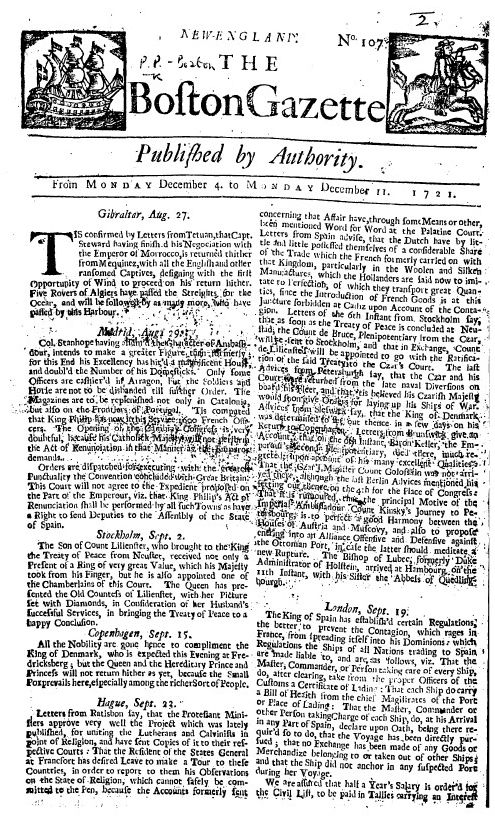 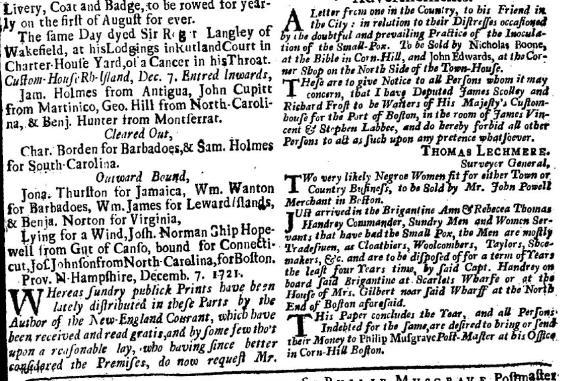 This is an issue from 1721 of the Boston Gazette, one of the earliest newspapers printed in colonial North America.  In the left-hand column, you can see the news of inward and outward bound ships.  Many of these were slave ships.  In the right-hand column, there is an advertisement for the sale of ‘two very likely Negroe Women for either Town or Country Business, to be sold by Mr. John Powell Merchant in Boston’.